2012 so far has been a remarkable year for top flight albums throughout the country world. That compelled me to tweak my regular mid-year format to not just include any album that has received a positive review (though these are all listed at the bottom), but instead highlight the ones that I think have a serious chance to be considered for Album of the Year. So though this list may be shorter than normal, this is the best of the best. To already have six Album of the Year contenders in only 6 months speaks to just how strong the upper eschalon of albums could be, and already is in 2012. A bumper crop to say the least.

Please understand this list just includes albums that have already been reviewed by SCM. There may be others out there still needing to be reviewed. And if you see an album you feel is left off, or you want to leave a list of your own, by all means, navigate to the comments section and share. 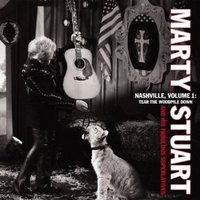 Right now, nobody is doing more to save country music than Marty Stuart. And he doing it by revitalizing the roots of country why still being cool, fresh, relevant, and loud.

“You know those periods in an artists’ career that you look back on like they can’t do wrong, churning out amazing songs and albums one after another? Hank Jr. from Whiskey Bent & Hell Bound to The Pressure Is On, Willie & Waylon after they’d shaken loose from the grips of RCA in the mid 70”²s. That’s the kind of epic and influential period were in the midst of right now with Marty. What a blessing it is to realize this and to be able to experience it all in the present instead of trying to relive it through the past.” (read full review) 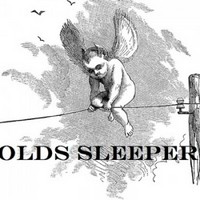 Can an album from some local musician who doesn’t tour much win Album of the Year? He did last year in the name of Slackeye Slim. How about an album that’s given away for free? Why not when it’s this good, and the always-assiduous Olds has put out yet another free album I haven’t even had time to process yet called Head First. Olds Sleeper may be some musical genius that it takes years to discover the depths of.

“The fact that he’s just some weird guy, hunkered down in a walk-in closet with a 4-track or something, who plays all his own instruments and does all his own recordings, rarely plays out live, and puts out albums at a 4-per year clip and makes them all cheap or free, doesn’t diminish from one’s ability to take him seriously, it adds to his mystique. Sure, there’s tons of armchair musicians out there balancing studio time in their basement between a bad job and honey-do’s, but they rarely, if ever have the level of substance, heart, and dedication that Olds Sleeper does.” (read full review) 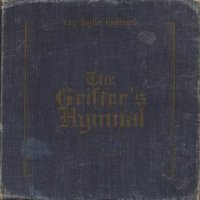 Hubbard’s previous album A. Enlightenment was nominated for SCM’s Album of the Year in 2010, and as I said in the review for The Grifter’s Hymnal, this one is better. The songs are more song-like, the album is a more cohesive concept. Hubbard may not be country, but he’s real, and that makes him more country than most of what flies that flag.

“If there’s honor amongst thieves, then it only seems fitting there should be a Grifter’s Hymnal. And if there’s going to be a Grifter’s Hymnal, it’s only fitting Ray Wylie Hubbard should compose it. The ingredients of grifters are already mixed there on his palette: Tales of dead and dying things and dens of iniquity, the struggle or the soul between good and evil, and the difficulty sometimes of telling the two apart. But to have a hymnal you also must have a message, and you must be able to convey that message with eloquence, poetical prowess, wit and rhyme. Well don’t worry, it’s all here. Just open it up and sing along.” (read full review) 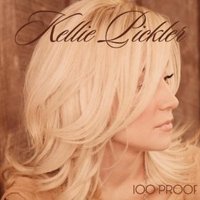 Saving Country Music likes an album put out by a former American Idol contestant that came from Music Row? You bet it does, and unabashedly so. The industry may be ignoring this record, but I refuse to. And yes, there is a chance it may be named the best all year. And if it is, it won’t be just to send a flying middle finger at the radio DJ’s and industry type ignoring it, it will be because it is the best.

“If you are truly a fan of country music and have an open heart, you will like 100 Proof. In the Tammy Wynette, Loretta Lynn mold, 100 Proof revives the lost appreciation for the strong, yet sweet country woman, while staying away from the surface symbolism that erodes the substance from many of the other artists that attempt this difficult feat. This is one of the best albums to come off of Music Row in years, and may turn out to be one of the best in 2012, periodan opinion I fear we may see validated in lackluster sales and the absence of hit singles from it. The mainstream may not support in en masse, but I will.” (read full review) 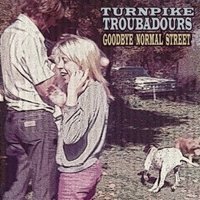 I still feel like the Turnpike Troubadours have room to grow, which is so very exciting when you already hear the strength displayed in this album.

“Call it a maturing or a coming into their own, but this album marks the most solid offering from this Oklahoma-based band yet, and a defining of their sound, their place in the music world, and as a band that music world should pay more serious attention to…The Turnpike Troubadours make songs about love cool to listen to again. This is also their ace-in-the-hole, what makes them a band that could break out…Goodbye Normal Street says goodbye to the silly love and heartbreak song formulas that saddle corporate FM, and says hello to how love songs and sad stories in country music should be.” (read full review) 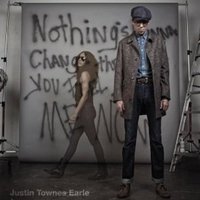 I didn’t even give this album the full two guns up in the review, though I left it open for augmentation in the future. I still have reservations about the whole “Memphis” album concept and how that relates to some of the songs, but when you talk about strength of songwriting, it doesn’t get any better than Nothing’s Gonna Change…. I still may change the review to two guns up, and it still might win Album of the Year without it. Songs like “Maria”, “It Won’t Be The Last Time,” and “Unfortunately, Anna” are just that magnificent.

“There is not a bad song on this album. We see JTE return to the honest, heavy-hearted songwriting that has become his signature. Though this album is hard to warm up to. JTE’s voice may come across as unusual at first, maybe even weak, and the production may seem out-of-place or even droning because it is such an unusual approach for him, or any artist originating out of the Americana world. But when you give it time, it all starts to work. I think time will be a great ally of this album, just as much as the short-term may be a hindrance.” (read full review)

Other Great Albums to Check Out: