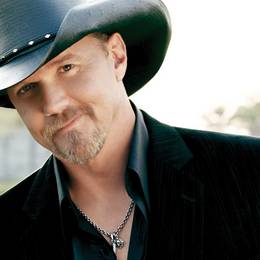 Country star Trace Adkins has checked himself into rehab according to Country Weekly after taking his first drink in 12 years and ending up in an altercation with a Trace Adkins impersonator aboard a “Country Crusin'” cruise ship headed for Jamaica. According to TMZ, the Adkins impersonator was in the midst of a Karaoke routine when Adkins got in a physical altercation with him. When the cruise ship arrived in Jamaica, Adkins left the ship and subsequently checked himself into rehab. Adkins was scheduled to continue on the cruise, but his performances have subsequently been canceled.

Singer Steven Barker Liles for the group Love & Theft  was also aboard the cruise ship, and told radio.com that it was when the impersonator started signing autographs similar to Adkins is when the singer snapped. But according to Liles, no punches were thrown. Adkins just got into the impersonator’s face.

Adkins had been open and candid about his battles with alcohol in the past, and about his sobriety over the past dozen years. A publicist for Adkins released a statement, saying, “Trace has entered a treatment facility after a setback in his battle with alcoholism. As he faces these issues head-on, we ask that his family’s privacy will be respected.”

This is not the first time Adkins has been to rehab. After pleading guilty to drunk driving charges, he spent a month in the Cumberland Heights Alcohol and Drug Treatment Center near Nashville in December of 2002.

Adkins does not have any more scheduled performances until February 8th in Harrisburg, Pennsylvania.