Tracking The Character “Lorrie” Through the Songs of the Turnpike Troubadours 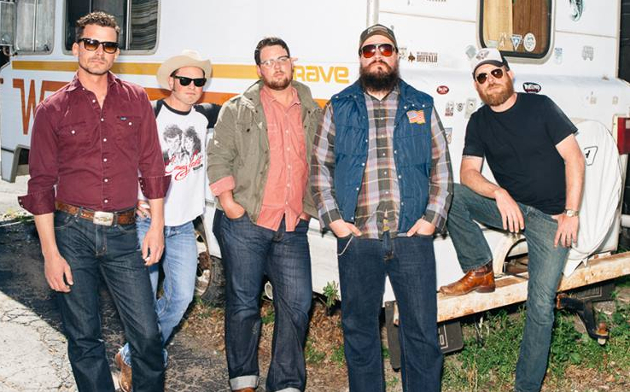 It shouldn’t be a secret anymore that the singer and frontman for the Turnpike Troubadours is one of our generation’s greatest songwriters. Evan Felker continues to deliver, and as the lineage of his songwriting catalog continues to elongate, not only have his skills as a songwriter been verified, one particular revolving character has emerged for attentive listeners, making these songs even more compelling, and instilling them with a deeper, more involved narrative.

In the first song released from the Troubadours’ upcoming album A Long Way From Your Heart out October 20th, a familiar female protagonist for many Turnpike Troubadours fans re-emerges. “Lorrie,” who has now made an appearance in numerous Turnpike songs, becomes the heroine of “The Housfire”—a song described quite well by the title.

“Lorrie grabbed the baby, and she made it safe outside,” Felker sings. “She never missed a note. Took a breath and cleared her throat, and wrapped him in a Carhartt coat she found out in my ride.”

Later in the song, this Lorrie character calls the volunteer fire department as Felker contemplates his life after everything goes up in flames.

And though Lorrie may seem like just another character who’s given a random name in a song, studious Turnpike Troubadours fans know Lorrie has a much deeper history with the band. Even novice Turnpike fans probably remember Lorrie in one of Turnpike’s most signature songs, “Good Lord, Lorrie” from their 2012 record Goodbye Normal Street. That song is kind of an epic, following the story of Lorrie being taken from her home by a rambunctious beau played by Evan Felker, only to have the relationship end in disaster. Felker’s lyricism has the uncanny ability to capture poignant moments in life in memorable and resonant phrases that ring nearly as potent as the moments themselves, and “Good Lord, Lorrie” is a prime example of that prowess. In 5 minutes, Felker is able to make you feel things for people you’ve never met, like Lorrie.

“Lorrie lit a cigarette and smiled and waved the smoke out of her face,” goes the song. “With her black hair brown from the summer sun, green eyes looked around the place.”

But we don’t really learn a lot about Lorrie specifically in “Good Lord, Lorrie” aside from a little bit of information about how she looks. Though just like all great songwriting, the lack of specificity for Lorrie stimulates the mind to create its own narrative and details around her as she acquires bits and pieces of personality traits attributed by the tidbits from the songs. That’s what makes Lorrie into someone real, someone familiar, and someone you care about, or are at least are intrigued to learn her fate beyond the few minutes of a song.

Yet the song “Good Lord, Lorrie” and the new one “The Housefire” are mostly about the male character in the song, and his mental state amid tragedy. But these are just the bookends of Lorrie’s existence in the Turnpike Troubadour universe. We get the best glimpse of Lorrie herself when she shows up in the song “The Mercury” from Turnpike’s 2015 self-titled album.

Her kind of loving is a little like a fist fight
Alright, alright
The kind of thing you never see before midnight
Girl, I know you’re gonna wreck this town
Won’t tell me where to be when the walls start falling

So now we have a better snapshot of Lorrie—if this is the same Lorrie from the other songs that is—though Evan Felker never confirms this, deepening the mystery. Is Lorrie from “The Mercury” the one that emerges after the Felker character took her from her hometown in “Good Lord, Lorrie,” and the lovers fell out of favor? The Lorrie of “The Mercury” is sort of a badass, and a little rambunctious, perhaps uninhibited from her earlier incarnation after the heartbreak.

Yet “The Housefire” finds Lorrie settled down, and a mother—that is if the child she saves is her own.

Is Lorrie the subject of other Turnpike songs? Is she based off of a real person? How about Jimmy, who also shows up in multiple songs? What other characters might be recurring? In the end we still don’t know much about Lorrie, and that’s probably how it should stay, so that she can become whomever she needs to be to each of us, fulfilling an archetype and giving us someone to follow as we listen to wherever the next Turnpike Troubadours song takes us in time, place, mood, and character. We care about Lorrie, and are curious about her fate. And that’s what makes a new Turnpike song something more than just another recitation about people we don’t know.