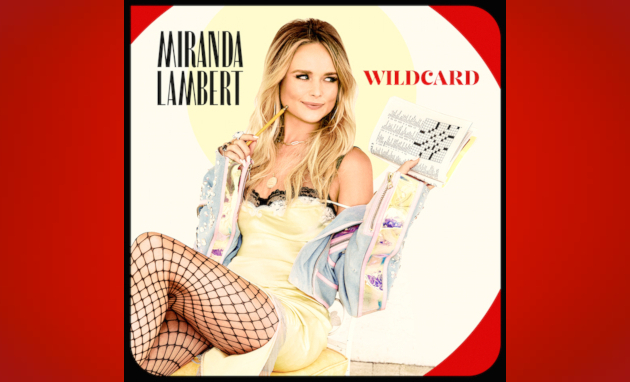 Miranda Lambert’s latest album will be called Wildcard, and it will be released November 1st via Vanner Records/RCA Nashville. The new album was officially announced on Thursday (8-15) along with the release of now a fourth song from the record called “Bluebird” (listen below). It joins “Locomotive,” “Mess With My Head,” and the current radio single “It All Comes Out in the Wash” as pre-album releases.

“When people listen to this record, I want them to know that I see them and hear them,” said Miranda in a press release. “I feel you, because I’m just a girl from East Texas, writing about all the things that go on in my world and in the worlds of people around me. I want people to get along, you know, just be who you are, own it and move on from the moments you couldn’t live in.”

A regular champion of quality songwriters, Wildcard will be no different, even if the sound and approach is. A long time collaborator with producer Frank Liddell, Miranda went with well-known mainstream country producer Jay Joyce on the upcoming record. Where Liddell is known for being a loose and organic producer, and for being the husband of Lee Ann Womack, the reputation for Jay Joyce is of more of a rocker, primarily from his work with Eric Church and Ashley McBryde. This new approach has definitely come out in the debut tracks from the record, with an especially rock edge to “Locomotive” and “Mess With My Head.”

Miranda told the Chicago Sun-Times in June about the record, “I would call it old Miranda, but a Miranda at a whole new level, if that makes any sense. It’s not going to be love song overload or anything like that. [Laughs] I made a career on being a rock and roller and I think fans are going to hear that throughout. And yeah, there is this vibe of being happy that goes through this album. I am really, really happy.”

Wildcard is now available for pre-order.