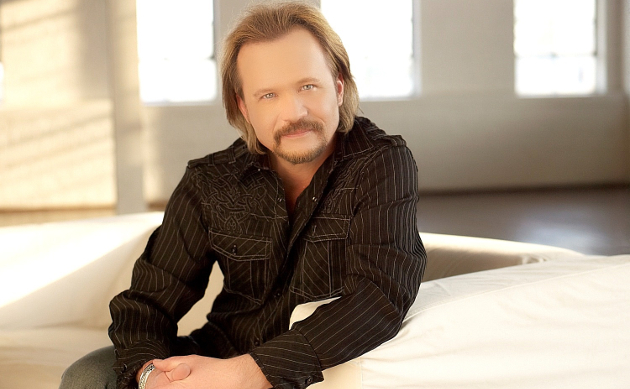 When we first got word of a new reality TV singing competition coming down the pike via the USA Network called “Real Country,” and that the judges were going to be none other than pop country pretty boy Jake Owen and the Queen of Crossover Shania Twain, it was worth a chuckle to say the least. Hey, think what you want about Jake and Shania positive or negative, but placing both under the umbrella of “real country” as judges is downright laughable, and appeared to be yet another co-opting of a phrase used to distinguish actual country music from the version of pop it has mostly morphed into today, similar to how Music Row has corporatized the term “Outlaw.”

But recently they announced that a third judge for the show would be none other than outspoken and hard-nosed country music tuffy Travis Tritt. All of a sudden this brings a whole new dimension to what could transpire on “Real Country.” Tritt not only has a propensity to write and sing real country music himself, he’s also willing to call it like he sees it, including being heavily critical of the direction of country music, and some of today’s stars.

Just in the recent past, Travis Tritt has called out some modern country artists for trying to be something they aren’t, he added a new verse to his song “Country Ain’t Country” criticizing CMT, lashed out at Brantley Gilbert for disrespect, and questioned why Beyonce was given a performance slot at the 50th Annual CMA Awards when other country artists were excluded.

Okay, but if the Travis Tritt that shows up for the tapings of “Real Country” has been neutered via contractual obligations and promises to producers to play nice, what will be the ultimate implications? Well according to Travis Tritt heading into the show, he’s planning to be himself, and to be honest.

“I’m in Nashville to start production of ‘Real Country’ with Shania Twain and Jake Owen,” Tritt tweeted out on August 19th. “My main goal is to showcase truly traditional country music artists and bring our kind of music back into the focus of the mainstream. This should be fun!”

If Travis Tritt upholds his vow, this could turn very interesting, if not combative on the set as debate is stirred. By being willing to break bread with country music sinners, Travis Tritt could do a lot of good preaching the real country gospel. He also may add something many of these reality singing shows are woefully missing—a plain spoken, pull-no-punches critic who can help aid the creative process by offering hard but constructive criticism to contestants.

Granted, this is just one of many reality TV singing competitions on a cable station, so we shouldn’t get too ahead of ourselves dreaming of the greater implications. But it could become an interesting forum to teach viewers the difference between today’s pop-oriented radio format, and what millions of “real” country music fans believe the genre should represent.

“Real Country” is set to air on the USA Network starting November 13th, and has also announced that celebrity guests will include Willie Nelson, Wynonna Judd, Trace Adkins, and Big & Rich. “Real Country” still may not be worth watching, but it is worth keeping an eye on just in case Travis Tritt’s tuffy attitude ignites fireworks, or stimulates constructive debate about what “Real Country” actually is.