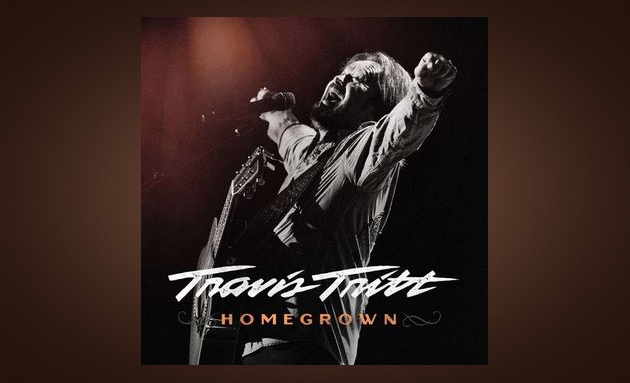 It’s been some 12 years since Travis Tritt released a proper studio album, but he’s been tiding fans over in the interim with releases from his dynamic live performances that have been keeping fans quite satiated. The latest is a new live video performance with his full band called Travis Tritt: Homegrown, which was filmed at the Bell Auditorium in Augusta, Georgia in 2018. It is set to premier on AXS TV on Sunday, June 2nd at 9 p.m. ET/6 p.m. PT.

Including performances of some of Travis Tritt’s best-known hits such as “Put Some Drive In Your Country,” “I’m Gonna Be Somebody,” “Whisky On Ice,” “Country Club,” “Here’s A Quarter (Call Someone Who Cares),” “T-R-O-U-B-L-E,” it also includes plenty of stage banter and stories that his live shows are known for, including an homage to Waylon Jennings and a rendition of “Lonesome, On’ry And Mean.” At the moment, the show is only set to be viewed on AXS-TV, but don’t be surprised if it is released digitally or to DVD similar to other specials, and if the audio from the concert is made available in album form.

Travis Tritt is also set to participate in an interview with Dan Rather on June 4th from the Country Music Hall of Fame where he talks in depth about his legendary career, including how he was labeled an “Outlaw.” “I looked different than all the rest of the guys,” Tritt says (see clip below). “They were clean cut… They starched and pressed their blue jeans… Meanwhile I was wearin’ a lotta leather. I had hair down to here… and I was very heavily influenced by Blues as a kid. When I tried to bring that extra stuff in… I got a lot of push back from the Nashville establishment.”

Travis Tritt also famously refused to wear a hat on stage, resulting in his “No Hats” tour with Marty Stuart at the time. “I was tryin’ to set myself apart,” Tritt says. “Second reason, and the more practical, was I had all this hair back then… I was not tryin’ to make any kind of statements against cowboy hats.”

With two Grammy Awards, four CMAs, five #1 singles, and 19 Top 10’s, Travis Tritt helped put the drive into country, both sonically and commercially as one of the primary members of the “Class of ’89.” Though his recorded output has slowed recently, he continues to be a strong live draw and tours often.

P.S., sorry the below clips are so thin. Take it up with AXS. The can be expanded to full screen in the bottom right corner after pushing play.