My first interfacing with the fiery, spunky singer-songwriter simply known as Tristen was at a Justin Townes Earle concert in May of 2012. I didn’t know her or her music from Adam, but there she was on stage, all 5 foot nothing in glittering green hot pants, kicking our collective asses with her songs that were so easy to befriend and so hard to forget. And like any opening artist hopes for, there I was the next day dropping coinage on her 2011 record Charlatans At The Garden Gate, and Googling the hell out of her to my little music nerdy heart’s content.

Tristen is nothing short of a creative powerhouse. She’s a Chicago native, a member of independent music’s hot east Nashville contingent, akin to an artist like Caitlin Rose for example, who happens to be friends with Caitlin and has shared bass players with her in the past. Tristen is also a perennial performer on the cool country roots program Music City Roots. If you squint really hard, and maybe listen very selectively to her music, you might be able to convince yourself that what Tristen has done in the past could be construed with the right amount of rhetoric and coercion as “country,” but really Tristen is simply a songwriter, who seems to have little regard for a genre-specific career path, if she doesn’t downright loathe the idea.

Tristen is not a hunter, she’s a gatherer, listening intently to any song or influence regardless of format or era, and eagerly mining the little nuggets of nostalgic, retro gold that allow the warmth of memories to flow freely from the inner mind of listeners to lovingly embellish a song. She then embeds this warmth into her completely original, modern-day compositions resulting in music that is both fresh and hauntingly familiar. The magic Tristen spins is really akin in spirit what a band like BR549, or some other country neo-traditionalist act might do by referring to the past in the modern-day context, but Tristen has the confidence, knowledge base, and insight to not discriminate based on traditional genre distinctions.

Her 2011 album Charlatans At The Garden Gate is like a big, rotund watermelon: it just keeps on giving, parceling out little treats, and there’s not a soft patch to be had. Songs like “Eager For Your Love” and “Doomsday” are just screaming to be scooped up by some big name and be made into mega hits, while tunes such as “Avalanche” and “Battle Of The Gods” may be a little more fey, but refer to Tristen’s competency in advanced composition. “Baby Drugs” is sinisterly crafted, speaking right at the heart of how the modern-day 20-something brooding male is just about worthless, and frustrating in the arms of driven females looking for fulfillment and only finding unmotivated, drooling pot hungry video game addicts for sexual partners. The song is also accompanied by a genius video.

But if Charlatans At The Garden Gate had a wart, it’s that it seemed to be a little bit lacking in the production department; like Tristen’s vision and creativity outpaced the budgetary restrictions and artistic resources at her dispose. That is not the case with her 2013 album that she Kickstarted and then released in October through Thirty Tigers called C A V E S. It is expansive, and more than adequately fleshed out, pulling from a very broad spectrum of both analog, digital, and human-generated sounds to make it her most complete and ambitious project yet.

At the very end of that Justin Townes Earle opening slot Tristen played back in 2012, she completely shifted gears for the final song in both style and presentation, pulling out a tune called “No One’s Gonna Know,” (whose subsequent video would also include the glittering green hot pants), accompanied by these somewhat choreographed, somewhat improvised hand gestures and such, prancing across stage, telling you beyond the song itself that this was something completely different—a gear had been shifted—and that is exactly what you get from Tristen with C A V E S. 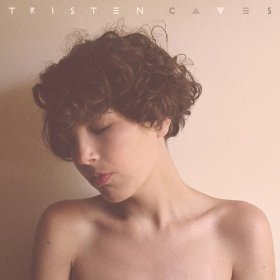 Yes, here comes that evil, evil ‘P’ word that we all love to lambast at every turn, but what Tristen does different in C A V E S compared to other so-called “pop” albums is that the point of the album is not to be “popular” in the sense of attempting to appeal to the masses by instilling the music with ultra-catchy drek or inane lyrics. It is pop music because it is not country, and not particularly rock & roll. Is this a project, like Slim Cessna’s Auto Club’s Unentitled, or other “pop” albums that use pop elements just as much for their irony or to prove a point instead of, or just as much for their inherent catchiness? You could almost infer that from the lyrical hook of the song “No One’s Gonna Know” that goes, “The only way to climb to the top is stepping on heads, you’re better off dead.”

But really, even though it is completely fair to call C A V E S “pop”, it is just as fair to call it an electronic-infused retro rock album that refers to popular music’s past to do what Tristen has always does best: pull the warmth of recollection out of the music experience and pay it forward into the modern context. By referring to popular music’s pop legacy with certain little 80’s and early 90’s-era electronic accoutrements in C A V E S, she quite simply makes an album that is splendidly-addictive and overall fulfilling to listen to. Yet still at the heart of this album is real people playing real instruments, and singer-songwriter Tristen Gaspadarek expressing herself through words to help commiserate with the human condition.

As stoppy and starty as “No One’s Gonna Know” is in places, it is damn hard to resist. The multiple harmony lines and other such layering of “Easy Out” really draws you in hard and holds you. And “Gold Star” might be the best song Tristen is responsible for so far in her career (see below), hiding a lot of in-depth creativity and composition behind what may seem to be a fairly simple pop song on the surface. Beyond these first three songs, this country critic found the rest of C A V E S somewhat elusive, aside from “Monster” getting my toe tapping, but that is probably the way the natural order of things should be, and not necessarily a knock on the project. 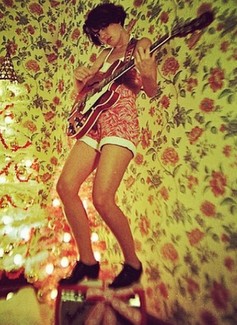 And as a country critic, I can’t help but point out that having had to dutifully listen to Taylor Swift’s recent records, you hear many somewhat similar retro electronic references back to the 80’s and 90’s in Swift’s material as you do in Tristen’s, including in Swift’s recent Soundtrack single “Sweeter Than Fiction,” and in songs like “Starlight” or “Enchanted.” What does this mean? I think it means that an artist like Tristen could be considered on the cutting edge, and starkly relevant despite the retro flavoring.

Is C A V E S country? God no; not even close. So why is Saving Country Music covering it? Because Tristen still feels like a part of the overall independent country/ East Nashville family, and an artist like her is even more prone to slip through the musical cracks unfairly because of her non-genre specific style. If steadfast country fans want to give Tristen a try, I would strongly suggest they start with Charlatans At The Garden Gate, and then give C A V E S a sniff if you like what you hear.

And I can’t help but wonder if the non-roots direction of C A V E S is on purpose. If Tristen, surrounded by the stultifying mainstream country environment in Nashville isn’t flexing her little arms with this album to say, “Don’t box me in!” and what we’ll hear from Tristen next time will be in some completely different direction to keep her fans on her toes, then I’ll eat my hat. But in whatever direction Tristen goes, I’d almost guarantee it will be steeped in the past of music and refer heavily to memory-churning elements, and that it will also be inescapably good.