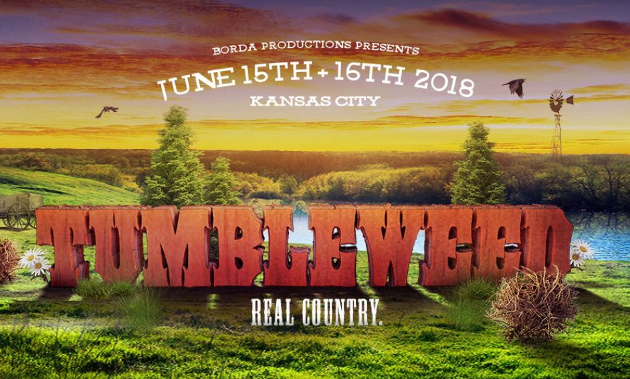 For years the fans of real country have been waiting for that one festival that represents all of their needs and desires, without having to sift through the scores of names they don’t want to be bugged with at the big corporate festivals, or the rag tag lineups of more regional affairs that don’t really embody what the true country movement is all about. In 2017, the Tumbleweed Festival in Kansas City emerged as that festival, merging the best of true country from Texas, Outlaw music from all over the country, and underground country that was still true to the roots, and putting them all on one site.

Now they have released their 2018 lineup, and it is more of the same with Marty Stuart and his Fabulous Superlatives, Texas music legend Robert Earl Keen, and Texas country’s Cody Johnson comprising the headliners, with an undercard that includes Saving Country Music’s 2017 Album of the Year winner Tyler Childers, and three other nominees for the award in Zephaniah OHora, Joseph Huber, and Lilly Hiatt.

“Above all, we are a fan-created festival,” says promoter Doug Bordegon. “We privately poll our fans and start the booking process at the top – who our fans ask to perform, we go after. The improvements they request – we make them. We’re emotionally connected to our fans and strive to create the most unforgettable happy-to-be-alive moments of their lives. From the musicians’ perspective, Tumbleweed looks to provide a blank canvass where musicians can draw outside the lines. We book artists who are connected professionally and personally… Tumbleweed becomes a true family reunion where they can make the festival their own. For artists, we allow them to go against the formal boundaries of a generic festival. This your home; be who you are.”

This year’s Tumbleweed festival will take place June 14th-16th, and has moved to a new and improved site at the 2,600 acre La Cygne (“Lay-Seen”) watershed just south of Kansas City. Along with 40 national acts, the festival will include hot air balloon rides, a zip-line, rock climbing wall, canoe trips, fishing, archery, fully equipped cabins, forest camping, and VIP experiences. There will also be a pre-party Thursday night of the fest.

Though like many of these festivals, it would still be good to see more women represented on the lineup, Tumbleweed did show an increased commitment this year by booking Texas songwriter Jamie Lin Wilson who has a new album on the way, Lilly Hiatt whose album Trinity Lane topped many critics polls in 2017, Sara Morgan who just released a record of her own called Average Jane, Savanna Chestnut from Kansas, as well as returning the duo Porter Union for a second year.

For more information and to purchase tickets, go to TumbleweedCountry.com 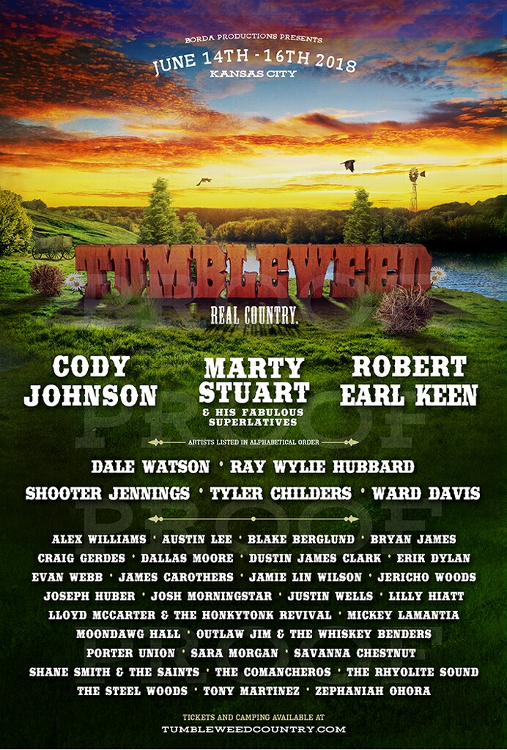