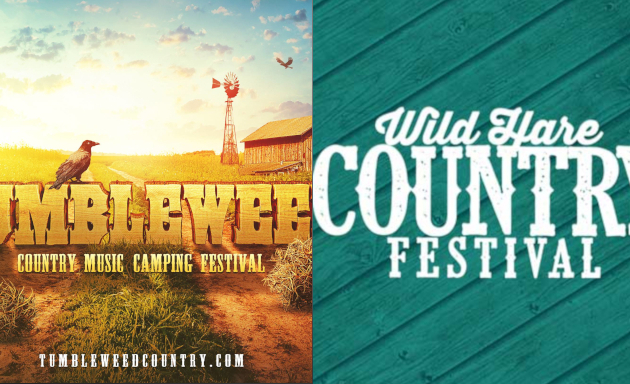 Two important independent festivals that are working hard to support and expand Texas, Red Dirt, Americana, and independent country music beyond its traditional borders will not be happening in 2020.

Fans and attendees of the Tumbleweed Festival that has taken place near Kansas City for the past five years were disappointed to read Friday morning (1-24) that there won’t be a Tumbleweed 2020. Focusing more on the independent and authentic names in country and Southern rock such as Cody Jinks, Blackberry Smoke, Whiskey Myers, Sarah Shook and the Disarmers, and more, Tumbleweed has become a fan favorite in the region.

“It is with heavy hearts that we are announcing Tumbleweed 2020 has officially been canceled,” the promoter Borda Productions said in a statement on Friday. “To maintain the integrity of the Tumbleweed experience, we were unable to obtain the proper artists to meet the expectations of our fans. Over the past five years, Tumbleweed has worked hard to bring real country fans a unique and memorable experience and we couldn’t be prouder of how our fans have supported the festival.”

On December 20th, the Wild Hare Country Fest in Canby, Oregon near Portland also decided to take a step back in 2020. Catering to both Texas and Red Dirt fans, as well as supporting local and regional talent, 2019 saw headliners Whitey Morgan and Cody Johnson perform for big crowds, and an undercard that included Mike and the Moonpies, The Scooter Brown Band, Bri Bagwell, and many more, making it a destination festival for country fans in the Pacific Northwest.

“It is with mixed emotions that we are announcing the Wild Hare Country Festival will not be taking place in 2020,” co-founders Joan Moanen and Jason Fellman said in a statement. “We are truly grateful for everyone’s enthusiasm and support during our first two years, and rest assured we are not hanging up our spurs! We just decided to hit the ‘pause button’ and focus our energy on the 2021 fest with changes necessary to keep the event sustainable for the long term. In the meantime, we will continue to support authentic Country, Red Dirt, and Americana artists who are performing throughout the Northwest.”

Saving Country Music reached out to both promoters, and while they’re disappointed they could not put together events for 2020, they both plan to return in 2021. They also both say that with soaring prices for booking talent, it has become increasingly difficult for independent festivals.

“There is an industry perception that festivals are ‘cash cows,’ and the booking fees that agencies quote reflect that,” says Jason Fellman of Wild Hare. “Often times, the cost to book an act is 3-5 times (or more) what they would earn at a one-off ticketed show in the same market. It’s a bit of a catch 22 because on the one hand, it’s the artists that MAKE the festival! On the other hand, it’s not economically sustainable if the fees aren’t aligned with the realities of the market.”

Doug Bordegon of the Tumbleweed Festival concurs. “Yes, tough time locking in some key artists and didn’t want to come out with anything less than excellent.”

This is a similar story that you hear from independent festivals across the country, in country music and beyond. As big companies such as LiveNation continue to buy up festivals and venues, pressure is being put on the more independent ones, while booking agencies often don’t worry about the local dynamic, and focus mostly on maximizing the amount of money they can get for their clients.

“The interesting part is that when you talk to Artists, they tend not to be aware of this dynamic,” says Jason Fellman of Wild Hare. “Obviously, you can’t blame agencies for striving to get top dollar for their acts in high season. At the same time, the fees have to become more realistic if we want festivals to blossom and grow the genre. Each act and their management will have to decide whether there is enough ‘strategic value’ in playing a festival in an underdeveloped market vs. cashing in during high season…. and I recognize that’s not an easy choice. I certainly don’t want to come off like I’m blaming the Artists, but rather pointing to an industry trend that appears to finally be reaching a breaking point.”