The Whitewater Amphitheater in beautiful New Braunfels, TX was treated to a show by Canadian country artist Corb Lund, second generation country artist Shooter Jennings, and top shelf Texas and Red Dirt country headliners The Turnpike Troubadours on Saturday, July 28th. Despite the oppressive Texas heat, the venue was filled to capacity, and fans were served a raucous show.

Corb Lund, who is from the cattle ranching region of Alberta, is currently on a rare Texas-centric stint as part of his bigger Western Destinations Tour, giving his fans in the Western United States an opportunity to see him first hand. Lund has been considered an honorary member of the Texas scene for years, and along with his opening set, also made an appearance with the Turnpike Troubadours to sing “Long Hot Summer Day” later in the show.

Shooter Jennings is getting warmed up for the release of his latest record called Shooter out August 10th, which is said to be a return to his country roots. Now being booked by Texas-centric agency Red 11, he’s also been seen much more in the Texoma touring circuit over the last couple of years.

Along with their mosty well-recognized hits such as “7&7,” “Good Lord Lorrie,” and new songs such as “The Tornado Warning,” the Turnpike Troubadours set also featured a stripped down moment where front man Evan Felker sang “Diamonds & Gasoline” accompanied by Turnpike’s newest permanent member, “Hammerin'” Hank Early on dobro. Bass player RC Edwards also got a chance to lead the band on the song “Get Drunk, Get High, Get Loud.” Turnpike encored with “Something To Hold Onto” and “Long Drive Home.” 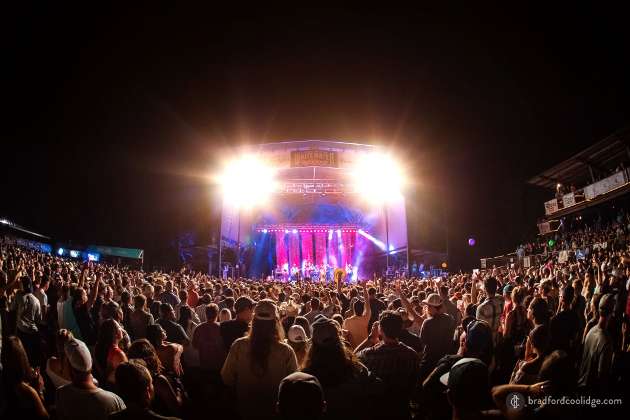 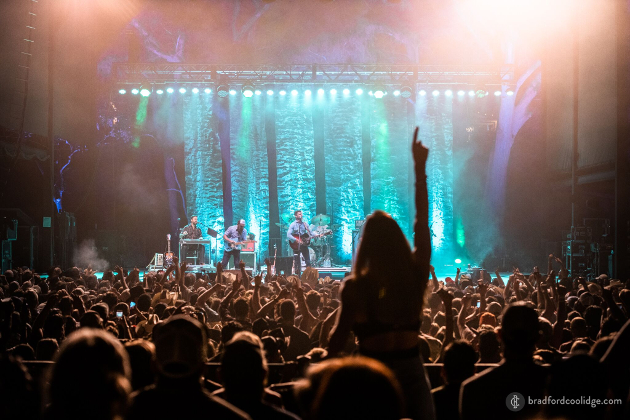