TV Show “Nashville” Is Canceled. Again, & For The Good. 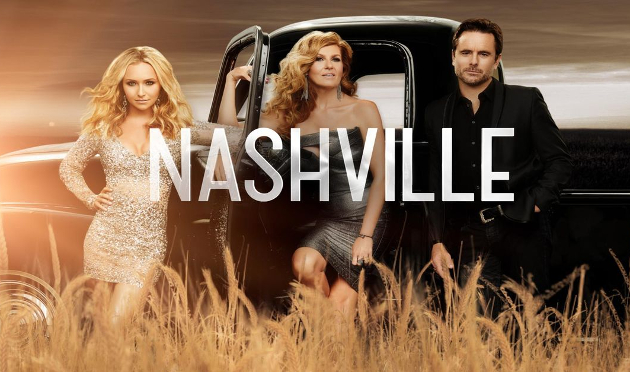 Television drama Nashville has been canceled. Again. And this time for good. And thank God. It came, it did what it looked to accomplish, and after its 6th season which will air on CMT starting January 4th, it will be no more. And not even petitioners or budget parleys with the real City of Nashville will save it this time, nor should they. This turnip has been squeezed, and it’s time to move on.

Nashville had its usefulness and dollops of entertainment value for its loyal fans, especially early in the series. But it had long lost its luster, and was never much of a ratings winner to begin with. After moving from ABC to CMT after Season 4, the show was most certainly doomed. The goal was not as much to keep superfans satiated as it was to ensure the series would run long enough to where it could be optimized for syndication, which it was eventually to the tune of $30 million from a deal with Hulu and CMT. Once that occurred, and the show’s main character Rayna James played by Connie Britton was killed off, it was pretty much curtains.

But Nashville overall was a big success when you consider all of the cultural implications, and the fact that it lasted for six seasons. Just getting beyond a pilot episode and a second year is a pretty big accomplishment in network television these days. Yet the show did much more than entertain television viewers. It was tantamount to a steroid boost to the City of Nashville, putting the city’s already rabid growth into hyperdrive, for better or worse.

Unmistakably, Nashville was essential to the boom the city has seen to the local economy, and will forever be linked to Nashville’s emergence as a modern city of major cultural and economic impact. The city got whatever return on their corporate welfare investment in the show they were looking for, even if segments of Nashville residents may give the series the one finger salute for being the catalyst for exceeding growth factors of the region’s infrastructure, aiding and abetting Nashville’s gentrification issues and traffic problems, and putting more and more tourists on the streets to interrupt daily life than ever before.

Nashville also did an incredible amount to educate the population on how the business of music works, from what the songwriting process is (and that people aside from the stars actually write the songs), to understanding 360 deals, touring, how terrible some labels and producers can treat their artists, and even more cultural-based issues like the demands that being a musician puts on personal lives, or the harassment women artists often receive. Many of the actors on Nashville have become very public figures within the city itself, including releasing their own projects and playing their own live shows.

But the drama and plot stretches for the series became ridiculous, and the underlying themes frayed as creators and writers grasped for ratings through predictable cliffhangers and mawkish pulling of heartstrings. So much death, so many cross-pollinated love stories meant for a series bereft of nuance, and spiraling towards a flame out. And as most television series go, budgets get bloated as primary actors demand more money as a series stretches on. Their legs get restless and the desire grows to work on other projects and not get typecast into their role.

Probably the ultimate takeaway from the series will be the main character Rayna James, whose strong will seemed like the true embodiment and spirit of the country music matriarchy—a story that is rarely told with proper weight and vehemence to its importance in country history. There was an underlying Tao about Connie Britton’s character that even when you had to suspend disbelief through all the spurious drama swirling, it still delivered something worth attempting to understand and learn from.

Nashville will soon be gone, but its impact will linger in Nashville life and on syndicated reruns for many years to come. Unfortunately, so too will many of the issues facing the country music industry the series attempted to tackle, some of the overgrowth the series helped spurn, and the incessant drama that seems to plague Music City, for the entertainment and tabloid value of some, but the true-life struggle and inherent injustice of others.