“Two of a Kind” Songwriter Bobby Boyd Has Died 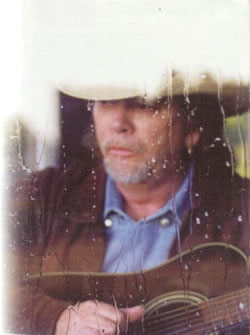 Bobby Boyd was a staff writer for Jimmy Bowen at Elektra Asylum Publishing, starting his professional songwriting career in Nashville in 1980. A native of Dunlap, Tennessee, Boyd began playing in his first band in Tennessee at the age of 12 called The Boyd Brothers. Bobby cut his teeth in the late 60’s and early 70’s performing residencies at a club called The Castaways in Chattanooga, TN, sometimes playing five hours each night, six hours a week, and learning his way in the music business.

Later in his career, Bobby Boyd relocated to Spicewood, Texas, just outside of Austin and near Willie Nelson’s Luck ranch, and was well-known throughout the Austin music scene. Though he’s mostly known for his country music contributions, Bobby Boyd also had a deep influences with the blues and R&B. Early in his career, he played shows opening for Little Richard, The Coasters, and The Platters. After moving to the Austin area, he worked with artists such as Stephen Bruton and W. C. Clark, as well as the local country music talent.

Bobby Boyd was a regular performer at Poodie’s Hilltop Roadhouse in Spicewood, and other local clubs and honky tonks. Over his career he shared the stage with folks such as Willie Nelson, Billy Joe Shaver, Toby Keith, Cory Morrow, Cross Canadian Ragweed, Dub Miller, Roger Creager, and others.

Though interest in Bobby Boyd’s music has faded away in recent years, his influence never did. His song “In Pictures”—originally a Top 5 hit for Alabama, was the song Craig Wayne Boyd chose to sing on the finale of The Voice in 2014.