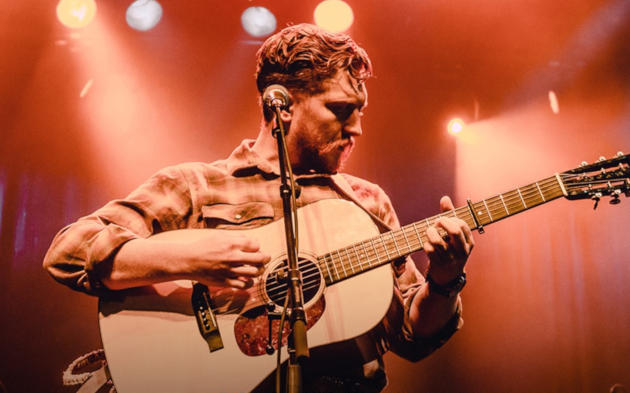 Forget that in less than two months from now, Tyler Childers will be taking off on a national arena tour with fellow Kentuckian and producer Sturgill Simpson that is already some 25% sold out, Tyler Childers is selling out arenas on his own right at the moment, at least one near his hometown, and on consecutive nights.

On Friday, December 27th, Tyler Childers played his first of three performances at the Appalachian Wireless Arena in Pikeville, Kentucky, about a 45-minute drive from where the 28-year-old Childers is from in Paintsville. He’ll also play Saturday night (12-28), and then on New Year’s Eve. Despite having a concert seating capacity of 7,000 people (and Pikeville only boasting around 6,900 residents), Tyler Childers has pulled off the feat of selling out all three dates, setting a record for the arena as the highest grossing act to ever play there.

Only a few single obstructed view tickets are left for Saturday night’s show with Sarah Shook and The Disarmers and fellow Kentuckian Chris Knight opening, while some tickets on the resell market for the New Year’s Eve show being opened by Todd Snider are going for over $400 at the moment. Pikeville, Kentucky was so proud of Tyler Childers packing the arena, Mayor Jame A. Carter presented Tyler with a key to the city on Friday. It’s the 2nd key Childers has received from a Kentucky town. In August, Lexington Mayor Linda Gorton also presented Childers with the distinction.

Tyler Childers is well-beloved in Kentucky. Last year about this time, Childers used his rising fame and personal money to fund a water drive for residents of Martin County, Kentucky who’ve been going through a water crisis due to contamination issues.

After the Holidays, Tyler Childers will be headed out for a nine day tour in Europe, and then onto Nashville where he will play a four-night residency at the Ryman Auditorium before embarking on A Good Look’n Tour with Sturgill Simpson. Tyler’s song “All Your’n” was recently nominated for Best Country Song by the Grammy Awards.

Thanks to Pikeville for having me and the boys the next few days. Looking forward to playing some music. Thanks to Mayor Carter for the key to the city as well. #eatinbigtime