Tyler Farr Would Like To Smack Jody Rosen Upside The Head 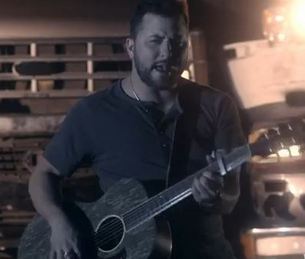 Hypothetically he does, or at least metaphorically. But depending on Tyler Farr’s proficiency at internet research (which I’m guessing is pretty sub-par) and his proximity to the Big Apple where New Yorker culture writer Jody Rosen—who coined the term “Bro-Country”—makes his bed, Farr will probably just have to settle for sending verbal daggers out towards Rosen in The Arizona Republic.

“Whoever invented that term, I’d like to smack him upside the head,” Tyler Farr flapped in the recent interview when the term “Bro-Country” was brought up. “I live in Chapel Hill, Tenn., which has the largest tractor pull in the South, and there’s not a lot more that you do on the weekends than drink and party. And I write what I know about.”

Gonna drive like hell through your neighborhood
Park this Silverado on your front lawn
Crank up a little Hank, sit on the hood and drink
I’m about to get my pissed off on”

“I’m gonna aim my headlights into your bedroom windows
Throw empty beer cans at both of your shadows
I didn’t come here to start a fight, but I’m up for anything tonight
You know you broke the wrong heart baby, and drove me redneck crazy”

“Nah, he can’t amount to much by the look of that little truck
Well he won’t be getting any sleep tonight”

That’s the pride of Chapel Hill, TN talking there, folks. Fair to say Tyler Farr didn’t actually write the song “Redneck Crazy” where the aforementioned lyrics come from, he just sold over a million copies of it and made it into his biggest single ever. “It’s literally as simple as hearing a song and saying, ‘Can I feel that? Do I know anything about that?’ ‘Yes, I do?’ ‘OK, I’m gonna record that,'” Tyler told The Arizona Republic.

If you needed any more signs that Bro-Country is dead, it’s that any time the term is mentioned in the presence of any of these Bro-Country perpetrators, they turn ballistic. It’s uncanny how they all react the same way every time. First, they profess not knowing what it is, and refuse to give any credence to the term. “I mean, whatever. I have no clue what it is,” was Tyler Farr’s response. Thomas Rhett had a similar response recently. Florida Georgia Line regularly bristles when Bro-Country is brought up, and say they don’t know what it means.

The second thing they say is they’re simply writing what they know about. “So I am gonna have songs that have partying and hot girls and pickup trucks,” Tyler Farr says. “There’s only so much you can write about. If I don’t know anything about vacuums, I’m not gonna be a vacuum salesman. It’s as simple as that.” This is the exact response Dallas Davidson gives.

These artists have made tons of money on Bro-Country, and they’re not happy to see it go away, and apparently a lack of self-awareness is their only psychological defense to coming to grips with what’s transpiring. They know the criticism is catching on, and they’re beginning to hear it from label executives and managers as well. So instead of rationalizing through what’s happening, Tyler Farr, like the rest of Bro-Country’s biggest perpetrators, decide to get their “pissed off on.”