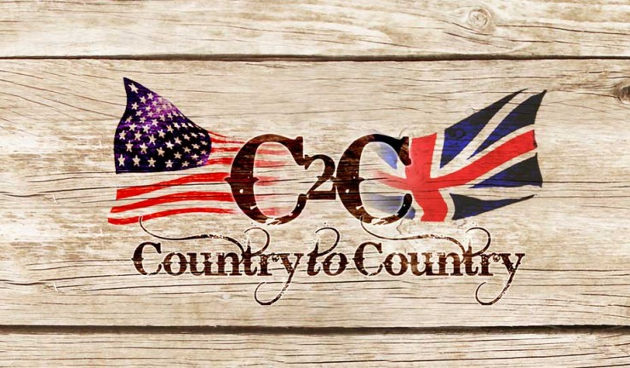 The Country to Country Festival has brought mainstream American country music and the awfulness of the Bleeding Cowboy font to the U.K. since 2013, and this year festivities commenced on Friday (3-10) with Brad Paisley, Cam, Jennifer Nettles, and Chris Young all taking the stage at the famous O2 arena in London at the start of the three-day festival. C2C is partly operated and managed by the Country Music Association, and is meant to help promote an international appeal for country music across Europe. Concerts are also taking place in Dublin and Glasgow as part of the 2017 festival.

By all accounts, the first night of the extravaganza went off without a hitch, that is until the afterparty. Organizers had the genius idea of booking a DJ instead of live talent for the shindig held at Building Six, which is nightclub that is part of the O2 arena complex, and issues ensued. Not only was it a DJ comprising the afterparty entertainment, of which attendees had to pay £15 to get in, but the music selected wasn’t even country.

You may think the mainstream fans who would attend a concert with acts like Chris Young and Cam may be more amiable to a DJ, but not in Europe where some country fans had traveled many miles and across multiple borders to get their rare shot at enjoying mainstream country music first person.

“DJ Bad Ash,” a.k.a. Ashlee Willis, who is a DJ from Los Angeles, thought Snoop Dogg, Miley Cyrus, and other non-country selections would be the perfect music for the afterparty, but the result was close to an outright revolt, with one report saying security had to be called in as angry country fans fumed their disapproval.

Here’s a selection of angry tweets.

This “DJ Ash” at @C2Cfestival is absolutely awful

@C2Cfestival AC/DC? What? Why? We’ve paid for a C2C after party. This is not it

#C2C2017 @C2Cfestival @djbadash Please please sort this out for tomorrow. Technical problems least is your worries. Music is shit.

@C2Cfestival @djbadash Please do away with the terrible club mixes and just play country. No Miley Cyrus, Taylor Swift or Snoop #C2C2017

So, @djbadash do u think the next 2 nites u cud actually play country music @the @C2Cfestival aftershow? It is a country music w/e after all

@C2Cfestival not sure what your definition of country is… but to me, it’s not snoop dog. Not worth £15…! pic.twitter.com/VadcGWN5y6