Under The Big Sky Festival Is Back After Successful First Year 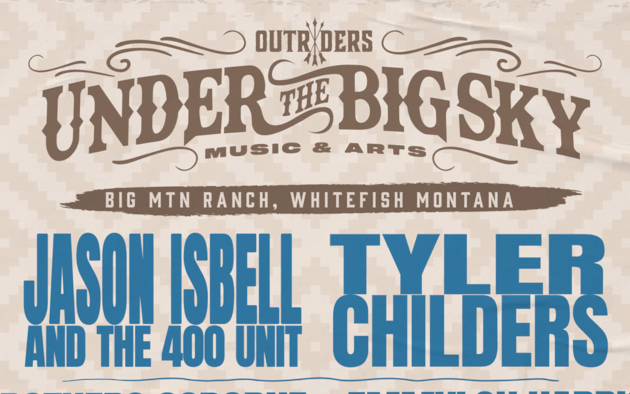 In 2019, an interesting new destination festival popped up just outside of Whitefish, Montana called Under The Big Sky. With acts such as Dwight Yoakam, Cody Jinks, Whitey Morgan, and Amanda Shires on the bill, it got the attention of true country fans, but the question was if it would be worth the trek. Sometimes first year festivals can be dicey. But reviews from attendees were positive and the event drew some 15,000 attendees a day over the two day festival.

“This is my home and our entire team worked really hard to make sure everything came together, and in the end we couldn’t be happier with how it all went,” says Under The Big Sky promoter Johnny Shockey, who owns the 340-acre Big Mountain Ranch where the festival is held. Shockey operates the festival through his own production company Outriders Presents, free from the influence of LiveNation or AEG.

After the success of the first year, the festival will be back July 18th and 19th, 2020, with an impressive slate of talent that includes headliners Jason Isbell and the 400 Unit, Tyler Childers, Emmylou Harris, and Brothers Osborne. Colter Wall, Lukas Nelson, Billy Strings, Charley Crockett, and Whitney Rose are some of the names from the equally-impressive undercard.

“Under The Big Sky will showcase the very best in Americana, folk, alt-country and rock across two beautiful stages in the heart of one of America’s most unspoiled and pristine regions of natural wilderness,” say the organizers. “The festival pairs cutting edge emerging voices and talents with musical icons, creating a unique showcase for the diverse strains of American music today.”

Along with other activities and events tied to the two-stage festival, this year they will add a camping option at a location two miles away from the festival site, with shuttle service in between. There will also be afterparties in the venues in Whitefish that will give local and regional bands opportunities to perform. The festival says it wants to “continue its commitment to championing local music talent” as part of the festivities.

Some of the local bands scheduled to play include Snowghost, 20 Grand, Archertown, Nick Spear, Badger Hound, The Lil Smokies, and Swagar and Company. Corb Lund from nearby Alberta also performs for his second year, as does Montana’s Laney Lou and the Bird Dogs.

Under The Big Sky is an all-ages event, with free entry for children under 6. Tickets go on sale December 17th at 12 p.m. Mountain Time. Like most destinations festivals, Under The Big Sky is not cheap, and it’s not easy to get to. But it presents a once-in-a-lifetime experience for country and roots fans, and for the second year, a stellar lineup. 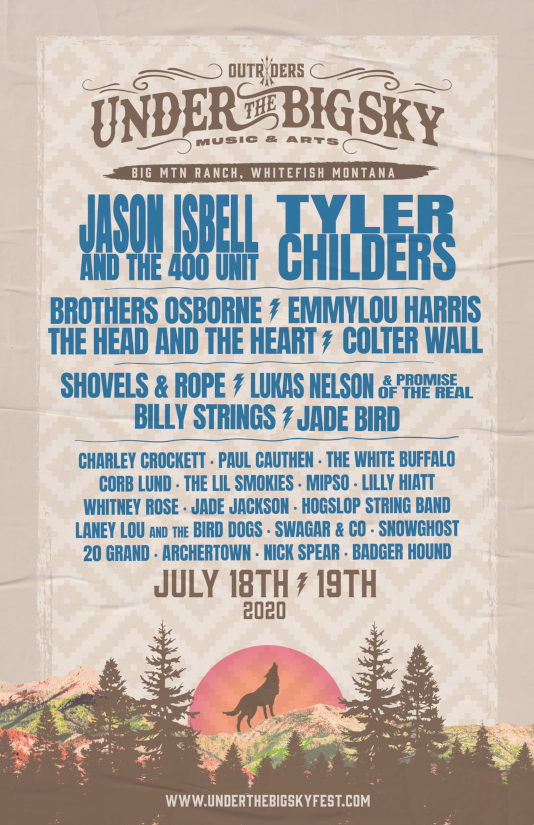