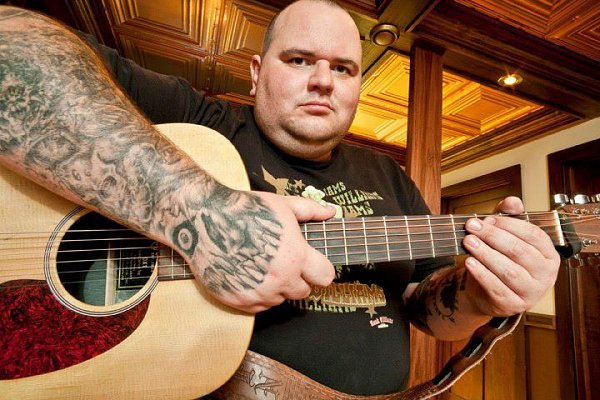 32-year-old Owen Mays, known as the staunch country traditionalist of the underground country and roots movement, has died. Known for his blistering and honest songwriting, he reportedly passed away in his sleep in the early Wednesday morning hours (7-22).

Owen was born and raised in south central Wisconsin in the small town of Cambria where he began playing guitar at the age of 16. In 2009, Owen released the EP Red Wine and White Lines. Owen played a show that same year with J.B. Beverley and the Wayward Drifters at a campground in Cambria where he worked, and later joined Beverley on the road for numerous dates. Afterwards Owen became a well known singer and songwriter throughout the underground scene, touring regularly, including in Europe, and playing numerous festivals.

In October of 2010, Mays flew down to Richmond, Virginia to record his first album with J.B. Beverley—backed by Beverley’s band along with fellow songwriter and guitar player James Hunnicutt. Dubbed Owen Mays and the 80 Proof Boys, they released Nobody Loves You When You’re Down in 2012. Mays also released another album called Hateful Blues in 2014.

Mays’ latest band was called Owen Mays & The Last Calls and were working on an album to hopefully be released in 2015.

Owen was also a big fan of professional wrestling, and even tried his hand in the business at one point.

“Tragically, we were informed that early this morning on July 22, 2015 Owen Mays had passed away,” said friend Michael Smith. “Owen was more than my friend. Owen was a brother to me for over two decades. We grew up together, sharing our love of music, traveling, food, wrestling, fishing/hunting, and general rabble-rousery. We always knew we could be ourselves around each other, and I know that’s how he made most people around him feel. In that sense, he was everyone’s charming, smart-ass, and often foul ‘little’ brother.”

UPDATE (7-23-15 3:00 PM CDT): Saturday August 1st 9am -1pm will be visitation and service at Smith Funeral Home in Rio, WI. Internment will follow at Cambria Cemetary and food/fellowship will be at the Cambria Conservation Club.

This story will be updated if/when more information becomes available.