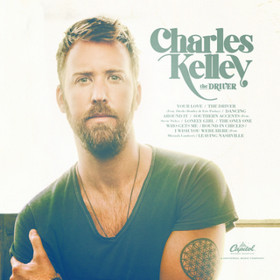 It wasn’t looking good for Lady Antebellum’s Charles Kelley and his bid to launch a solo career amid a hiatus the trio took beginning in late 2015. Despite some additional star power with Dierks Bentley and Eric Paslay, much critical praise, and a big promotional push, his first single “The Driver” stalled big time on the charts. It couldn’t even crack the Top 50 on country radio, and it looked like Kelley’s solo career could be in serious trouble.

Adding insult to injury, a 22-date concert tour that was booked and announced in October that looked to put Kelley in more intimate settings to re-connect with fans was unceremoniously scrubbed due to lagging ticket sales. It appeared that outside of the loving confines of the Lady Antebellum name, Charles Kelley, despite all his slender good looks and affable tone, was just another small fish in a big sea looking for attention in an extremely crowded country music marketplace.

Then the completely unexpected happened. Right as Kelley was cancelling concert dates amid the terrible reception, a bombshell dropped. Despite all of the odds, his song “The Driver” had been nominated for Best Country Duo or Group Performance by the Grammy Awards.

How did this happen? How did a song that seemed to have been forgotten by the public, and was never even known by the radio walk away with such a distinction?

The Grammy success of “The Driver” may have all to do with fortuitous timing. The single was released on September 28th—a mere two days before the Grammy eligibility window closed, and right as the Grammy nomination window was opening. After years of suffering under the repressive regime of Bro-Country, “The Driver” felt like an incredible breath of fresh air to the country music punditry, stimulating Grammy voters and the writers who influence them into praising “The Driver,” even if under closer inspection the lyrics revealed there wasn’t much to it. It didn’t hurt that Dierks Bentley and Eric Paslay’s involvement gave the song additional benefactors if it were to receive a nomination.

Before Charles Kelley’s Grammy nod, his solo career looked like it was heading towards becoming a big a lark that would never fly, and an afterthought in the Lady Antebellum legacy. Now, his debut solo album also entitled The Driver has received a release date—something it seems half the major label artists in Nashville are waiting on these days. On February 5th, The Driver will make its way to stores, with crossed fingers that Grammy night will be a fortuitous one, and help boost sales and result in a restart of Kelley’s solo efforts.

With so many projects with slow lead singles in limbo up and down Music Row, Charles Kelley slipped through the gauntlet due to some very fortunate timing. We’ll find out on February 5th if it is an advantageous, or unfortunate thing for the country music public.