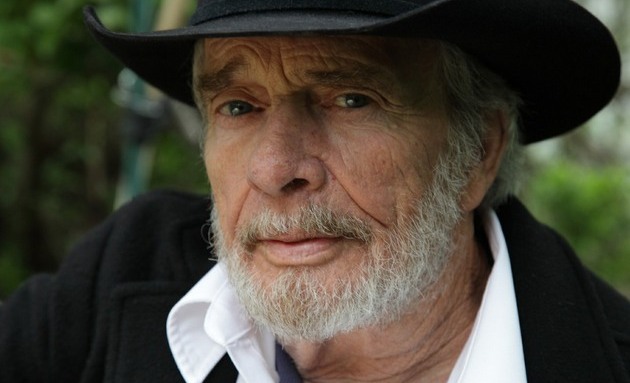 While Nashville country was awash in strings and suffering under the oppressive thumb of producers such as Chet Atkins and Billy Sherrill, the dim lights, thick smoke, and loud loud music of The Bakersfield Sound was keeping boots shuffling and country twangy, and would go on to birth some of the best music of the era, country or otherwise.

Buck Owens and Merle Haggard are often given the lion’s share of credit for the more loose and electric sounds of California country, but there was an entire crop of artists who helped tell the stories of the Okies who traveled to southern and central California during the dust bowl era, bringing their stories of struggle with them. There’s a reason Merle Haggard was born in a boxcar, and these Bakersfield artists would go on to influence country music at large, and make it cool to the folkies and psychedelic rockers they shared the West Coast with.

A new Bear Family box set looks to encapsulate the reverberating influence of country music from Bakersfield, California, compiling an incredible 10 CDs and 307 tracks, encapsulating the era from 1940 when the sound began to take form, to 1974 when it was integrated in country music at large and legendary Buck Owens guitar player Don Rich died in a motorcycle accident. Along with Buck and Merle, important artists such as Ferlin Husky, Dallas Frazier, Jean Shepard, Wynn Stewart, Tommy Duncan, Red Simpson, Kay Adams, Dick Curless, Joe Maphis, David Frizzell, The Gosdin Brothers, Clarence White, and many others are featured as well.

Also included in this collection due out August 9th are numerous songs and versions of others never heard or released before. This includes the first known recordings from Harland and Jan Howard, to Barbara Mandrell’s first solo recording, to unheard tracks from Red Simpson, Billy Mize, and Bonnie Owens. It also includes two tracks from Bakersfield legend Merle Haggard.

Before Merle signed to Capitol, he did some recordings for Tally Records, but some of the material was never released. Scott Bomar, the producer for this new compilation, unearthed the two tracks in a box under someone’s bed simply labeled “Merle Haggard,” and now we have two new studio versions of songs The Hag would record for Capitol Record later. They include “If I Had Left It Up to You” and “I’m Gonna Break Every Heart I Can.” Both tracks later appeared on Merle’s 1965 record Strangers. “I’m Gonna Break Every Heart I Can” (listen below) finds Merle Haggard in rare form—a little more of a boogie woogie feel compared top the Capitol-era recording. Now that Merle Haggard has been gone for over three years, any new music from the Bakersfield legend is welcome.

The new Bear Family Bakersfield Sound box set also includes a 220-page full color book with many rarely and never seen photos, and a forward by Chris Shiflett, and further commentary by producer Scott Bomar. It is now available for pre-order.