Unpacking From the Release of Justin Timberlake’s New Single “Filthy” 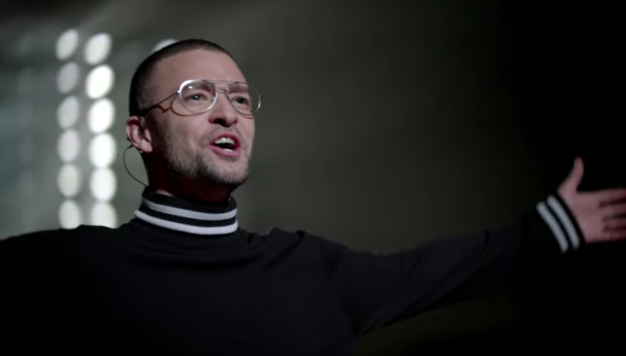 “I’m going to enjoy watching you eat your own shit Trig now that Timberlake’s released a new song and it’s complete pop EDM bullshit and not country!”

Yeah, everybody just chill the hell out for just a second. This is only one song from a release that will have 16 tracks. And he’s a pop star, so of course he’s going to release the most pop-sounding, commercially-viable song from the record first. That’s the point of a lead single—to get everyone to pay attention, just like you are right now, whether you like it or not. Country artists regularly release their most pop songs as lead singles too.

None of this means that Timberlake’s upcoming record Man of the Woods won’t have any country or roots music on it all all. Maybe it won’t. Maybe it will, but it will all suck. We really have no idea. It’s not like the hypothesis that his new album would include some country songs was surmised by wetting our fingers and sticking them in the air and making wild-eyed assumptions. Timberlake’s primary producer Timbaland said as much in an interview, and even put out the effort to acquire digs in Nashville to help Timberlake with the project. Timberlake himself has said he wants to make a country record, and one that embodies his Tennessee roots, and every indication is that Man of the Woods will be that record. The only question left is just how country and roots it will actually be, and right now we have 10% or less of the music we need to make that determination, at best.

Look, this discussion is not bred from some star-struck fascination with Justin Timberlake “going country,” at least not from myself. There is a reason this is of such pressing importance to the country genre. What we have 100% confirmed is that Chris Stapleton will appear on Timberlake’s new record as one of the primary collaborations. So if all the country “rumors” about Man of the Woods are all false, how did this one come true?

The other piece of information that has been confirmed in the last few days is the Chris Stapleton was the best-selling country artist in all of 2017, and by a mile, including beating out Luke Bryan, Florida Georgia Line, and even Sam Hunt despite his historic, mammoth single “Body Like a Backroad.” Chris Stapleton had the #1 and #2 best-selling albums in 2017 with Traveller and From a Room Vol. #1, and that doesn’t account for the December release of From A Room: Vol. 2. And by the way, those sales numbers also account for track-equivalent numbers from downloads and streaming. So that means Stapleton pulled this off not just with pure album sales. By almost double, Stapleton was the biggest artist in country music for the second year running.

And what is owed to all of the Chris Stapleton success? It can very easily be zeroed in on the collaboration between Stapleton and Timberlake at the 2015 CMA Awards. That was the moment when the calculus of mainstream country music changed entirely. That’s when radio ceased to be the primary economic driver in the industry, and quality began to take a step forward. That moment has already gone down in country music history whether you were personally enthralled with it or not, and over two years later, it is still propelling an upsurge of positive momentum for Stapleton and other quality artists in country music, even in this here-and-now media and entertainment environment.

That is why it is of tantamount importance what the hell Justin Timberlake is doing with his new record, and why it would be irresponsible for people whose job it is to keep up with country matters to ignore it. Maybe Man of The Woods will have virtually no country on it at all. Maybe it will include a Chris Stapleton single that will be released to radio, and completely overhaul the radio system, just like Stapleton (and Timberlake) did with album sales and awards show wins. Maybe it will have three country music singles that will be released to radio, be of good quality, and completely eradicate any notion of Bro-Country for the foreseeable future. Maybe it will completely bomb. We just don’t fucking know.

What we do know is this lead single “Filthy” is hot garbage. Disjointed, damaged, lacking any flow or direction, it’s just some weird electronic robotic bullshit for electronic bullshit’s sake. Timberlake’s last single “Can’t Stop The Feeling!” from the Trolls soundtrack was incredibly bubble gum, but it least it had a groove. And if you have kids, grandkids, or nieces or nephews, I know you heard that damn song 100 times in the last year, and it probably became a guilty pleasure, at least until the ubiquitousness ultimately made it entirely annoying.

But “Filthy’s” got nothing. Perhaps Timberlake is betting on his ability to create his own style trends, or perhaps like Taylor Swift, it doesn’t matter what he releases. He’s Justin Timberlake, so it will shoot to #1, not matter the quality or appeal, even if it eventually takes a precipitous fall afterwards. But frankly, none of this foretells what effect Man of the Woods will have on country, if it will have any effect at all. As has been pointed out before, when Timberlake released the song “Drink You Away” as a country single after the 2015 CMA Awards and it utterly failed (though without any real support behind it), perhaps Timberlake got cold feet on the country direction both he and his producer Timbaland were on record talking about.

Take “Filthy” with a grain of sand. Whatever its fortunes are in the pop world are of no business to country. It’s whatever else is looming on Man of the Woods, and especially the collaboration with Chris Stapleton, that should continue to have you intrigued, or worried, whatever your disposition on Timberlake might be.