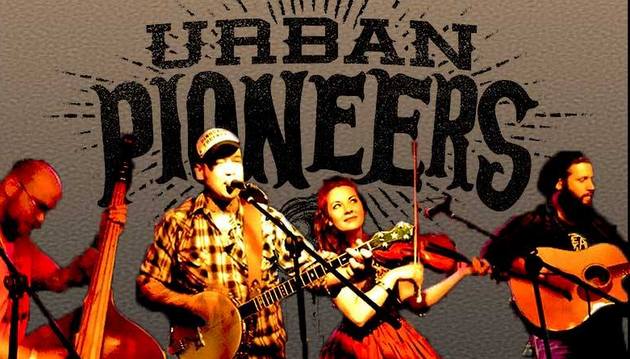 Built around the idea of touring until it hurts and keeping the tried and true traditions of Appalachian mountain music alive, the nucleus of The Urban Pioneers is banjo and bass player, singer, and songwriter Jared McGovern, and his fiddling and singing partner Liz Sloan. First meeting as members in Bob Wayne’s Outlaw Carnie band before moving on to be members of the most high-flying incarnation of Jayke Orvis’ Broken Band, they broke away a few years ago to form their own outfit and have since become one of the underground’s most preeminent string performers. 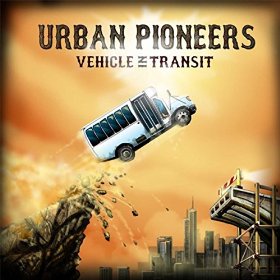 This isn’t any slick and polished nouveau bluegrass with lilting runs and brazen compositional poise, this is Stringbean and Grandpa Jones slapping away at strings while sucking on corn pipes trying to entertain folks on back porches and beyond. Unpretentious and fun, and fairly authentic to the Appalachian traditions, The Urban Pioneers will make you chuckle and strut, and see the timeless value in the old traditions of primitive country.

Their preliminary effort Addicted to the Road showed a lot of promise and heart for what The Urban Pioneers would develop into, but Vehicle In Transit captures what the band has become. The confidence that needed to build in Jared McGovern’s vocals and banjo playing is now present. Liz Sloan has started to sing more too, and her depression-era tone and arrangement makes for another mark of Appalachian authenticity for the band.

It’s not uncommon now to see the duo accompanied by stand up bass and other instrumentation, and this is reflected in the approach of Vehicle In Transit. Many songs have the extra bit of musicianship to make them easier on the ears. Joining Jared and Liz is Joe Macheret on acoustic and electric guitar, Keith Roberts on upright bass for a song, and James Hunnicutt makes a few guest appearances as well.

Most all of the songs are written by Jared McGovern, except for the funny and true song about the sad reality of progress, “Chocolate Easter Bunny” written by Phil Hummer, The Jetson’s “Headed West,” and the traditional “Big Spike Hammer.” McGovern’s writing ranges from the funny in songs like “What Takes a Woman,” to the compositional “Eagle Hawk Stomp Medley.”  This is the type of music you would hear on early incarnations of The Grand Ole Opry or Ozark Jubilee, only made by young and hungry performers of today. Though the Urban Pioneers were bred out of the punk gone country underground, their very much rooted in a halcyon style of string music. There is a speed quotient in places, but this music is much more about an old-school vibe than blood and guts.

A fun record for a road trip or to listen to while chilling on the back porch, Vehicle In Transit unpretentiously revives the roots of country music in a virile and enjoyable manner.

Purchase Vehicle in Transit from Amazon