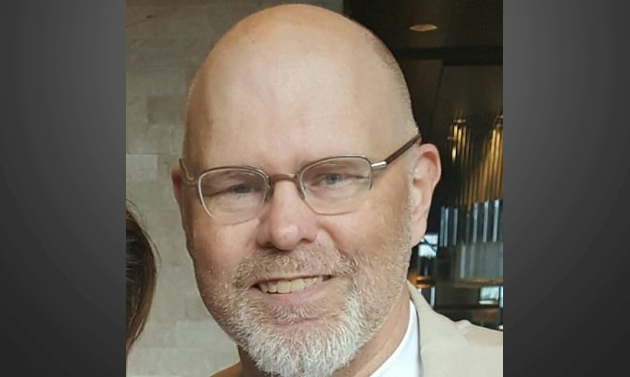 Veteran country music writer, well-respected journalist, and radio broadcaster Chuck Dauphin has passed away. Well known for his work at Billboard as a ‘615’ columnist where he began writing in 2011, Chuck Dauphin also wrote for Rolling Stone, At Home Nashville, Roughstock, and most recently Sounds Like Nashville, along with other periodicals. Chuck authored over 1,000 articles over his career that started in 1991, and was recognized and revered throughout the country music industry as an authoritative voice, a good man, and a mentor to up-and-coming journalists. In 2014, Chuck Dauphin was awarded the CMA Media Achievement Award for his work with Billboard and other outlets. He was 45-years-old.

“We are so proud of Chuck,” Dauphin’s father, Charles F. Dauphin, Jr. said in a statement. “He accomplished so much and was loved by so many. Our deepest thanks to everyone who showed their love to Chuck. We know he felt your prayers and support.”

Chuck Dauphin has been in hospice care recently, and became unresponsive on Wednesday (9-18). Chuck died at died at 6:47 PM CT. It followed a long string of health setbacks and accidents, starting in April of 2018 when he fell and broke his arm just below his shoulder and was admitted to the Maury Regional Medical Center in Columbia, TN. The bigger issue quickly became Dauphin’s kidney function due to his continuing fight with diabetes, and he went into a coma for four days.

Dauphin would later recover and returned to work, but then became ill again in August as he was prepping to perform one of his many jobs—the voice for Hickman County football. It was later determined that he needed his leg amputated due to diabetes complications, and he returned to work again.

Interviews and features were some of Chuck Dauphin’s finest work. In July he’d conducted an interview with Delbert McClinton for Billboard about his new album Tall, Dark, and Handsome, and just last month, on August 22nd, Billboard published Chuck Dauphin’s feature on Vince Gill for his new record Okie, and all while his health continued to decline. It wasn’t just his fellow journalists, but the country artists themselves knew and respected Chuck Dauphin, and would open up to him while passing on interviews with others. Everyone in country music saw Chuck Dauphin as an honest broker, and a true student and teacher of the music.

Originally from Burns, TN, he was known by some as “Crazy Chuckie.” He was recently living in Centerville and was a radio personality on local stations WNKX in Centerville, and WDKN in nearby Dickson. Along with Dauphin’s writing work, radio and broadcasting was his other passion.

“I would scan down through the AM band at night, and find stations such as WBAP/Dallas, WWL/New Orleans, and WLW/Cincinnati,” Chuck recalled to The Tennessean in 2018 about growing up in Burns. “I used to think it was so neat that at 12:30 a.m., you could hear (deejays) talking 500 miles away. I actually developed my own imaginary radio station, WBRQ–W-Burns. I would take my boom box that my grandmother had bought me, and would read ads from the local paper, and do intros and outros of the songs.”

In 1991 during his junior year in high school, Dauphin he earned his first job in the music business at WDKN in Dickson, Tenn. He worked there for 18 years, rose to program director. As an on-air personality in Dickson County, this is where he first became known as “Crazy Chucky.”

Chuck Dauphin’s passion for country music came through in both his writing and radio work, and in how he pursued these passions into his final days. Fellow journalists and radio personalities, country fans who were also fans of Dauphin’s writing, and country artists themselves shared their condolences Wednesday evening upon the news.

“Rest Easy in the arms of Jesus longtime friend and brother Chuck Dauphin,” the Oak Ridge Boys posted late Wednesday. “We will see him again… as is His promise … no more pain Chuck … only GLORY…”

A message from Randy Travis reads, “If ever you needed a friend… or a kind word… you could count on Chuck Dauphin. A gentleman through all the years of my career, who always focused on the best in everyone. Chuck was a gift to this world and leaves us all better because he crossed our paths. Rest now in peace and perfect health, Brother Chuck — Forever and Ever, Amen.”

He is also survived by lifelong friends Randall Kimbro of Louisiana, Monica Bishop and her husband Michael of Nashville, Regina Raleigh of Nashville, Jackie Marushka of Nashville, Lauren Tingle of Nashville, his two cats, Hank and Blazy, and a global community of fans.

Memorial service and funeral information will be announced later this week via http://www.taylorsince1909.com or https://www.burnschurchofchrist.org.

In lieu of flowers, his family asks that donations in Dauphin’s name be made to Music Health Alliance, MusiCares, Alive Hospice, The Opry Trust Fund and/or Nashville Humane Association.