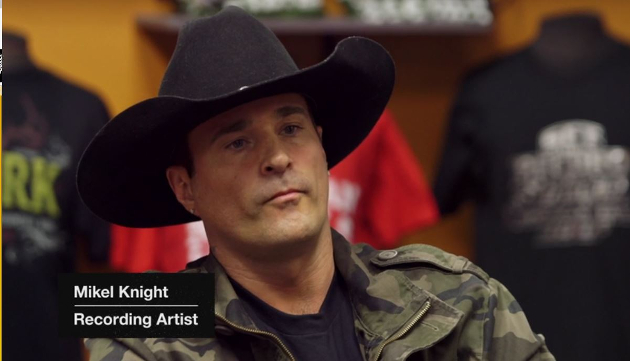 In the middle portion of 2016, yours truly was asked to participate in a documentary being produced by the musical side of Vice known as Noisey for their cable channel Viceland. The goal of the project was to expose the underbelly of Nashville, and the independent artists who operate autonomously from the mainstream country music industry that dominates the landscape of Music City.

Though the documentary touches on multiple elements of independent Nashville culture, it focuses primarily on country rap or hick hop, and some of the biggest and most notorious names in the subgenre, including Jellyroll, Waylon Jennings’ non blood-related grandson Struggle, and the notorious Mikel Knight.

Noisey: Nashville also interviews pop star and Nashville native Kesha, who at the time was going through her high-profile struggles with producer Dr. Luke. Kesha’s mother is a country songwriter named Pebe Sebert, and the host of the documentary Zach Goldbaum follows Kesha as she performs at a Bob Dylan tribute at the Ryman Auditorium.

Independent country artist Margo Price is also involved, and tells the story behind her song “Hands of Time” about her father losing their farm, and speaks about some of the issues with the Nashville music industry.

“The labels found one model that worked. And they were like, ‘Alright, we’re going to keep doing this same formula,'” Margo says in the documentary. “Stick with something that’s safe, people that all look the same and all sound the same, and all dress the same. But it’s funny too how a lot of modern country songs will drop Johnny Cash. They drop these names in their songs and make a song about Johnny Cash, but he would be rolling over in his grave if he heard it because it’s not good music.”

Much of the attention of Noisey: Nashville is expended when Zach Goldbaum embeds with country rapper Mikel Knight’s street team, which Saving Country Music has covered extensively in the past. It may have been nice to see more dissenting viewpoints about some of the alleged behavior occurring within the street teams, simply because Mikel Knight is such an excellent Svengali, and shows this in the documentary. But this project isn’t a piece of investigative journalism. Viceland’s specialty and purpose is to embed within certain elements of culture to expose them to the rest of the world without making any severe judgements.

After watching other similar Viceland documentaries, I was a little worried just what perspective the project would take. Some of their efforts have felt a little bit like white gaze. And for those wondering why certain other individuals weren’t included in the documentary, I know for sure that they reached out to people like Sturgill Simpson, Yelawolf, and others in their efforts to get the full stroke of Nashville’s independent underbelly, and some were unable or unwilling to participate. But ultimately I was quite impressed with the effort of Zach Goldbaum and the producers to bring together a compelling, and well-produced look into what makes the people and culture of underground country rap churn, along with the other elements touched on in the documentary. Even if you can stand the mixing of country and rap, or perhaps especially if you can’t, Noisey: Nashville makes for an interesting watch.

Zach Goldbaum also does an excellent job at the end encapsulating what the spirit of Nashville symbolizes for many independent artists, no matter what their musical stripes.

If you missed it, Noisey: Nashville will air on Viceland again at 2 pm Eastern on Wednesday (1-18), and at 10 pm and 4 am Eastern on Sunday (1-22). Previous episodes have also been published to YouTube.