Video Surfaces of Woman Slapped By Tim McGraw Telling Her Side 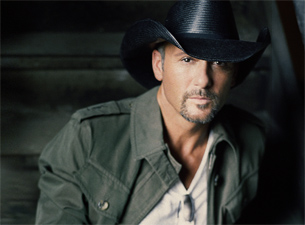 On July 13th, Tim McGraw slapped a woman named Jesslyn Taylor in the crowd at the at Aaron’s Ampitheatre in Atlanta while numerous cameras captured the incident on tape. Since then a controversy has brewed over whether McGraw was justified in slapping the spectator since the video shows the woman reaching out and touching McGraw’s jeans and ripping them as he pulled away, or whether it is ever justified for a man to hit a woman, especially in such as high profile situation and in such an aggressive manner.

On July 21st, McGraw responded to the incident, but did not offer an apology.

Sometimes things can lose context and perspective. I reacted in an instinctive, defensive way from my perspective of what was going on.  I think it was an unfortunate situation, I think all the way around. But it happened, it happened in a split second, it was pure instinctive reaction, I think you just got to move on. It is one of those things that happen, nobody feels good about it, but there’s nothing that could be done about it. You are in that position, you are out there, you are vulnerable, things happen and sometimes you react. There’s nothing to be said about it.

Jesslyn Taylor, who was detained by security after the incident, later hired a lawyer and said she was at least due an apology, but no apology ever came. Then in early August it was reported that the matter had been settled by both parties. “It’s been mutually resolved the old-fashioned way … with a simple conversation,” explained Jesslyn Taylor’s attorney Eric Hertz. 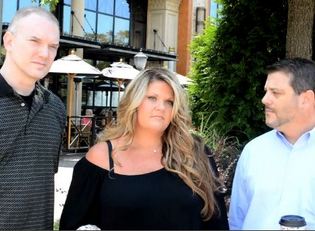 However a new report from Radar Online posted Tuesday shows Jesslyn Taylor recorded on camera for the first time speaking out about the incident, and saying that McGraw still owes her an apology. The problem is, though the video itself might be “new” to the public, the context of the video is old. The video was taken before Tim McGraw and Jesslyn Taylor worked the issue out privately, despite Radar Online burying this critical point in the body of the article. Subsequently, some news agencies and websites have picked up on the “new” video as the latest development in the saga, as opposed to a piece of old information that does help shed light on Jesslyn’s side of the story, but doesn’t change the fact that the matter appears to be settled. Why the video is just now being made public is not explained.

Flanked by lawyers, Jesslyn Taylor explains, “I was at the concert. Tim came out on the catwalk, walking across the bar where everybody was. Everybody was excited, hands up in the air, filming. I was filming, and just excited. He bent down and sang to me, and I reached up, hit him on the leg. Two of my fingers got stuck in his jeans. When he turned to walk away, it ripped a hole in his jeans. He slapped my hand away, then he turned back, slapped me in the head very hard. I fell backward. Then he actually reared back to hit me again, but a fan on the opposite side of the stage grabbed his arm and stopped him. From there I was drug out and put in a holding area.”

When asked by the reported if she had been drinking, Jesslyn replied, “I had a few drinks.” When asked if she was reaching out to grope McGraw, she responded, “Absolutely not.”

“You got to keep in mind that she was in an environment that was encouraging fans to come up and touch him,” Jesslyn’s lawyer Eric Hertz said. “You know, interact with him…The first thing that needs to happen is there needs to be an apology, and not blame her.”