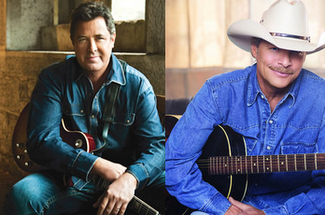 As much as we may love the older music performers we grew up with, or cherish the performers from a past beyond our own, there might be nothing worse to behold as a music fan than watching an aging artist who refuses to come to grips with reality, and won’t let go of the spotlight. Of course it is a shame that the music business is so callous towards its aging talent and seems so quick to cast its older entertainers off. But all artists eventually age and experience the passing of mass interest, and must face a new set of realities.

As much as Ronnie Dunn started out showing promise as a substantive artist and one willing to speak his mind about the state of the country music business after the Brooks & Dunn breakup, he’s now out there now kinking his hair and cutting country rap songs. Hank Williams Jr. might be the poster boy for the country artist who’s unwilling to face their fate; carousing with Kid Rock and taking great care not to show any gray in his mane. Remember when Alabama collaborated with ‘N Sync? Or the catastrophe of Kenny Rogers’ facelift? Even our beloved Willie Nelson had a moment when he thought the best thing for his career was to cut a Dave Matthews song produced by Kenny Chesney. We can’t blame our country heroes for not wanting to call it quits from the mainstream spotlight until they’re absolutely sure it’s time, but sometimes you wonder why they just can’t rest on their laurels, appreciate their years of success and the financial windfall it afforded them, and simply refocus on the music as their first priority.

That is exactly what we are seeing from two of country music’s most prestigious previous heavyweights: Alan Jackson and Vince Gill. With 34 CMA Awards, over 20 Grammys, and and some 80 million records sold between the two, they both have seen their share of overwhelming commercial success, public notoriety, and peer recognition. But over the last few years the writing has been on the wall that their time has come, and their days of widespread radio play and big awards are over. 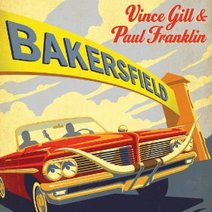 And so what did these two men do? Did they shake their fists at the system and criticize it for being unfair? Did they try to mix it up with some young artist outside of the genre to hopefully rekindle interest? Did they debut a new look to try to hide their age? No, they both did something out-of-the-ordinary—they embraced their roles as legacy artists, and put out albums that paid homage to the roots of the music that brought them both so much fortune over the years.

Vince Gill teemed up with legendary steel guitar player Paul Franklin and put out an impressive and energetic tribute to the West Coast influence on country called Bakersfield, swapping songs from California country titans Merle Haggard and Buck Owens. For all the chatter about country having to evolve to stay commercially viable, Bakersfield debuted at #4 on the charts and sold an impressive 12,000 copies its first week—virtually unheard of for a tribute album, especially one from an older artist. 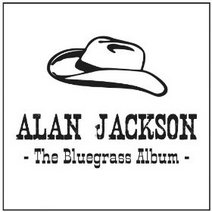 Right on the heels of Bakersfiled‘s success, Alan Jackson has just released an album of bluegrass music simply called The Bluegrass Album. It includes 8 Jackson originals all done in authentic bluegrass style, and covers artists like Bill Monroe and The Dillards. The record is a critic’s favorite and has been creating tremendous buzz.

As much as country music, especially in the current era, may feel like a business of the here and now, one thing that still separates country from other genres is the role of the legacy artist. Rock once had this as well, but there is a reason a 51-year-old Sheryl Crow decided to bring her act to country in 2013. As much as it may pain purists when pop and rock artists cross over to country, it also speaks to how despite the conventional thinking of modern country as a kid’s game, country still deliver strength to older artists. Sure, artists like Vince Gill and Alan Jackson may no longer be able to sell out arenas, but they’re also not considered “has-been’s” simply because the big hits have stopped coming. You may not be treated as a superstar in the twilighting of your country career, but you’re still doted on as a legend by core fans who will never forget your contributions. That was one of the unfortunate things about the early passing of Waylon Jennings. He never got that opportunity to take a victory lap and stand as a country music elder statesman.

Like Emmylou Harris allowing her raven hair to turn a shimmering silver, watching an artist age in country music can be a splendid thing to behold when the artist performs the transition with grace, class, and wisdom, and the industry allows this process to unfold naturally instead of shutting them out. By setting new parameters of success that don’t have to do with sales and flashy awards, an artist can craft the finishing touches on their legacy while the genre shows their respects for their contributions.

But moreover, what Vince Gill and Alan Jackson have proven is they still have plenty of tread on the tires, and aging artists can still have a sizable impact and contribution to the country music canon.