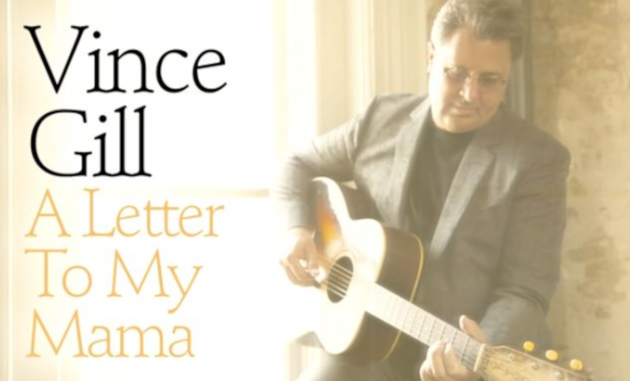 Just in time for Mother’s Day, Norman, Oklahoma native and Country Music Hall of Famer Vince Gill has released a new song for mom. Called “A Letter To My Mama,” the song is not some sappy ode similar to the cursive inscription you might find in a Mother’s Day card, it’s an honest, open, and thoughtful expression of remorse and gratitude to mom that we can most all relate to.

“A Letter To My Mama” is the first song from Vince Gill’s upcoming album called Okie to be released on August 23rd. The new album is said to be a step in a different direction for Gill. On his last record, 2016’s Down To My Last Bad Habit, you got the sense Vince was still trying to hold on to some of his mainstream popularity that has probably passed him over at this point. But Okie is more acoustic and songwriter-based.

“I thought this was going to be a songwriter record, not a concept album,” Gill says, who wrote or co-wrote all 12 tracks on the album. “It wound up being more information than I’d envisioned. A friend sent me an email saying, ‘You could have only written this record after living a 60-year-plus life.’ He said, ‘There’s no struggle in these songs, just truth and your experience.’”

On the record, there are tribute songs to both Guy Clark and Merle Haggard, and two songs about his wife Amy Grant. Now at 61-years-old, Vince Gill sees his window of creativity beginning to close, and wanted to do something more thoughtful. One of the best Telecaster players in country music, the record is said to have no guitar solos.

Vince Gill has been getting his fair share of playing guitar while being a primary member of The Eagles on recent tours, trying to fill the big shoes of Glen Frey who passed away in 2016. Gill was also recently in Oklahoma near his hometown paying tribute to Byron Berline and his Double Stop Fiddle Shop that was destroyed in a recent fire. Along with Larry Gatlin and the Turnpike Troubadours, they played a benefit to raised funds for the famed fiddle shop.

A Letter To My Mama, Okie, Vince Gill