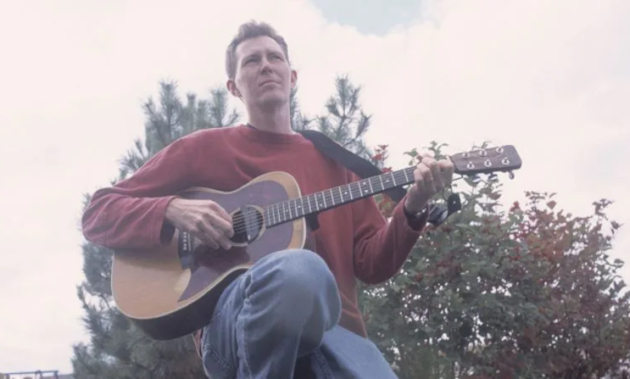 Country music doesn’t deserve Robbie Fulks, and Robbie Fulks doesn’t deserve the perilous and unjust trappings of country music. He’s too damn good and too damn smart to be sticking it out in an art form that can’t appreciate his spellbinding wit and talent, and has relegated him to side stages and club circuits while hacks in skinny jeans fill up arenas. This guy should be designing jet engines or transplanting hearts or something. Yet here he is spinning hillbilly tales for penny fractions on Spotify, though we’re not complaining.

Robbie Fulks is so good, it will probably take 50 some odd years after his death to truly appreciate his work in retrospect, and at that time we’ll all be too immersed in cybernetic warfare and fighting to breathe toxic air to pay attention. But his music will still kick ass, and withstand the test of time more than most. Case in point is his debut album Country Love Songs released via Bloodshot Records in 1996. Though the album is receiving renewed attention due to a recent vinyl re-issue by Bloodshot, long-time Robbie Fulks fans need no introduction, even if they appreciate the reminder of what a master work of songwriting, singing, and instrumentation it was, and still is.

The original release of Country Love Songs was lifetimes before people would be going nuts over folks like Sturgill Simpson, Tyler Childers, and Cody Jinks—when the alternative programming of country music had no chance of being recognized on album charts and awards shows whatsoever, and barely received any press. It was during a time when “Americana” was just as much an identifier for thrift store antiquities as it was a form of music, and “underground country” was the preferred term for performers who even found alt-country a little off-putting because it didn’t embody how they were embracing country’s history and traditions unlike the rabidly commercialized country of the era. This wasn’t just about creating alternative spaces for more heady and traditional music, it was about sparking a revolution to take country music back from the money changers.

It’s the combination of well-studied musicianship mixed with keen self-awareness, and how Robbie Fulks can both lovingly embrace and simultaneously poke fun of the inherent cliche in country that makes his music such a treasure. And with no offense to the numerous works he’s produced in the last quarter century—which all contain these same qualities—these advantageous attributes may have never been better illustrated and more accessible on a Robbie Fulks record than on Country Love Songs. 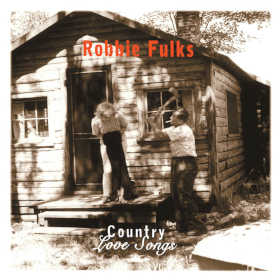 Smartass and hardheaded as they day is long, Robbie didn’t give a shit what was popular at the time in country or its alternatives. Instead he barreled headlong into writing and performing a song about getting your heart broken because your love interest likes “Every Kind of Music But Country,” and embracing the Bakersfield Sound to get through a little heartbreak in “The Buck Starts Here.” It was these kinds of songs that spoke sincerely to country’s forgotten and disenfranchised population, while offering something for a new generation of country fans to embrace as their own as opposed to just the old records.

“Rock Bottom, Pop. 1” and “Papa Was a Steel-Headed Man” were Robbie’s stabs at writing new country standards, and are good examples of his willingness to be a little a little silly and cliche, but still with the ability to speak to people deeply. There’s nothing silly at all about the song “Barely Human,” which is a heartbreaker of the highest order, and still holds up as one of the best songs Fulks has ever recorded. You may have to be keen on Robbie’s kind of humor to really appreciate songs like “She Took a Lot of Pills (and Died)” or “The Scrapple Song,” but if you are, they may be two of your favorites. Robbie keeps listeners on their toes. You really have no idea what is coming next, and what country music erogenous zone this album will touch.

What comes most starkly forward during a retrospective listen to Country Love Songs is the incredible singing Robbie Fulks displays on the record. Not a particularly gifted singer in the sense that his voice carries some iconic timbre like the overlords of country yore, it’s his acuity and effort to pull the best out of himself that adds Robbie’s vocal performances to the heaps of praise Country Love Songs deserves. What he’s able to do with his voice on the duet “We’ll Burn Together” might remain unmatched on the recordings of Fulks and many others. At the time Fulks was angry, and fresh, and hungry, and it comes through in these recordings.

And the instrumentation of Country Love Songs is the icing on the cake, with ample steel guitar, and the adroit acoustic guitar of Robbie Fulks which is just another asset he brings to his music. Country Love Songs is a hard throwback country record, with little bouts of Western Swing and bluegrass mountain music thrown in there as well.

Going back and discovering old records that contain the soul, the wit, and the sound that has been so unceremoniously excommunicated from so much of modern country is a fulfilling practice. In the case of Country Love Songs by Robbie Fulks, you get the same fulfillment, but from a record that was trying itself to rekindle those classic country feelings way before it was the cool thing to do in the modern era of independent music.