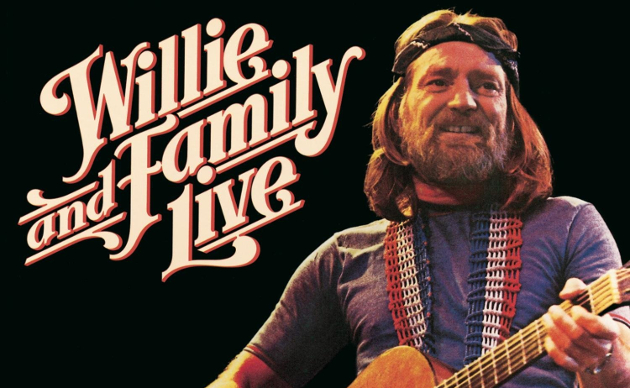 Willie Hugh Nelson is responsible for releasing a total of 67 albums so far in his nearly 70-year country music career, including such iconic works as the Red Headed Stranger, which is regarded by many as the greatest country music album of all time, Stardust which was the first country album ever to be certified triple platinum, and Phases & Stages which was one of the first concept records released in country music history. The list of landmark Willie Nelson albums goes on from there, and most of them dutifully earn the praise they receive for the importance to the genre, the influence they wielded in the creative marketplace, and the commercial acceptance they garnered spanning country music and beyond.

But pound for pound, if you’re looking the most enjoyable record of Willie Nelson’s career, the one that captures him at his creative apex the most, the one that birthed some of his most lasting contributions to recorded music, it’s not a studio record of his at all. It’s a double live album he recorded in April of 1978 at Harrah’s Casino in Lake Tahoe, and released in November of 1978 known as Willie and Family Live.

It wasn’t just Willie Nelson’s studio records that saved country music in the 70’s from the repressive Music Row methodology, it was his stunning live performances that were considered one of the world’s greatest wonders at the time. Willie Nelson showed up to Austin, TX and started playing shows, and soon people were calling Austin the Live Music Capital of the World. Willie played a picnic in 1973 (Dripping Springs Reunion), and that same event has been going on ever since. He played the pilot episode of Austin City Limits in 1974, and it launched the longest-running music program in American history. By 1984, Willie Nelson was the highest-grossing concert act in the United States of America—something previously though to be unheard of for a country act. And it’s all because of the incredible magic and energy Willie and his Family Band captured live on a nightly basis.

When you want to listen to the definitive recording of “Whiskey River” or “Stay All Night (Stay A Little Longer” you don’t (or shouldn’t) pull up the lethargic studio recordings from Shotgun Willie. No offense to them, but once you’ve heard the Willie and Family Live versions, you’ll never go back. Even Willie remarked himself in his autobiography that many of his studio recordings of the time sounded stoned in retrospect. Meanwhile every song on this live album is on fire. And if you want to hear Willie belt out an amazing and heartfelt version of “Georgia On My Mind” that would go on to be named the Best Male Country Vocal Performance at the Grammy Awards in 1979, his live rendition is arguably just as good as the cut that made the Stardust record.

If you’re looking to hand someone an album to prove the power of Willie, this is the one. Some think the pauses (or lack thereof) between songs were edited out for space and production value on the record, but that’s just how fast Willie & Family would transition from one tune to another at the time. The dynamics on Willie and Family Live aren’t just incredible, they’re unprecedented, going from breakneck speeds to unbelievably hushed moments in the span of one bar. How they all kept up with Willie and each other is the testament to the musicianship this band displayed that at the time was the toast of all of music, not just country. Jazz masters and prog rockers alike would watch Willie and marvel at what he was able to pull of completely off-the-cuff, launching into one song after another unscripted.

Every iconic artists has their “moment” in music history: Jimi Hendrix at Woodstock, Bob Dylan going electric at Newport Folk, Johnny Cash at San Quentin. For Willie Nelson, that moment lasted for nearly a decade on stage, and music fans should be lucky someone had the foresight to capture it for eternity. Willie and Family Live went on to be be Certified 4-times Platinum, and reach #1 on the Billboard Country Albums chart. Only Stardust released earlier in 1978 ever sold better as a Willie album. Willie and Family Live blew the doors off of the perception of what country music was.

Willie was able to bridge the worlds of country and rock by ranging from country and gospel traditionals to pop standards, and turned in some of the best renditions of legendary songs anyone had ever heard. It was still Outlaw country, but it was wildly universal from the energy and acumen Willie Nelson displayed. At the time, everyone wanted to bask in the glow that was Willie. He was a beast. For a period he was referred to around Austin as “Willie The Lion.” People worshiped him like they’d only done rock gods previously.

And you can’t give credit to Willie and Family Live without giving credit to Sister Bobbie on the honky tonk piano, Paul “The Devil” English on drums, bassist Bee Spears, the iconic Mickey Raphael on harp, and guitarist Jody Payne, who never receives enough love for simply knowing how to stay out of Willie’s way while still contributing something necessary to the Willie Nelson sound. Something else special about the double discs of Willie and Family Live is they also feature bonus contributions from Emmylou Harris and Johnny Paycheck singing backup vocals on select tracks, and Paycheck singing his signature “Take This Job and Shove It.”

It’s probably fair to say that by later in the second album of the 2-album set, the material starts to stretch a little thin. The second pass through “Whiskey River” is fine, but superfluous. By the time you get to “I Gotta Get Drunk,” Willie sounds tuckered out and short of breath. The set at Harrah’s probably went a few songs too long, and so does this album. But it’s quite forgivable for all the other musical gold the record contains.

For very fair and legitimate reasons, live records will always be slotted subordinate to studio efforts in the grand scheme. But in the case of Willie Nelson, it was a live album that ultimately captured his essence at the absolute peak of his powers, and with a legendary band that might go down as the best there ever was in country music, at least in the moments ensnared in these recordings.