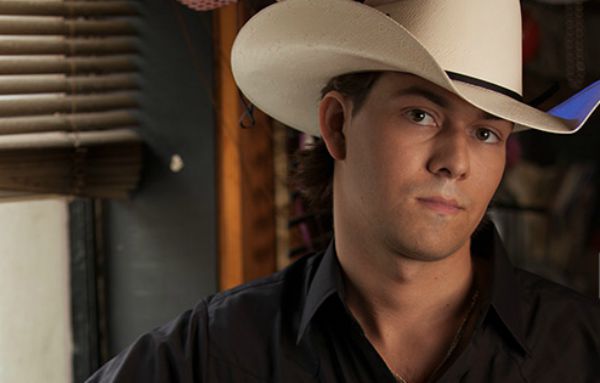 This is it folks. Without qualifiers, caveats, or commercial dalliances outside of his tightly-knit traditional-leaning comfort zone, William Michael Morgan has released a mainstream country record that is quality cover to cover, true country at every turn, and most importantly, one that might actually pique the interest of the masses as its lead single eyes a top spot in the charts and people are actually paying attention.

This isn’t Hank Williams or Waylon Jennings country mind you. But it’s not Garth Brooks or Brooks & Dunn either. It’s not even Chris Stapleton, who despite his singular talents and true country treatments, still leaves a bit to be desired if you’re looking for country music straight down the middle. There’s no wiggle room here, no play in the action, no latency in the line. Like a pearl snap Western-patterned Wrangler shirt and starched jeans, you can count on William Michael Morgan. There’s no compromise, no pandering or pop-related material. If the heyday of the George Strait / Alan Jackson era is what you wish country music would hearken back to, then ladies and gentlemen, here it is embodied in a young and promising talent who will hopefully have years of similarly-minded music coming.

William Michael Morgan wows you in a number of moments on his debut LP Vinyl, and at other times plays it a little bit safe. But the most important thing is that he never goes off the traditional country script. Who cares who co-wrote “I Met A Girl” and if they’re country or not, William Michael Morgan could sing Erasure and make it country from the sheer power and authenticity of his voice. The fact that his biggest hit so far is a Sam Hunt song isn’t a strike against him, it’s how you know he’s the real deal—that his touch can turn something to country gold, while the production of Morgan’s songs always stays right there in accordance to his authentic country style. 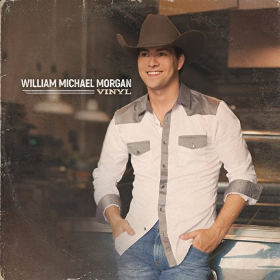 Another song “Missing” has that immediately infectious and warm country music flavor like your favorite home cooked meal that you’ll never tire of, and you fell in love with the first time you tasted it. Solid tracks like “Vinyl,” “Lonesomeville,” and the throwback vibe of “Cheap Cologne” make sure that William Michael Morgan isn’t just the tale of a couple of lucky takes, but brings a full boat of country goodness to the table. If your looking for mainstream country songs that don’t just paint everything rosy, they’ve all coalesced around William Michael Morgan like moths to a flame.

There are a couple of songs that slide by that don’t seem to raise the pulse either way, and a couple of moments where the influence of today’s songwriting does creep in. Though it’s staunchly traditional at heart, “Beer Drinker” seems a little presumptuous, though stops short of being pandering. You can tell that “Something To Drink About” was the result of a wrestling match where maybe the label or the producer wanted a more modern edge in the lyricism and production, utilizing a mandolin in a rhythmic pattern almost like electronic percussion would be employed, and words that trend toward the Metro-Bro influence. But even though it might walk up to the edge (and be an overall weak track), it doesn’t result in an anchor like so many other bad mainstream songs do on otherwise decent projects.

And whatever Vinyl leaves for second guessing, it also smooths over with deeply personal songs like “I Know Who He Is” touching on Alzheimer’s, or “Backseat Driver” about knowing when to let people go in life, and learning when to let go yourself.

Vinyl feels like a freshmen release in how it’s not really interested in taking too many chances, and how it also illustrates a tremendous amount of promise and potential. But it also doesn’t need to be apologized for either. There is a lot of good and great material on this record.

Music Row is hedging its bets at the moment on traditional country artists like William Michael Morgan. But William Michael Morgan may be the most traditional of them all. And because of this, unlike Jon Pardi or a handful of others, Morgan could really get the grassroots of country to rally behind him. True country fans are hungry and happy to root for a young talent who can carry the torch to the next generation.

There is still much to be decided in the young career of William Michael Morgan, but Vinyl is decidedly country, definitely good, and a great start to what hopefully continues to be a successful traditional country career, if not a resurgence in that direction for the entirety of the genre.