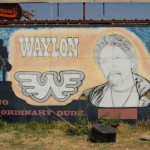 A few days ago I found myself driving from Taos, New Mexico to Austin, TX; a junket I dubbed the “Waylon Jennings Historic Tour”. One of Waylon’s first big songs was “Taos, New Mexico” from the album Love of The Common People during his country folk days. Of course Austin is where Waylon reinvented himself as a country music Outlaw at the Armadillo World Headquarters and The Dripping Springs Reunion among other places. And if you draw a line between Austin and Taos, you darn near intersect right down the middle the towns of Lubbock (where Waylon got his start with Buddy Holly) and Waylon’s hometown of Littlefield, TX.

Pulling into Littlefield, there’s a sign announcing it as Waylon’s hometown out on the highway, but with no research or knowledge, I decided to pull into town to look for any other homages to the Flying “W”. As I drove in on Farm to Market road 54, I noticed the name change to “Waylon Jennings Blvd”, and when I reached the heart of town, at the corner of Waylon Jennings and Hall Ave., I found what I was looking for in the form of “Waymore’s”.

Waymore’s is a drive-thru liquor store converted from an old gas station, with the repair bay open on both sides. It is also a Waylon Jennings museum, opened by Waylon’s younger brother James Jennings a couple of years after Waylon’s death in 2002. Amongst the shelves of hard liquor are Waylon artifacts and memorabilia, most notably the platinum record from the first ever certified platinum album in country music, Wanted, The Outlaws, Waylon’s first guitar (and accompanying photo), the original poster for the movie Nashville Rebel starring Waylon Jennings from the Littlefield movie house, a black Southwestern-style wool coat custom made for Johnny Cash, and reams of photos, album covers, and other Waylon memorabilia from his extended family and associated acts.

Unfortunately James Jennings was not around, but his wife and Waylon’s sister-in-law Helen Jennings was, and acted as my personal curator. Apparently if you can catch James, sometimes he’s known to pull out a guitar and play you a Waylon song, or take you in his truck on a personal Waylon-themed tour of Littlefield.

Right down the road from Waymore’s, just past the Ace Hardware is the “Waylon Jennings Free RV Park”. Now when was the last time you heard of a free RV park? Waylon’s bootprints cast in a concrete block the shape of Texas christens the campground. I also found the strand of trees on Austin Ave. where according to Helen Jennings the boyhood home of Waylon once stood.

Littlefield is a dusty, sleepy, somewhat depressed-feeling town of the dry American plains, but it is great to see them embrace and preserve the heritage of their most-famous son. You may not be able to hear Waylon on the radio anymore, buy his legacy is still alive in Littlefield. 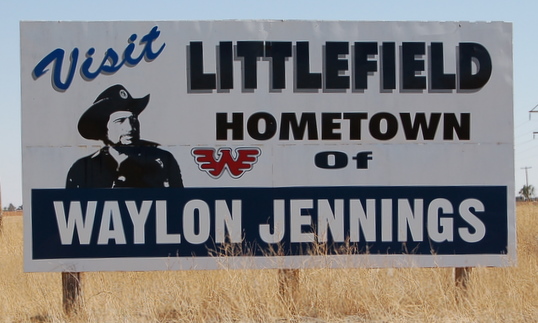 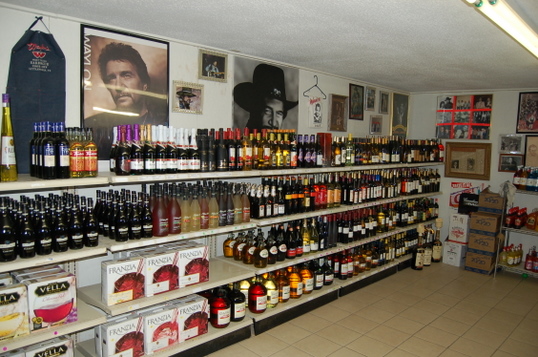 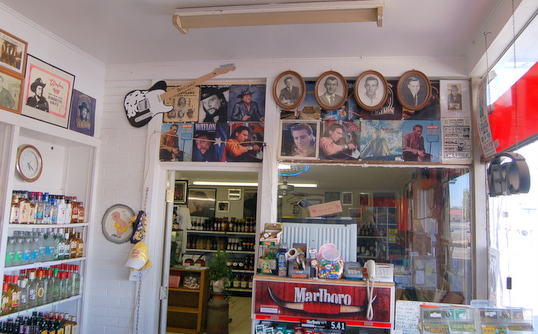 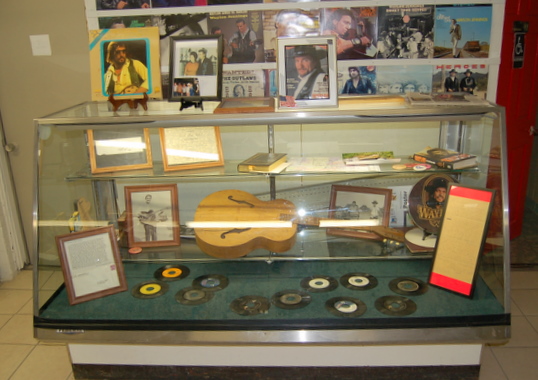 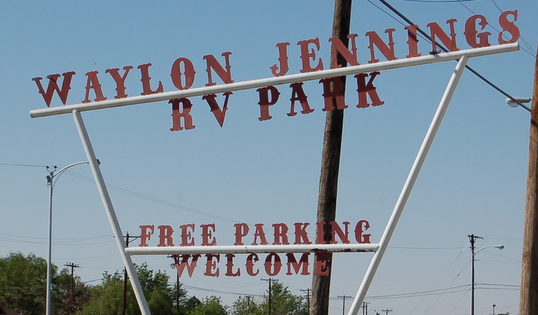