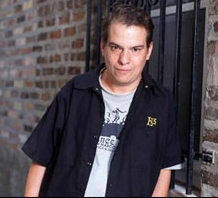 If he’s not playing music, there’s no other place Wayne “Train” Hancock would rather be than riding on the back of his 2006 Harley Davidson Super Glide motorcycle. The new album Ride out 2-26 from the “King of Juke Joint Swing” in many ways is a nexus between these two passions, and a very personal work with songs reflecting the current state of his life and career. Wayne spoke to Saving Country Music on the eve of the release of Ride; an album 3 years in the making.

Listen to album in it’s entirety on Pop Matters

Trigger: You’ve had a lot of, let’s just say inspiration and material to write about in your life since you released your last album Viper of Melody. There’s been some turnover in your band, a separation from your wife, a couple of stints in rehab, and these events are woven into the songs of Ride. Would you say this is your most personal album yet?

Wayne Hancock: It could be man. Most of the songs I write come from the heart, just singing about my situation. There’s some songs I wrote on the album a long time ago. Me and my wife are separated. A lot of people think we’re divorced. We’re not divorced as of yet. But we’re good friends. We live in separate states. The song “Ride” itself, I started riding with an MC (motorcycle club) out here in Texas. Got myself a bike. Marriage was going to hell. Wife was moving out. And it had been three years since my last album, which is a long time. I hadn’t really had any inspiration up until that time to write anything. Cause all I wanted to do was to get on my bike and ride and kind of forget about everything. With my wife being gone, I started writing songs that were more about myself. So I guess yeah, to save a lot of words it probably is more of a personal album than the other ones.

Trigger: Was this a hard album to write seeing how personal the subject matter of the material was? Or was it cathartic? 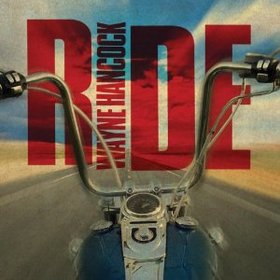 Wayne Hancock: No, it was easy. “Low Down Blues” was written the day before I went into the studio. The studio was really easy. Most of the players I was using, I’ve known them for almost 20 years. I had a good band. I pulled back on my drinking. I didn’t do any drinking during the album making. Just had a clearer head.

It only took a day and a half to cut the album. I was working with Lloyd Mains, and the way I like to record, everybody is live and at one time. Any more than two days in a studio is a waste of time. I’d rather be out touring, playing in front of somebody. We do 3 or 4 takes of the same song, and then move on. I think “Ride” was only two takes. I’ve heard about bands being in the studio for six months. I can’t imagine cutting an album in six months. What a waste of good time. What’s fun about this music is because we don’t play arrangements, everyone just kind of freestyles. You hear me calling the players names because if I don’t call their name, they don’t play, just like it is on stage.

Trigger: Your sobriety has been a theme in your music throughout time. “Double ‘A’ Daddy” is one of your most famous songs. What is the most difficult part about being a musician and staying sober?

Wayne Hancock: It’s been a lot easier lately. I don’t know if I’m just getting older and starting to figure things out. What’s made it easier for me is I’ve had guys in the band that were bad alcoholics. I got rid of all those guys. That’s one thing I did. And if I go to a bar, I don’t go in there unless I’m going in to play. Hanging out in a bar, sometimes you just want to drink. You’ve got to get out of the bar, go outside, do whatever it is you’ve got to do to beat that feeling. Walk around the block and get some coffee.

Trigger: Because of the diversity of influences in your music, you’ve found yourself in the center of many movements in music, like the swing revival in the late 90’s, the rise of underground country in the early and mid 2000’s, and maybe to a lesser extent the roots revival today with bands like Mumford & Sons. Where do you see your music in the grand scheme of things? Do you sit back and laugh when you see the popularity of music come and go and you don’t change anything but it seems to always be similar to what you’re doing?

Wayne Hancock: Yeah, it’s cool man. The myth of what it’s all supposed to be, I know it’s not. I’m not trying to be famous anymore. The titles that come along like Americana and the swing thing, everybody finds a part of a book that they like and then they tear that page out and then they repeat that page over and over again. Music is the same way. Whatever the Top 40 is, you always want to pray that one of them will actually have some kind of talent. But it’s a big joke, it’s like Spinal Tap. The first time I watched it I couldn’t get through the movie because it just made me sad. Because it’s that sad how the music business is. People laugh at it because it’s comedy but if you’ve been in the business and been around those people you know that’s not comedy, that’s real life. I’m glad if I could influence anybody to do anything. That makes me feel good. I feel like I’m doing my job.

Trigger: Is Ride a new beginning for Wayne Hancock?

Wayne Hancock: It certainly signifies a shift in my life. Everybody’s life evolves. I’m getting older. When I started I was in my late 20’s, early 30’s. I’ll be 50 in a couple of years. Isn’t 50 the new 30 (laughing)? I think if I keep making great albums overall I will probably be alright.