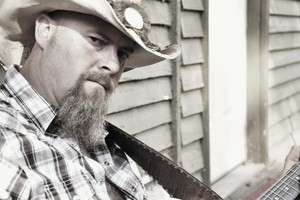 ***NOTE: This story has been updated. Please see further updates at bottom.

Outlaw country music singer-songwriter and performer Wayne Mills of the Wayne Mills Band has been pronounced dead at Vanderbilt University Medical Center after being shot in the head at 5 AM this morning outside of the Pit and Barrel bar at 515 2nd Ave in Nashville. “God be with us all in this tragedy……” was posted on Wayne’s Facebook page.

44 year-year-old Jerald Wayne Mills was at the Pit and Barrel early this morning when apparently an altercation erupted with the owner, Chris Michael Ferrell, after Wayne was smoking in a non-smoking area. Everyone else in the bar went outside, and later witnesses heard gunshots fired and called police. Ferrell told police he acted in self-defense.The bar owner has a valid handgun carry permit. Chris Ferrell and Wayne Mills were reportedly good friends, and they were hanging out at the bar after attending the George Jones Tribute earlier in the evening.

Earlier today when reports first surfaced, Wayne Mills was mistakenly identified by witnesses as another Nashville songwriter, Clayton Mills, who has written songs for acts like Darius Rucker and Diamond Rio. Wayne was in “extremely critical condition” all day. Wayne’s manager J.R. Smith earlier this evening posted, “It is so hard for me right now to post this. Wayne was shot early this morning by a club owner in Nashville. Things aren’t looking good right now. Please send prayers to Wayne and his family.”

Wayne Mills is originally from the very small town of Arab in Northern Alabama. He attended Wallace State Junior College as a baseball player, and eventually played football for the University of Alabama. Mills earned his degree in education and formed the Wayne Mills Band which became one of the hottest college bands on the honky tonk circuit.

Though Mills never rose to become a household name, his influence on country music cannot be overstated. He was close personal friends with Jamey Johnson, and was on tour with Jamey just last week, playing shows in New Orleans and Tuscaloosa. Jamey once opened for Wayne when he was making his way up in the ranks, so did future CMA Entertainer of the Year Blake Shelton, and American Idol winner Taylor Hicks. Mills also shared the stage with Blackberry Smoke, and toured both Europe and Australia during his 15-plus years of touring experience. Mills received the Guardian Award by the Outlaw Music Hall of Fame just last month to recognize his “hard work and unwavering commitment to their music and their fans and best exemplify the tradition of those who came before.”

Wayne Mills is survived by his wife Carol, and son Jack. A fund has been set up for those wanting to donate to Wayne and his family.

UPDATE (11-24-13 12:35 PM CST): An episode of the Spike TV bar series Bar Rescue that features both the Pit and Barrel bar and bar owner Chris Ferrell is set to air tonight, 11-24. Friends and family of Wayne Mills have asked that the show not air as scheduled. The episode reportedly depicts Chris Ferrell acting out, and he is told to remove the guns from the bar. No update from Spike TV has been given at the moment on whether they intend to air the episode, or not. A petition has been set up to try and stop the airing of the episode.

UPDATE (11-24-13 3:27 PM CST): According to Spike TV, the network has decided to not air their episode on the Pit and Barrel scheduled to air tonight.

Numerous country artists have been tweeting their sadness at the passing of Wayne Mills, and the support for his family. Blake Shelton tweeted out last night, “Extremely sad to hear about the death of my old friend Wayne Mills… Rest in peace brother. Love you Carol.” Jamey Johnson tweeted out R.I.P @WayneMillsBand such a sad day.

UPDATE 11-24-13 11:55 PM CST): On Sunday night Fox 17 in Nashville aired an in-depth report about the shooting that included footage and interviews from a gathering of Wayne Mills friends. In the report, a picture surfaced that shows Wayne Mills and Chris Ferrell in the same photograph, with Ferrell casually showing a gun. Chris Ferrell is 3rd from the left with the gun, and Wayne Mills is peering over the crowd in the near right of the photo.

UPDATE 11-25-13 6:20 PM CST): The sister of Wayne Mills, Paula Lemons spoke to an Alabama Fox affiliate about the shooting.

“I want the truth and I want this man to be held responsible for his actions….I want him to know that in five seconds he changed so many lives that can’t be undone. I trust God. I don’t understand it but I trust God and I know that God loved Wayne more than anyone on this earth….He always wanted to play for Alabama. It was his dream and he made it come true. He was a walk-on and got to play. And then while he was going to Alabama, he starting picking the guitar and he started playing music….He was very funny and loved his family and his friends.”