“You know, when you get old, in life, things get taken from you. I mean, that’s a part of life. But, you only learn that when you start losing stuff.” —Al Pacino, playing Coach Tony D’Amato in the movie Any Given Sunday. 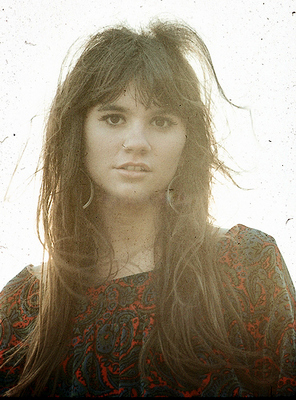 This news of Linda Ronstadt losing her voice due to Parkinson’s Disease seems like an especially sinister storyline. What a cruel machination of mother nature to rob a woman of her one defining gift while she still has life and clear cognitive factories to contemplate her fate. This isn’t any voice, or any woman. But Linda Ronstadt is smart and strong, and I’m sure she will come to peace with it.

And we must come to peace with it, but how do we replace the Linda Ronstadt voice? With Miley Cyrus twerking up a wall and dropping immature drug references in her droning dance club songs? With Brittney Spears, and the images of her shaving her head to avoid a positive drug test in a custody battle, and making out with Madonna on the VMA Awards? With Taylor Swift, who arguably can’t even sing? It’s just one voice, but it’s one we can’t replace. None of the voices that lent their talent to defining the American culture as the preeminent showcase for artistry and talent are being replaced as the greats falter and disappear and their contemporaries are relegated to obscurity. Where have you gone Joe DiMaggio…indeed.

Linda Ronstadt’s first solo album, Hand Sown…Home Grown, was arguably the first ever alt-country record. Like Gram Parsons, Ronstadt was responsible for showing legions of music fans that country music could be cool. Ronstadt’s 1987 collaboration with Dolly Parton and Emmylou Harris called Trio resulted in one of country’s most timeless records.

She fell out of favor with some of the core of country fandom when her career moved in a more rock and pop direction. But Linda didn’t strike her widespread, universal appeal by being a genre-bending, attention-thirsty trend chaser, she did it by exploring and satiating the different influences she was exposed to as a child and young adult. She didn’t release a classic Mexican album at the height of her career because that is what the masses were clamoring for. It is because it is what she wanted to do, and lo and behold, the record had more mass appeal than expected despite the language barrier because Linda Ronstadt’s voice was so powerful.

With the way social networking works today, when it comes to celebrity tragedies like Linda Ronstadt losing her voice, we all seem to be more wrapped up in the dissemination of the news than the deep contemplation of what it all actually means. We like to be the first of our friends to see the reports and post it on our respective feeds, we want to have the most poignant quip and get the most retweets and the most shares. It’s like in a moment of supposed empathy, we become somewhat selfish in this new paradigm of experiencing and sharing the grieving process in a public manner, in real time, for people we rarely know on a personal basis, with people we rarely know on a personal basis. It becomes just as much about us as it does the victim or the tragedy.

Then again, we all are victims here. Linda Ronstadt didn’t just lose her voice, we all lost Linda Ronstadt’s voice. And the sounds of life will be one more shade towards grey henceforth.