Trigger Down with Pop Country 58 Comments 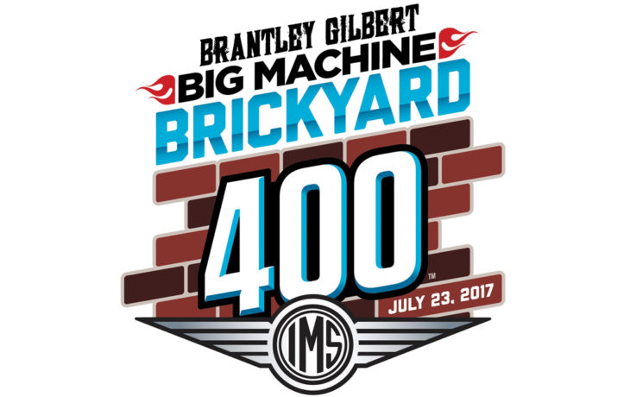 This Sunday (7-23), NASCAR fans in their NASCAR hats and their NASCAR shirts and with their little die-cast NASCAR knickknacks will either make their way to the Indianapolis Motor Speedway in Indiana, or huddle around their television sets to witness the running of the annual Brickyard 400. Though not the oldest NASCAR race, the Brickyard 400 has always held a special reverence in the NASCAR season since it’s held at the same racetrack as the Indianapolis 500. “Brickyard” comes from the row of bricks in one section of the racetrack that the winner ceremoniously kisses at the conclusion of the race.

NASCAR and country music have always had a close kinship, including Mike Curb and Curb Records sponsoring cars and races in the past. If you want to flaunt your money and success on Music Row, one good way is to do it through NASCAR sponsorships. Surely that’s one of the reasons Big Machine Records CEO Scott Borchetta has been throwing his cash around in NASCAR recently, including the decision to become the title sponsor of 2017’s Brickyard race.

Calling this year’s race the “Big Machine Brickyard 400” is probably not the most savory development for true country music fans in itself. Since Big Machine is the home of acts such as Florida Georgia Line and Thomas Rhett, they would probably rather not be reminded that such musical vermin exists on Sunday when they’re trying to get their NASCAR on. But such is the way of things in NASCAR, where anything is up for sale if the money’s right.

But Big Machine has announced they’re going the extra mile with their 2017 Brickyard sponsorship, at least for one of their artists: Brantley Gilbert. That’s is right, a country music star will be the named sponsor for a NASCAR event, and Brantley Gilbert and his B-level career is the beneficiary. Brantley will also perform as part of the pre-race festivities, of course.

“We know a fella named Scott Borchetta who can pull some crazy things off,” Brantley said about the honor, likely while slurring his speech like he has a mouth full of marbles because he’s too cool for school to talk normally. “I mean, hell, I’d have been happy with tickets, but he put some ideas together and said he was gonna work on some stuff. I figured we’d may be able to play a song or attend a race like we have in the past, and he came back with this and I was just blown away.”

Of all the great country music artists who had a direct link to auto racing over the years, like Marty Robbins who was a race car driver himself, or Kenny Rogers through his appearance in the movie Six Pack, it’s got to be the semi-successful Brantley Gilbert to land this distinction, and via a big pile of money from his record label no less. I guess Big Machine believes that NASCAR fans are just the right type of Luddites to buy into Brantley Gilbert’s music.

One thing’s for sure, Gilbert needs all the help he can get. While his last two records both sold over a million copies and he was considered the mainstream’s version of a grassroots star, his latest record The Devil Don’t Sleep is struggling mightily, not yet selling 200,000 copies, and yet to launch a Top 5 single. Brantley has always been slightly overlooked by the industry while quietly selling tons of records. Lately though, he’s just been downright quiet.

It’s hard to get too revved up over this development since NASCAR has been open to the highest bidder for so many years, and now that Jr. is retiring, continues to give old school fans serious doubts of why they’re even still paying attention. In many races this season, you look down the running order and often ask, “Who?” which is exactly what many NASCAR fans will be asking when they see Brantley Gilbert’s name emblazoned on every damn thing this Sunday.