What About A Public Or Private Institution Purchasing Studio ‘A’? 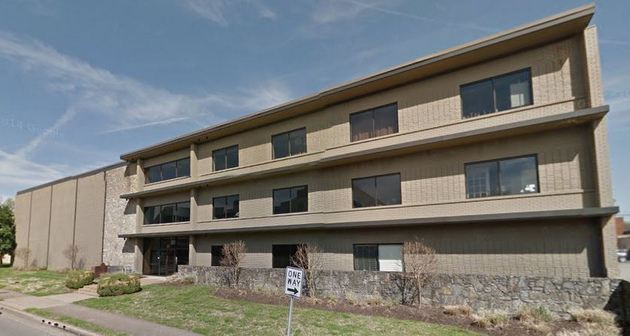 Now that the building that houses the historic Studio ‘A’ on Music Row in Nashville has been sold to Brentwood, TN-based real estate company Bravo Development, the next question is what moves do preservationists have in the playbook to help save the landmark? Ben Folds, the current renter of the studio, and someone who has spent over $1 million on the space in the last dozen years in both rent and renovations, says he is being forced out of the building because of a 124% rent increase. Bravo Development says the building is in poor shape, citing asbestos, bad plumbing and wiring, a leaky roof, and mold in the air ducts. And despite Bravo’s promises to Ben Folds that it was always in their plans to save the historic studio if it was architecturally feasible (even if they tore the rest of the building down), as soon as the company gained possession of the building they immediately put it back up for sale to whichever new developer is willing to pay their price. Saving Studio ‘A’ from the wrecking ball continues to get more complicated by the day.

Preservationists are trying to get the city to grant a zoning overlay on 30 Music Square West and many of Music Row’s other historic landmarks, but there is push back from wealthy developers and some of the property owners on Music Row not wanting to jeopardize future real estate profits by succumbing to such financially cumbersome restrictions. Though there is a lot of popularity for preserving Music Row’s landmarks in the community, it is not a given that saving Studio ‘A’ can be accomplished through the City of Nashville.

So now the question is, who, if anyone, would be in a position to purchase the property with the intent of preserving the Studio ‘A’ space, and potentially the building it occupies? As Bravo Development has stated, the building is in poor shape. All indications are that financially, the most feasible move for most any developer would be to demolish the building and build on the property footprint.

One of the problems in the fight to save Studio ‘A’ is that aside from the studio occupying part of the building, the building itself is not necessarily historic, or attractive, or architecturally significant. We are not talking about a turn of the century structure like the Ryman Auditorium with its regal exterior, or Nashville’s Downtown Presbyterian Church with its Egyptian Revival style. 30 Music Square West was built in 1964 and has a very utilitarian, austere presence indicative of mid-century modern architecture. In other words, it’s a big rectangular box with little ornamentation or imagination. It’s one part offices, one part large-scale studio, with a row of windows along half of it’s horizontal front face, and a mostly brick exterior with some stone thrown in to break the starkness. Compared to the buildings that surround the property, it is fairly nondescript, if not outdated, without being old enough to be called classic. Add on top the other infrastructural and environmental problems with the building, and the outlook is not particularly rosy.

That doesn’t mean that the building, or Studio ‘A’, couldn’t be preserved, the building renovated, and the property beautified by the right owner. But it would take an institution just as interested in preserving the historic space as they are being financially smart about how to craft a sustainable future for the property. Any developer whose plans are simply concerned with the bottom line highest valuation for the asset would likely not be interested in renovation. One of the reasons the building might be in the condition it is in is because the previous owners—the estates of Chet Atkins and Owen Bradly—didn’t see the point in putting more money into a doomed building. That also might be the reason the property was up for sale for so long without finding a buyer, until Nashville’s current boom got so big, developers started looking to gobble up any assets they could.

So who might look to take on Studio ‘A’ simply for the spirit of preserving the landmark, while still getting some functionality out of the existing space? It would have to be a not-for-profit, or a public or private institution not concerned with bottom-line financial outcomes, beyond making a sound investment on a piece of property in a desirable location. And it would have to be someone with the financial resources to purchase it.

Luckily there is precedent for public institutions taking over Music Row properties, and being very successful in that pursuit. Music Row’s Studio ‘B’ on virtually the same piece of property as 30 Music Square West is owned by the Country Music Hall of Fame and is on the National Park Service’s Register of Historic Places. It is co-operated by the Country Music Hall of Fame, who gives guided tours of the studio daily, and another private institution, Belmont University. This partnership has resulted in both the preservation of the site, and the continued use and profit from it as a Music Row institution. Of course, it helped that the studio and land were donated by previous Studio ‘B’ owner Dan Maddox in 1992, but despite the profit potential of the property, preservation prevailed and not at the complete expense of financial return. The Studio ‘B’ building is not particularly architecturally impressive or significant either, and Studio ‘A’ and Studio ‘B’ are virtually connected, making the ability to manage the studio or conduct tours between the two properties by the Country Music Hall of Fame or someone else fairly easy.

The Country Music Hall of Fame also has the resources to raise the cash to fund the acquisition. Keith Urban, who has headlined numerous concerts for the Hall of Fame that have netted millions and helped pay for a recent $100 million expansion on the Hall of Fame, has already lent his voice to Studio ‘A’ preservation. Taylor Swift also recently gave a large sum to the Hall of Fame. Like Studio ‘B’, Studio ‘A’ could continue to function as a studio, while tours could help buffer the overall income environment for the building. The Country Music Hall of Fame could also use the offices for accounting and other tasks that don’t need to be housed at the Hall itself, or open up a Music Row museum as an annex to the Hall and the studios proper.

There is another example of an institution purchasing a historic Music Row property that is much more recent, and much more relative to the situation with Studio ‘A’ since the studio will never be donated by its current owners like Studio ‘B’ was. In early July, Vanderbilt University purchased Sony’s century-old office on Music Row for $12.1 million. Vanderbilt was currently occupying 27,000 square feet of space in the building, and when it was put up for sale by Sony, who intends to move to Nashville’s “Gulch” area a couple of miles from its current location, the purchase made sense. Vanderbilt’s close proximity to Music Row made the logistics of the sale feasible, and just like Belmont University, who has numerous co-inhabited properties with Curb Records on Music Row, the university sees the Music Row campus as a natural extension of its borders and interest.

Even if a new buyer for 30 Music Square West makes promises of preserving the historic Studio ‘A’ space, and even if new zoning restrictions kick in from the City of Nashville, minds can chance, and so can ordinances. If an institution like The Country Music Hall of Fame, or Belmont or Vanderbilt University, The City of Nashville itself, or some large entrepreneurial spirit with an established footprint on Music Row such as Mike Curb or Scott Borchetta could buy the property. It seems like this would be the best option to see the long-term preservation of Studio ‘A’. Out on the open market with investors and developers dealing in the future of the property, most indicators point to the historic studio being doomed.

Studio ‘B’ Building on Left (lighter exterior), Studio ‘A’ on Right

Inside of Studio ‘A’