What Happened to the Country Record Justin Timberlake Promised Us? 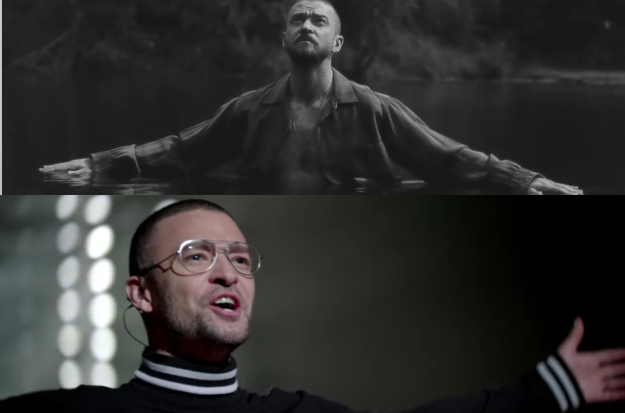 Take a step back for a minute, forget everything you’ve heard from Timberlake’s current record, Man of the Woods, and let’s take a look back at how we got here.

In 2013, Justin Timberlake was interviewed on Sirius XM, and dropped the very first hints that his next record would be a country one. He said in as many words, “I still got my eyes set on a Best Country Album. There is time for that.” This quote was like a shot heard ’round the country and music world, causing ears to perk, and eyes to train on what Timberlake might do next. Was he being serious? Would Justin Timberlake really go country?

And in June of 2015, that’s exactly what Justin Timberlake did. He purchased a 126-acre parcel in philanthropist Aubry Preston’s Lieper’s Fork community just south and east of Nashville for $4 million. This was the first step for Timberlake’s plan to return to his home state of Tennessee, and to make his move to country music.

Six months after the purchase of the Tennessee property, Justin Timberlake appeared on the 2015 CMA Awards with Chris Stapleton, singing “Tennessee Whiskey” with Stapleton, along with one his own song, “Drink You Away” from his previous record The 20/20 Experience. This wasn’t a fluke collaboration. Stapleton and Timberlake were already good friends, and 11 months prior, Timberlake had made his love for Stapleton known to the world by tweeting out, “REAL music fans already know. So, mainstream: @ChrisStapleton. Remember that name.”

With “REAL” in all caps, it appeared Timberlake knew there was a difference between what Stapleton was doing in country, and what everyone else in the “mainstream” was doing. This seemed to allude that whatever type of “country” record Justin Timberlake had his sights set on making, it would probably be more like Stapleton, and less “mainstream.”

And as we all know, the collaboration of Stapleton and Timberlake at the 2015 CMA Awards was arguably one of the biggest, most groundbreaking moments in country music in the last decade. It was the direct catalyst for the incredible sales run Chris Stapleton continues to be on here over two years later, and has completely re-shifted the paradigm in mainstream country.

But the point of that 2015 CMA collaboration was not just for Timberlake to help shine a spotlight on Chris Stapleton’s talents. It was to be the springboard to Justin Timberlake’s own country music pursuits. That is the specific reason he performed “Drink You Away” with Stapleton on the presentation as well.

Only two days after the 2015 CMA Awards on November 4th, representatives for Justin Timberlake were calling around to Nashville’s biggest studios—including the historic Studio ‘A’ (now operated by Dave Cobb)—to book studio time for Timberlake to record his new country project. And then on November 11th—only a week after his CMA appearance with Stapleton—Justin Timberlake released “Drink You Away” to country radio as a single.

And that wasn’t all. On November 17th, 2015—just two weeks removed from that 2015 CMA Awards moment—Timberlake’s primary producer, Timbaland, confirmed in an interview that Timberlake was going country, after being pressed with the question numerous times. And Timbaland revealed that he and Timberlake were so committed to the project, Timbaland had even moved to Nashville to study the music and learn the modes just like Timberlake.

“I gotta break country. I gotta tap into country,” Timbaland said. “I’m already posted up in Nashville. I’ve got a little spot in Nashville, so. That’s something I want to do ’cause I am music. So I can’t, I don’t discriminate no genres. I just like I learn it, I study it, and I love it.

“We are country. He’s from Tennessee, I’m from Virginia,” Timbaland said. “It’s only right that we try to tap into you know, what we was raised, in, you know? And I feel like I was raised, we was raised in the country. I mean, that’s who we are. I mean we love love songs. We heard our parents sing ’em. You know, the old country songs.”

Again, forget what you know now about Man of the Woods, and try to understand what was happening with Justin Timberlake in November 2015 when his whole pursuit to make a move to country was being unveiled. It wasn’t just a lark. It wasn’t just a half-baked scheme or something he was doing with one foot in. He was already on record saying he wanted to make a “Best Country Album.” He was touting Chris Stapleton as something the “mainstream” should look out for. He and his producer were talking up their country roots. Both had uprooted and moved to Nashville and begun to study the modes of the music for this big country project. And they even had released a single to country radio as the first salvo towards the format.

…and then all of a sudden, everything stopped.

Even though Timbaland had said in November, 2015 that “Drink You Away” was beginning to be “one of the biggest songs,” almost immediately after the song was released to country radio, any and all support for the single was pulled. The studio requests Timberlake’s people had around Nashville for studio time? They expired without a single note being recorded that made it onto the new record. When Chris Stapleton got together with Timberlake to write songs for Man of the Woods, Stapleton traveled to Los Angeles, not vice versa. In fact despite Timberlake’s $4 million home purchase in Tennessee, it’s questionable how much time Justin spends there. In fact in 2017, he spent $20.2 million on a new apartment in the Tribeca portion of New York.

It’s less likely that Justin Timberlake and Timbaland were lying, and more likely that the country record Justin Timberlake envisioned never got made. At some point in the process, Timberlake must have had a change of heart. The entire pursuit was scrapped for what became Man of the Woods, which is country in motif and marketing only.

But there still seems to be this underlying effort by Justin to sell Man of the Woods as more “earthy,” or in his more updated assessment, “Americana with 808’s.” Of course it’s none of those things, not even close. Even during his Super Bowl performance, Justin was wearing a shirt with elks on it, pseudo-camo like an outdoorsman, and had a bandana tied around his neck like a cowboy, like he was still trying to see this earthy, country idea through, while performing music that was patently pop.

It can’t be our determination that Justin Timberlake is just utterly clueless of what actual country music is, because nobody could listen to Man of the Woods and think it’s country, or Americana, even in this day and age. But instead it appears Timberlake decided to make just another Timberlake record, and leave some of the “earthy” ideas surrounding it in tact almost as a marketing and packaging scheme—so perhaps he could justify some of the talk of making a country record that preceded the release, and maybe present a wrinkle to the public to create intrigue and talking points so it doesn’t just feel like “another Justin Timberlake record.”

But that’s exactly what Man of the Woods is. It’s strikingly unimaginative, and aggressively unearthy. It sounds like the record Beck was funning on when he released his ridiculous sexy urban concept album Midnight Vultures in 1996. But of course that was 22 years prior to Man of the Woods, which speaks to how basic Man of the Woods is in scope. It’s not that the album is a complete washout. There are a couple of moments, like the song “Flannel” where the record feels very personal to Timberlake. Like Sturgill Simpson’s A Sailor’s Guide to Earth, you feel like this is a record Timberlake made for his son Silas, whose name roughly translates to the title of the record. But any “earthy” textures come from this strange survivalist theme that pops up a few times on the record, including in one of the singles, “Supplies.”

But in total, Man of the Woods is certainly a washout as a country record, or even as a record that would compel one to listen to it 10 years from now. Like Taylor Swift’s recent Reputation, the album feels like an overplayed hand, too self-absorbed, maybe overthought, and overly-reliant on electronic production.

There’s really no reason to think that Justin Timberlake, Timbaland, and others outright lied when they said they would make a country record. It just appears the record they were talking about was not the one that got made. As all popular music continues to lunge towards producer-based electronic sounds, now more than ever it is dependent on country music to be able to offer organic choices in the music marketplace, meaning real songs made by real people and real instruments, sort of like what Justin Timberlake alluded to in his 2014 tweet about Stapleton when he said, “REAL music fans already know.…”

And Justin knows too. He just chose to go in a different direction than what he originally set out to. Did he get spooked when nobody in country radio got excited about the “Drink You Away” single? Did his label get involved and feel a country move was too risky? Did someone convince Timberlake making a country record was a bad idea? Perhaps Timberlake was just the latest casualty of the antiquated and insular Music Row system because he just didn’t want to deal with the drama which is country’s radio system. And maybe his record after Man of the Woods will actually be a country effort, if anyone will take him seriously after the country music seesaw of the last two years.

The fact that Man of the Woods is decidedly not a country record can either be seen as a big letdown, or a blessing in disguise for country music. When an alpha male of Timberlake’s caliber enters your sphere of the music world, it’s ultimately going to result in dramatic reverberations of some kind, positive or negative. Now, we may never know what the Timberlake effect on country music would have been. Because regardless of anyone’s personal take on Man of the Woods, what everyone can agree on—even in this modern music world where genre lines are blurred more than ever—is that Man of the Woods is most assuredly not country.