What Is Garth’s GhostTunes, And Is It A Game Changer?

At a press conference on September 4th in Chicago ahead of the very first concert of Garth’s world tour and his official comeback from retirement, he announced that he was going digital, and doing so by launching his own digital company. As one of the last holdouts to the iTunes generation, Garth’s music couldn’t be found in either a downloadable or streamable form anywhere on the internet. The 3rd best selling artist in the history of music insisted that he did not want to piecemeal his material out in individual songs, but wanted to sell his music digitally as entire albums out of respect for the album concept. This insistence on special treatment compared to every other artist already dealing in digital is what made Garth unwilling to work with iTunes, Amazon, or anyone else.

Now that all changes. Garth has launched GhostTunes LLC, which allows the artist to select how their songs or albums are sold. Just like iTunes, artists can choose to allow consumers to buy individual songs if they want, or they can choose to only make their music available as cohesive albums. GhostTunes also touts the ability for artists to bundle music together in a manner not seen by major digital retailers, meaning if artist’s so choose, they can sell two albums, three albums, or their entire discography together at a discounted price. Maybe they take seven songs from seven different albums, and offer them as an EP. Offer a live DVD with two separate albums. They can also bundle digital albums with physical albums, or other merch like T-Shirts, stickers, etc. 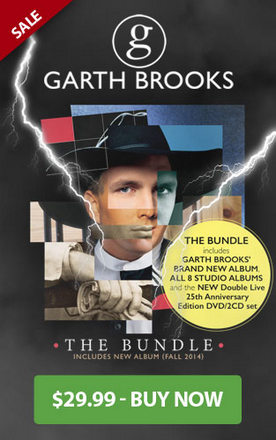 For example, as a promotional deal from Garth Brooks and GhostTunes, Garth is making his entire career’s work available for one price. Eight studio albums, a double live album and DVD, and two new digital albums not even released yet are being made available to the public digitally for $29.99. Compared to the sticker price of 12 albums from comparative digital retailers, that is a steal. Of course, if you already have Garth’s CD’s, you’ve been able to burn them into iTunes or your digital music program for years. And since the music listening paradigm is already shifting dramatically away from downloads to digital streaming, at some point all downloads may lose their intrinsic value. Still, from the regularly dollar-driver Garth, this digital package seems like one hell of a deal.

Something else GhostTunes touts is the ability to purchase music, and listen to it immediately (meaning, without having to go through the time {or the data allowances} to download it), and it will immediately show up on your respective music devices in a derivative or hybrid of cloud technology. This makes GhostTunes sort of a cross between a download store like iTunes, and a streaming service like Spotify. Rights deals have already been signed, and GhostTunes already gives consumers access to millions of songs.

All of this sounds interesting, and GhostTunes is offering just enough wrinkles in their service to delineate themselves from the competition, including offering more flexibility to musicians which in turn might entice more hardcore fans and Audiofiles to the format, but is GhostTunes truly a game changer in digital music?

Releasing all of Garth’s music digitally is most definitely a game changer. As part of Garth’s announcement of going digital, GhostTunes erected the biggest virtual billboard any small-time technology company could ever imagine. The sheer volume of people coming to check the format out and pick up their Garth bundle is going to create the momentum to make GhostTunes a player in the digital music space if nothing else happens subsequently. But who is this all about? Is this about Garth Brooks the artist finally figuring out a way to release his music digitally, or is this about Garth Brooks the GhostTunes founder launching a forward-thinking digital music company that can make the rest of the industry offer more choices, and service artists better?

In GhostTunes’ infant stages, it’s hard to tell what effect it might have, but the inherent trouble for GhostTunes the company is that digital downloading is already next to antiquated. Garth has been retired so long, he missed the evolution of not one, but two music delivery mediums, and streaming is where everything seems to be headed. In the short term, with the slightly older demographic Garth appeals to, many of which are still trying to get used to iTunes, the GhostTunes format may still be appealing…for a while. But eventually GhostTunes would have to figure out how to compete in a non-download environment. Giving consumers the ability to listen to music right after purchase without downloading it is a start, but where does it go from there? 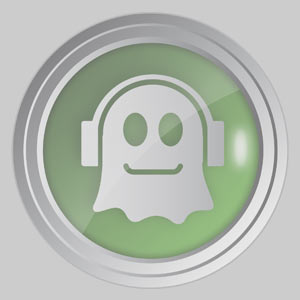 However, there may be the perfect little niche in the digital music marketplace for GhostTunes to thrive. As Saving Country Music has pointed out in the past, there exists a desire from both consumers and artists to create a more sustainable digital environment for music. You don’t have to go far to find story after story about how the payouts from streamers like Spotify and Pandora are abhorrently low, and do not create a sustainable environment for musicians. GhostTunes, with its cheaper, quasi-streaming ability could be a potential solution; if not in its current form, then in whatever form it may take in the future.

When you really look at it, GhostTunes is a “for the artists, by the artists” type of digital format. Though most artists and independent consumers may naturally see someone like Garth Brooks as the enemy, the idea he built GhostTunes around was to give artists more control—something that was lost in the advent of iTunes. GhostTunes still has to prove its relevancy in the marketplace to survive. But it might be a good start. GhostTunes might also challenge the bigger streaming companies like iTunes, Amazon, or even some of the streamers, to augment their formats—allowing artists to offer songs only in the album format, or bundled with physical merch. Some other formats like CD Baby and BandCamp already allow such bundling, but GhostTunes could take this practice mainstream.

Something else to consider is the future is not totally etched in stone for Spotify, Pandora, iHeartRadio, and other streamers. None of these companies have been able to show sufficient enough profit to convince the public of their long-term viability. iHeartRadio’s parent company Clear Channel is sitting under a mountain of debt and continues to turn in quarterly deficits. These streaming companies and subsidiaries are predicated on what they might do in the future, not the profits they are making now. And meanwhile Congress and many artist advocacy groups are looking into trying to increase payouts companies like Pandora music give to artists and songwriters, which could eventually disrupt their streaming model and put them out-of-business, or limit their growth.

In the end, there’s a good chance GhostTunes will be small, and remain small. And it seems like Garth Brooks would be just fine with that. In the press conference Garth said, “What we’re trying to show the rest of the industry is that you can do this for any artist and we want you to do this for any artist. It’s a beautiful format that is young, it’s flexible, it’s small. I want to stay small because I don’t want corporate wagging the tail of the dog.” But its effect on how we all consume music may be much greater depending how the digital music wind blows in the coming years.

READ: Why NPR Should Offer a Streaming Music Service