What The New American Idol Needs Is An Asshole 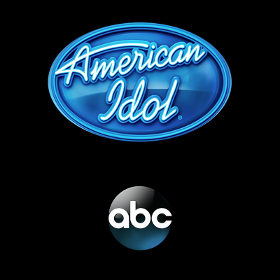 I swear, when Donald Trump, the Ruskies, The Chi-Coms, and that wierdo in pajamas on the North Korean peninsula all enact global thermonuclear war over a misunderstanding on Twitter, the only thing left on Earth will be cockroaches, Keith Richards, and American fucking Idol. Somewhere, in a bunker 500 feet below the ground, Ryan Seacrest will be saying “dim the lights,” and holding everyone in suspense for 17 damn minutes before he announces the latest contestant to get bumped off the show so the local news can start—as we’re all forced to watch with our eyelids taped open in eternal unrelenting Hell.

This dog just won’t die. Last time I remember reading about American Idol, the franchise was an incredible $398 MILLION in debt. That was against $73 million in assets, and $10 million in cash on hand. As you can imagine, these were financial disclosures that emerged as the company was declaring bankruptcy. As the late great Bill Paxton once famously said in Aliens, “Game over, man.” The ratings for the final few seasons of the show were complete shit. American Idol went from a perennial #1 in oughts to being ranked 41st for the final performances in its 14th season. Not surprising, the 15th season was declared the final one.

The show lost all of its original judges like rats fleeing the ship. It hasn’t launched a bona fide superstar since George W. Bush was President. Every single indication is that people are so done with American Idol and don’t want any part of it. And so why exactly do we think it’s going to work better this next time around? Is one measly year off enough to recharge the appetite for this show?

ABC, who has purchased the franchise, apparently thinks so. But more than likely they see what NBC has done with The Voice, and they want a piece of action in the reality TV singing competition space themselves. But I’m telling you, it will never work, unless that instill the one component that made the original American Idol even the slightest bit compelling and relevant: An asshole.

You think people watch these shows for the display of natural talent? You think America is that mesmerized by singing? Bullshit. The only reason The Voice is successful is the bromance and fake feud between Blake Shelton and that dude from Maroon 5. The only point of the contestants is to make the judges look good as they ply their cliché’s passed off as guidance to these cannon fodder amateur open mic scabs. Yes, The Voice and American Idol back in the day have seen some really stellar vocal talent, but it takes more to be an artist. And even the true artists that slip through these reality show systems face diabolical odds at actually developing into something.

Simon Cowell, who was one of the original judges on American Idol—the only one willing to be honest with contestants, and usually to a rain of boos from the audience—has already said he’s not coming back. “My memories are when we first started. It was a different time with Randy [Jackson], Ryan [Seacrest] and Paula [Abdul],” Cowell recently said to Extra. “You can’t re-create that.” If you want to know how bad Idol got after Cowell fled in 2010, remember he was replaced by none other that Steven Tyler. Not exactly a tit for tat.

In 2012 when American Idol added Keith Urban, Saving Country Music said at that time that the show needed an asshole, not and Aussie to pull out of the ratings tailspin it was in at the time. People don’t watch American Idol for powder puff judges who will pull punches and pander to the audience and the Nerfworld/participatory trophy society we live in today. Harry Connick Jr. tried to be critical and qualitative, but he didn’t have the delivery or boldness of Simon Cowell. Besides, all the housewives at home thought he was Chris Isaak.

Simon Cowell made American Idol compelling not just because you never knew what he was going to say, but he also kept the show honest because he was critical, which is such a crucial element to artistic evaluation that has been bled out of society by political correctness. Criticism is a vital part of the creative process that has been well-respected and valued throughout creative media since the very beginning of commercial art. The fact that criticism today is seen as attacks, bullying, slander, or something similar, is irresponsible and scary. Years from now, critics will be ostracized from society, and we shouldn’t be surprised if criticism is rendered illegal. You can directly track the death of professional criticism to the rise of crappy art. And featuring true criticism on a major stage such as American Idol—that is, if anyone actually tunes in again—could once again illustrate to society the importance of critical voices in the constructive evaluation of artistic endeavors.

American Idol during the Simon Cowell era was able to launch stars because contestants had been vetted and rendered battle ready by a truly critical voice. And when Simon Cowell gave his stamp of approval, you knew he meant it; you knew there was no pretense or politics behind it. That is one of the reasons The Voice has yet to launch a substantial star, and why the new American Idol will also fail to unless it brings in an asshole that America can believe is telling the truth. And if, and only if American Idol can launch a star again, will it be considered relevant enough for weekly watching. Otherwise, it’s just more red ink and bad reality TV waiting to happen.