What’s In A Name: Music Fans of Today Are Not Cheering For “What,” But “Who” 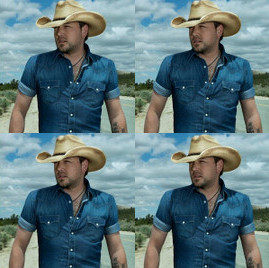 Music is such a polarizing subject in popular culture already. We love to love our music, and we love to hate everyone else’s. Music is what we use to identify ourselves culturally. It’s what allows us to find camaraderie with other people who are more likely to be like-minded with ourselves. It’s what we pride ourselves in to tell us that we’re better than others.

Much thought has been given over the years to why the music of today doesn’t resonate in our hearts like the music of old. 2015 was the first year in history that sales of older music outpaced the sales of newer music, even with the incredible sales numbers artists like Adele and Taylor Swift accrued. Some blame the advent of streaming and the devaluation of music in the marketplace, or consolidation in major labels and on radio, or a myriad of other factors of why the music of today lags behind previous eras in appeal.

But perhaps the true issue is something much more fundamental. We hear music from popular artists and wonder why anyone could ever find anything fulfilling from listening to such racket, when to the fans of certain artists, the music may not be the most important part of the experience. What’s most important is the artists themselves and what they embody through their image, expressions, beliefs, and sometimes their charitable or political activities.

The music is just the excuse. What consumers are really buying into is a specific cult of personality. A brand. Music has always allowed major superstars to rise up and become cultural icons with a sway over the masses as powerful of that of the American President. But it’s because their music was appealing on such a grand scale it united individuals across all boundaries of taste, cultural upbringing, and identity. The music was just good, and it didn’t matter what they looked like, how they dressed, or what they did offstage. Many artists of the past were not particularly attractive, and had tumultuous offstage lives. There’s always been manufactured music that attempted to resonate on a grand scale, or to put image or personality in front of art, but it rarely or ever has the lasting effect of something authentic. That’s why consumers continue to look more and more to the past for something more appealing.

Meanwhile the practice of selling an artist to the public before their music has become commonplace, and is strengthened by the stranglehold grip social network has on the consumer mindset and perspective. For example, Facebook has openly admitted that it looks to serve users content that they will agree with. Music used to be the forum to challenge social mores and dug-in perspectives. Now music is mostly used to reinforce them. It doesn’t matter how terrible an artist’s new single is because the appeal or quality of the music is irrelevant. Whatever the next single from Luke Bryan or Taylor Swift sounds like is inconsequential. It will shoot straight to #1 because people aren’t buying into the music, they’re buying into the people that are making it.

This is causing a wide proliferation of the “Stan” culture. “Stan” is the song by hip-hop artist Eminem about an obsessive fan. More and more you’re seeing scores, sometimes thousands of fans of a certain artist whose social network avatar is the image of said artist, all they ever post about is said artist, and no matter what that artist does in their personal lives or professionally, these fans will support them until the end. They’ve built their entire lives around a vicarious experience run through their favorite performer, and having put so much stock and effort into these artists over years, they can’t imagine questioning any of their actions.

It’s similar to cheering for laundry in sports. A certain player may be reviled by the general fans of a sport, but his team’s fans will overlook his personal or professional failings and blame the officiating, bad luck, or the perspective of a bias media on why they’re so hated. Their players from their favorite teams can do no wrong.

Similarly in music, if an artist releases a bad single, fans have so much devoted in their favorite artists, they’ll tow the company line, sing its praises, and push it to the top of the iTunes charts regardless of what it sounds like. There’s no checks and balances to measure true public appeal. How many singles have we seen where the initial public perception is extremely chilly, but it ends up at #1 anyway?

Furthermore, when criticism is levied against the music of these artists, instead of defending the music with salient points about its virtues, superfans, or Stan’s, cite the artist’s personal attributes as reasons they’re above reproach. So and so does so much for Cancer research, for the troops, for children, for animals, or for the environment, so how dare you call into question the quality of their music, as if this train of thought isn’t a glaring non-sequitur to a discussion about the quality of the music.

Most every major music artist in 2016 is going to have some significant charitable ties and pet issues they use to help define themselves and sell their personalities to the public, and many times these altruistic endeavors parallel the stereotypical appeal of their fan base. In country music, many artists support veterans organizations for example. Though this activity is great in itself, and artists using their high-profile pulpit to champion causes or promote the virtues of charitable giving is worthy of praise, the practice is so widespread, not a single artist is singular because they happen to give to charity. They all give, because of the way the tax system incentivizes charitable giving, and how it dovetails so perfectly with promoting an artist as someone fans can find a personal connection with. It can be argued that some artists even use charity as personal shields to counter-balance shortcomings in personal behavior, or the quality of their music.

And this phenomenon of cheering for artists instead of music is far from isolated in the mainstream. If anything, fans of independent, small-time musicians can be even more fierce and dug in, to the point of being cultish, or even violent in nature towards dissent. “Scenes” work to crush dissent, and instead of fostering the creative process, they suffocate it from the lack of criticism. There’s no system in place to the best music to thrive, and the worst to get weeded out. Criticize someone in the scene, and you will be ostracized. And just as fans can be irrationally exuberant about an artist they like, they can be just as unreasonable with their hatred towards artists they dislike.

But all this affects the music by eroding the checks and balances on the output of artists by clouding public sentiment. It’s supposed to be up to the people to decide if music from a given artist is worthy of a wider ear. When so many loyal fans are dug in however, and refuse to hear criticism of their favorite artists, the overall natural appeal of a song or album becomes secondary. The buying power and sheer size of an artist’s fan base is what’s important. They could release 2:30 of static and their superfans would still buy it.

What, if anything, is a solution? As fans spend more time each day living life through the narrow perspective of social media designed to reinforce one’s preset beliefs, if anything, the problem only promises to persist, or become exacerbated as time goes on.