When The Unthinkable Happens To a Touring Band 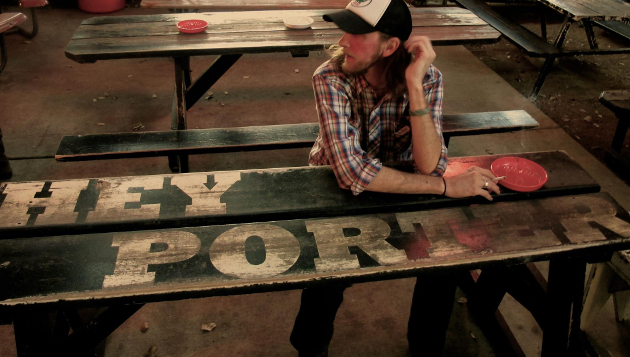 We love our favorite touring bands in their beat up Ford Econolines, hand-me-down Dodge Sprinters, and decommissioned rattletrap fleet vans ambling down the road. Because when they come to our town, they bring the joy of music with them, and when they leave they carry a sense of freedom that can only be delivered by the open road, and for many of us, can only be experienced vicariously though our favorite artists ticking off tour dates to interesting places we may never get to see on a winding path dictated by the dates on the back of a T-shirt, or a stylized tour poster.

That constant motion of bands rolling down the road is as poetic and eternal as the music itself. You can almost feel the energy in the air as they wheel down the road. They leave their home and comfort, flying down the interstate in the dead of night, trying to get some shut eye stretched out on a bench seat scrunched between music gear, with not much to do and their personal lives on pause, eating puffy junk food for dinner and praying for clean public toilets at the next truck stop. For you.

And then the unspeakable happens.

Austin singer and songwriter Chris Porter, as well as his tour mate and bass player Mitchell Vandenburg, were scheduled to play a show in Baltimore on Thursday night. But they never made it. Imagine the lonely stage, sitting there vacant when it was supposed to be full of the frivolity of touring musicians singing to the rafters, with the glow of their amplifier indicators like string lights strewn across the stage. Instead, there was darkness and silence, where a band was supposed to be that never made it, while the news spreads like varicose veins across social networks, piercing the hearts of fans, of friends, and of family. There will be no show tonight.

The journey of Chris Porter and Mitchell Vanderburg—touring under the name Porter and the Bluebonnet Rattlesnakes—ended Wednesday, October 19th at roughly 2:00 p.m. when their tour vehicle was struck from behind by a tractor trailer, pinning them underneath another truck in front of them. They were on Interstate 95 near Smithfield, North Carolina, after playing a show in Charleston, South Carolina on Tuesday night. On the Interstate is where Chris Porter and Mitchell Vanderburg’s tour, and life, ended. A third member of the band—drummer Adam Nurre—remarkably survived the crash, but was injured in the crash.

34-year-old Chris Porter had moved to Austin, TX from Alabama in 2012. He was well-respected and well-liked around the Austin music scene, dating Bonnie Whitmore for a while, who also appeared on his records along with other notable Austin musicians. Chris Porter had fronted other bands such as the Some Dark Holler and The Back Row Baptists. Bassist Mitchell Vandenburg was also a songwriter, and regularly played in the band of Carson McHone. Vanderburg also played in projects in Tennessee before moving to Austin.

It’s now the day after the tragic news of Chris Porter and Mitch Vandenburg’s passing. A Friday. Speculation and rumors have given way to facts and remembrances, while all across the country, in towns big and small, at venues cramped and cavernous, bands are arriving in their tour vehicles, unloading their equipment and merch, setting up on stage, as many can’t wait to get off of work and meet their friends to see their favorite bands play.

But now there’s one less show, and one less tour. It’s astounding it doesn’t happen more often. And it’s all the more reason to see your favorite touring band while you still can.