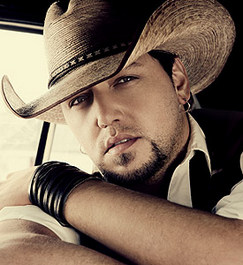 One of the things that can be so frustrating for distinguishing country music fans is knowing many of country music’s current stars can do so much better. Many of them have sensational voices, and can write great songs when they set their mind to it. And many times you can hear examples of this when listening to their albums. The garbage that artists and labels release as singles these days usually constitute the absolute worst an album has to offer. When listening to the albums of even some of country music’s worst acts, you’re regularly surprised by the substance and the amount of sincerity they exhibit in some songs.

A few months ago Saving Country Music published and article called “Before They Sucked: Big Country Music Stars At The Start.” As a similar exercise, let’s look at some of the album cuts of the biggest stars, and see the kind of heart, and country-sounding material they’re capable of when they set their mind to it.

PLEASE NOTE: This is not a recommendation of any of these songs. This is simply an exercise to illustrate that returning more substance to country isn’t necessarily tied to recording different songs, it could simply be tied to releasing different singles. Florida Georgia Line’s recent single “Dirt” is an example of how a big mainstream act can have a chart-topping success with a song with substance if they just make the conscious choice to do so.

And this is just the very tip of the iceberg of examples. The truth is most any top tier country artist is going to have songs of substance on their album.

Brantley Gilbert – “That Was Us” and “I’m Gone”

Brantley Gilbert might be the best example of an artist who releases the most vile detritus as singles, but when you actually listen to his records, you are surprised to find songs that are not just serious and sincere, but that are downright powerful. Gilbert is the mainstream artist with a grassroots following. He’s one of the few mainstream artists left who can sell albums, primarily because his ultra-loyal fans know there are going to be some really deep songs there that the radio will never play. These songs are one of the reasons his fan base seems to be ready to jump off a cliff for him if he ordered it, and will argue for days how great he is.

Brantley Gilbert’s last album Just As I Am is culpable for two of the crappiest singles found on country radio today: “Bottom’s Up” and “Small Town Throwdown.” But there are also a couple of tracks that show a lot of substance and heart, and even capture Brantley breaking away from his mumbling singing style. “That Was Us” starts out feeling like you’re average four minute laundry list pablum, but it reveals itself as a waltz-timed memory trip that includes moments of vulnerability and even self-effacing honesty. “I’m Gone” is another one from Just As I Am that is driven by mandolin and steel guitar, and aside from a Richie Sambora guitar wank-off bisecting the song, it’s a good reminder that Brantley Gilbert is a songwriter that writes his own stuff, and can write in story form with very strong results.

Maybe a little too sappy for some, while others won’t be able to get past what they consider Justin Moore’s fake accent, but boil this one down at 212° F and you’ve got an old-fashioned country heartbreaker that could jerk tears from some of the most hardened mainstream country haters. Why in the hell wasn’t this released as a single instead of Justin Moore’s Mötley Crüe screech fest tribute? You have Miranda Lambert on the track who is a hot commodity, and a hell of a lot more feeling than anything we’ve heard from Justin Moore in a long time. I fail to see how this wouldn’t perform much better than “Home Sweet Home” which stalled out on the charts in the 30’s. Give this song a chance as a single, and mainstream country steps up its game immediately.

There’s a few songs on Blake Shelton’s Based On A True Story that are not nearly as bad as “Boys ‘Round Here.” Truth is, Blake Shelton has never defined the worst country has to offer, especially when it comes to his album cuts. It’s that his alligator mouth gets ahead of his hummingbird ass more often than not. Songs like “Do You Remember” and “Grandaddy’s Gun” get brownie points for effort, and so should “Lay Low.” What’s good about this song is it really revitalizes the mood of mid to late 80’s country before everything went Garth crazy. It’s smooth and laid back. It doesn’t say much, but what it does say fills the spirit with a warm, relaxed feeling. It reminds you of what country sounded like before … you know … people like Blake Shelton came along.

If you want an example of an artist with one of the greatest voices ever to grace the genre, and who threw his talents away by defining his career through stupid singles, look no further than Mr. “Honky Tonk Badonka Donk” himself. The simple fact is Trace Adkins has entire albums of songs that are way more substantive that what is symbolized by “Brown Chicken Brown Cow” and the other bull he’s released to radio. This guy once won the ACM for Best New Male Vocalist, and is a member of the Grand Ole Opry. His last album Love Will… is full of serious love songs, and as one would expect, it virtually flopped despite being arguably his most mature album yet. The Trace Adkins career arch is one that conveys that you may get hot with big singles, but you can also die by them when you become a joke to many listeners.

Jason Aldean has never been a songwriter; he’s always been a pure singer and performer. But one thing he has done over his career is establish a theme surrounding his music of the small town identity that looks at the world through the simple eyes of the forgotten people in America’s heartland and hometowns. Songs like “Amarillo Sky,” “Water Tower,” and “Flyover States” speak very specifically to people forgotten by time and technology, and that struggle to find their identity in a challenging new world while still holding on to who they are.

We have to remember that Jason Aldean wasn’t a huge star until “Dirt Road Anthem,” and his label Broken Bow wasn’t a big deal until Jason Aldean. As time has gone on, just like so many stars who get overtaken by the Music Row machine, Aldean has backslid into chasing trends and losing touch with what made him unique when he first entered the business. But throughout his discography, you can hear the sentiment that gives a solemn assessment of lost America and its forlorn residents.