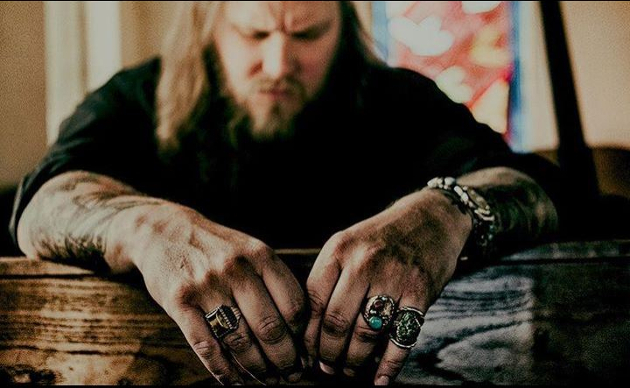 You hear what passes for a honky tonk song on today’s country radio, and it makes it sound like a fantasy land full of women in cutoffs, where the beer and whiskey flow freely and everyone gets laid. But as we all know, so often the dimly-lit beer joint can turn into a den of hell for many who can’t seem to leave. They get stuck spending their paychecks on potent drinks and video poker, powdered up women just looking for a free buzz make the rounds to guzzle drinks and lighten wallets, while the stools lining the bar are populated with poor souls who simply can’t go home until they’ve attempted to drown their sorrows in amber liquid.

Whitey Morgan is a master of the honky tonk sound and scene, having played more of them than anyone on the last dozen years as the leader of one of the most tirelessly touring bar bands in existence. Recently Whitey’s started a family out near an abandoned Western tourist town in interior California, and doesn’t log the some 300+ dates on the road a year he once did. But if you’re worried this would rub the edges off this hard country war horse, “Honky Tonk Hell” sets you straight.

As the first song off the just-announced fourth studio album Hard Times and White Lines, “Honky Tonk Hell” finds Whitey Morgan and the 78’s singing about what they know best. Slow and plodding like a drunk whose trying to amble off a bar stool towards the set of swinging doors, but is stuck perpetually ordering one more round until last call cuts him off, “Honky Tonk Hell” portrays the antithesis of what most of today’s country does, and the truth of the honky tonk life for many an unfortunate soul.

Recorded at the Sonic Ranch just outside of El Paso with the 78’s, “Honky Tonk Hell” features plenty of steel guitar, and a punishment of the kick drum head Whitey Morgan fans have come accustomed to hearing from the Flint, Michigan native. Hard Times and White Lines is sure to have some different textures and moods filling its tracks, but Whitey chose to start off by slinging out a big ol’ chunk of red meat for his rabid, hardcore country fan base with “Honky Tonk Hell.”

Hard Times and White Lines is now available for pre-order.