Whitney Rose Brings Both Style AND Substance to “Rule 62” 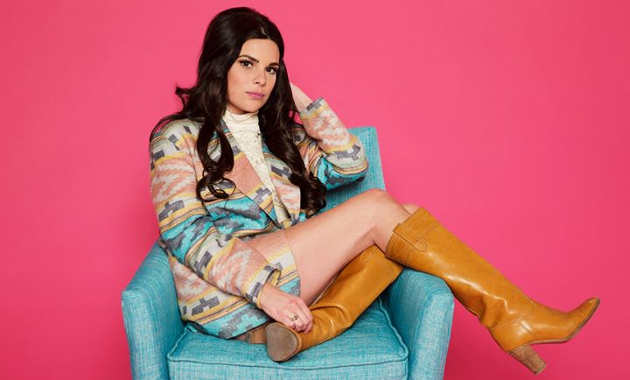 You know, at some point something very fundamental changed among the ranks of neotraditional country artists starring on the stages of east Nashville and south Austin dive bars, where it began to be more about the throwback Howdy Doody style ornamented with vintage duds, and doing something to impress each other as opposed to focusing on the music first.

When BR549 and the other cats that helped revitalize classic country in the mid and late 90’s were plying their craft, clothiers in Nashville were throwing away classic Nudie-style finery by the dumpster full because they could never fathom a time when it would be fashionable ever again. Now if you feel so inclined, you can spend $250.00 in a vintage store on a used shirt swiped from the Goodwill in Hendersonville for $2.99, and many do just to keep up with the fashion show on display at certain spots in the hipster parts Nashville, Austin, Los Angeles, and elsewhere.

It’s cool that so many people still care about the fashion and the glitz of classic country that they’re willing to help keep that alive along with the music. But fashion and style—whether it’s the shirt you’re wearing or the song you’re singing—is not enough. You can scream “Yippie ki-yay” all you want, but you still have to say something and have some substance behind your music, or instead it’s no different than the flair and glitz of the mainstream, just appealing to a different sensibility. 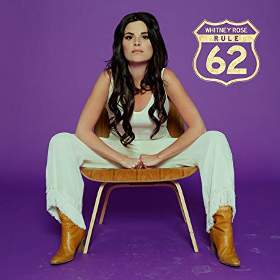 Whitney Rose could be a candidate for one of these throwback ultra-stylized mod classic country fashion plates with her beehive haircuts and vintage hot pants and short skirts. Don’t think I’m complaining about her fashion sense; I’m a man with a beating pulse no different as any, and predisposed to find favor with how old clothes denote old souls. But you don’t watch a record, and Whitney Rose elevates herself by writing and selecting songs that do what all the best classic country artists did: say something in a way that’s never been said before, giving perspective to universal emotions and moments, and making you feel something deeper than simple nostalgia.

A song like “I Don’t Want Half (I Just Want Out)” from Whitney Rose’s new album Rule 62 would have been a master hit and a career mark if a country artist like Tammy Wynette cut it at the height of her career. “Better To My Baby” and “Never Cross My Mind” are similar in approach to other classic country songs—just enough to give you that same warmth an old country standard does—but with a new twist to make it appeal to today’s perspective.

Rule 62 is also helped along by the high-class crew assembled to put music and rhythm behind these words, namely producer Raul Malo of The Mavericks who has worked with Whitney before, Niko Bolas as co-producer, as well as “Cousin” Kenny Vaughan, fellow Fabulous Superlative Chris Scruggs, Aaron Till from Asleep At The Wheel, and Paul Deakin of The Mavericks. No need to strain trying to interpret the greats of country music on this record. Whitney Rose just hired them to play themselves.

Whitney Rose and Rule 62 don’t adhere as much to genre as they do to era. The heart is definitely classic country, and the writing of songs like “Tied To The Wheel” and “Trucker’s Funeral” reinforce that, and are also cool to hear coming from the female perspective, when most trucker and travel songs in country have for too long been the realm of the men. But Whitney is also willing to get a little jangly and classic rock and roll in songs like “Can’t Stop Shaking” and “You’re A Mess.” Having Raul Malo on board, who is so fluent in the era Whitney looks to evoke, as well as players who understand the textures of this time period, make the transitions feel fluid and organic.

Whitney Rose’s Rule 62 (which by the way is “Don’t Take Yourself Too Damn Seriously”), is fun and fashionable in that throwback sort of way that’s the rage of independent roots circles at the moment, while also being bolstered by quality songwriting framed within a vintage era that still appeals to the modern perspective.