Why is Pharrell Running Around Nashville in an American Aquarium Hat? 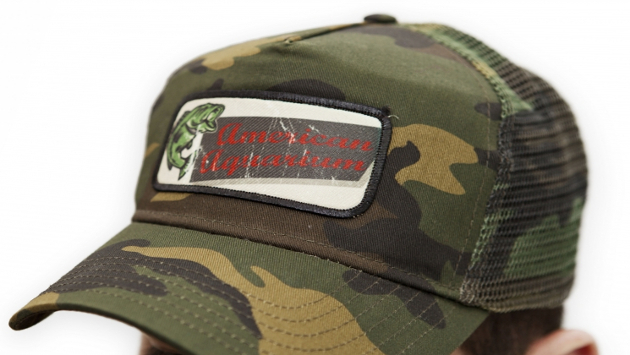 Superstar pop R&B artist and producer Pharrell Williams spent the better part of last week in Nashville performing with the vocal troupe Little Big Town, and the entire time he’s been repping for an unlikely band: alt-country/Americana outfit American Aquarium. A favorite among fierce followers of earnest songwriting, the North Carolina-based band has been a critical favorite for years, and an adopted member of the Texas music scene. Now they’re inadvertently getting national pub because Pharrell picked their hat over others to wear during his recent Nashville appearances.

What remains a mystery is if Pharrell actually listens to American Aquarium. But if he does, the fandom might have started with the hat. He didn’t pick it up at a recent American Aquarium show; it was supplied by another independent artist Nikki Lane—the owner of the toney and well-known vintage shop High Class Hillbilly in Nashville.

“His stylist contacted Nikki to see if we had anything in stock at High Class Hillbilly,” says Macy, the manager of High Class Hillbilly. “We carry vintage, and we do normally carry vintage trucker hats from the 70’s. We had just sold out of all of them, and he was looking specifically for trucker hats. So Nikki sent over her own personal collection, and that was the one he picked.”

“Pretty neat,” BJ Barham of American Aquarium said after the CMT Awards. “Thanks to the fabulous Nikki Lane and her wonderful High Class Hillbilly line for connecting the dots.”

Pharrell is known for regularly repping independent artists with his apparel, and for his hats specifically. On the Grammy Awards in 2014, his now famous mountaineer hat was the talk of the show, and had Arby’s tweeting about it. It was later auctioned off to charity, with Arby’s posting the highest bid.

American Aquarium’s BJ Barham has a solo album called Rockingham that is set to be released on August 19th.