Why Not Use These Collaborations to Help Develop Some COUNTRY Talent? 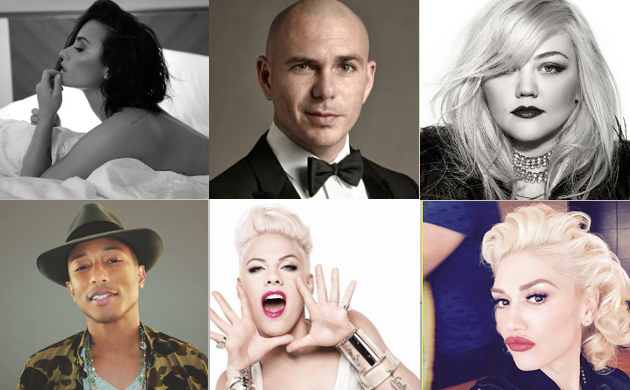 First it was country rap with guys like Colt Ford and Jason Aldean that defined the worst of what mainstream country had to offer. This morphed into Bro-Country with acts like Luke Bryan and Florida Georgia Line. That gave way to Metro Bro with Sam Hunt and Thomas Rhett taking a more metrosexual notion to Bro-Country, and you knew something else would surface in 2016 to be the next scourge of mainstream country music.

But the next trend in country may not be defined by a style or a sound, but who is involved in it. From Demi Lovato working with Brad Paisley, Elle King cutting a duet with with Dierks Bentley, Kenny Chesney delaying his next record to put together a collaboration with pop star Pink, Keith Urban collaborating on a song with Pitbull, Little Big Town working with Pharrell Williams on an entire album, Blake Shelton singing with that girl from No Doubt, and the long-rumored collaboration with The Band Perry and some hot pop star, you’re starting to see a clear and present pattern beginning to unfold of what we can expect country music’s next big move to be.

Collaborations are not all necessarily bad, and they’re certainly nothing new in country music. The concern is where it all could be taking the genre simply from the sheer number of collaborations hitting the country airwaves, and how high-profile they are—siphoning attention away from songs that feature only one artist. As mainstream country artists and their handlers love to tell you, cross genre collaborations help bring new fans into country music. But are Pitbull fans really who we need filling vacant seats at country concerts?

Willie Nelson collaborated with all manner of pop stars in his day. So did Dolly Parton and Kenny Rogers. But they also worked with many artists within the country genre. Julio Iglesias and Ray Charles may have enjoyed high profile moments with Willie, but Willie also had a whole series of records with Waylon Jennings and Merle Haggard, as well as his work with The Highwaymen. He also cut songs from lesser-known artists like Townes Van Zandt, Johnny Bush, and Steve Fromholz, helping to hoist those artists into the spotlight.

The problem with the current trend of collaborations in pop country is they’re not of the traditional country variety of bridging two worlds, or giving a helping hand to an up-and-coming artist. It’s all about doubling up on star power that’s usually pop on pop to begin with, to hopefully launch a super hit. Two big names on a track make for two publicity teams, two Facebook pages and Instagram accounts to promote the single through, and a juicy story for puff piece music outlets in pop and country to blather about.

If you look at the hip hop world where collaborations are the name of the game, there’s actually a method to the “(feat. this guy, that guy, and DJ Scratch n’ Sniff)”. Collaborations are how hip-hop farms and develops musical talent. If you have a young, promising rapper or DJ, they’re fit with a bigger, established name to give them street cred and increase their name recognition. Most of the biggest hip-hop artists at the moment relied on a more established artist to help give them a hand up, and so they’re more than happy to do it for the next promising talent.

But in country music, it’s the exact opposite. Were seeing so many quality problems in country music today because the genre just can’t develop new talent, and there is such a small amount of slots for top-level stars. So much has been made about the lack of recognition for women in the genre, so why can’t some of these top-level country stars collaborate with some female stars within the genre to help share the love? No offense to Pink or Elle King, who are probably not half band if you’re going to pick a pop star to work with. But why not work Ashley Monroe, Brandy Clark, or Kacey Musgraves into some of these collaborations?

Instead you’re taking all of that attention and pointing it outside the boundaries of country. A similar action happens with all the pop collaborations at the awards shows. Of course many of today’s country collaborations are not interested in featuring new talent because they want the attention for the here and now instead of a payoff in the future. But you’re sacrificing a long-term, sustainable approach for a short-term sugar high with a sometimes fleeting pop star on a usually forgettable song.

Collaborations are popping up all over the Billboard charts in country and beyond because it’s just such an easy way to create attention. Earlier this week, Billboard posted an article entitled “Country Radio Gatekeepers Support Pop Star Collaborations.” Not only does this signal that collaboration is the new direction country music is headed in, but that the promotional apparatus of country music is trying to be out front of it, warming the public and the industry to the idea.

But if collaborations will be the next big trend, how about putting out just a little bit of effort to make sure that the great talent that is going unrecognized in country music itself gets some love, like when Tim McGraw released the solo written “Humble and Kind” right before Lori McKenna is getting ready to release an album, or when Adele’s recording of a Chris Stapleton song was something he could hang his hat on, or how Miranda Lambert’s work with The Pistol Annies shined a spotlight on Ashley Monroe and Angaleena Presley.

The pop/pop country collaborations have always been there. But if collaborations are going to be the next hot thing, let’s use it as an opportunity to take some of the unheralded talent in country music waiting patiently in the wings for their moment in the spotlight, and put them at center stage.