Why The Hell Was Luke Bryan Playing the Volunteer Jam Anyway? 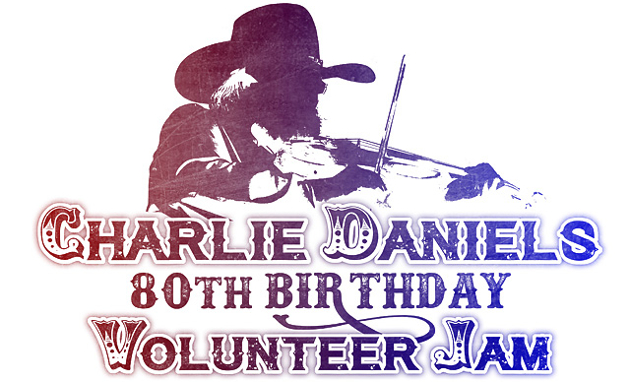 Look, we all support the troops, and we all love Charlie Daniels. And I don’t want to take anything away from the effort Luke Bryan expended to be a part of Charlie’s 2016 Volunteer Jam. The Volunteer Jam is an institution of country music and the Nashville community that in 2016 also happened to coincide with Charlie’s 80th birthday and his induction into the Country Music Hall of Fame. And because of the significance of the event this year they decided to go big, and got arguably the most popular “country” performer on the planet today. But they also got one of the most polarizing.

I understand. You’re trying to put a talent roster together to put as many butts in the seats as possible and raise the most money for the troops. But you’ve got to have an inkling of an idea of what’s going on in country music, the mindset of the respective fan bases of the artists you book, and what bad blood you might be stirring by putting certain people in the same room.

The lineup for the 2016 Charlie Daniels Volunteer Jam doesn’t look like an intuitive collection of like-minded talent, it’s made up of artists that legitimately define the polar opposites of the widest possible extremes of the genre. In one corner you have Charlie Daniels and Travis Tritt. In the other you have Luke Bryan and Kid Rock. Frankly it’s no wonder a punch was thrown.

What in God’s creation makes one think that Charlie Daniels fans are going to want to watch a performance by Luke Bryan, or Travis Tritt fans are going to appreciate Kid Rock’s shtick? Or vice versa? Sure, the big names help put butts in seats, but it also helps turn others away because no self-respecting traditional country fan is going to stomach a Luke Bryan performance, and to Luke Bryan fans Travis Tritt is just some old dude who used to have a mullet.

Alison Bonaguro writing for CMT points out, “Because the incident seemed so of character for Bryan, fans on Twitter and Facebook have been pledging their support and mainly wondering why anyone who paid to sit in the front row of a concert would be angry enough to flip Bryan the bird.”

The answer is those people didn’t pay to see Luke Bryan. They paid to see Charlie Daniels, Travis Tritt, and Chris Stapleton. And when Luke Bryan hit the stage, they had it all planned out how they were going to heckle him like hell.

According to some folks, one of the people in the heckling party had a sign that said, “We can see your camel toe” in reference to Luke’s notoriously tight jeans. See now, that’s the kind of hijinks I can’t get behind, similar to when folks make up funny signs to hold behind the commentators during ESPN’s College Gameday show. It’s all in good fun. But apparently the guy that Luke Bryan took a swipe at was shooting middle fingers, and according to one source who reached out to Saving Country Music, was saying the F-word in reference to Luke Bryan’s mother. Now if that’s true, that’s not cool at all, and should not represent folks who disagree with calling Luke Bryan’s music country, but have the decency to leave family members out of it.

But what the hell was Luke Bryan thinking here by first taunting these folks from stage and egging their bad behavior on before walking out into the crowd and taking a halfhearted swipe at one of them? I don’t care what someone says, you don’t have a right to put your hands on somebody, and especially don’t have the right to make aggressive motions toward their face. Call security and get their asses removed. By addressing them, and even worse, letting them get into your kitchen, you gave these losers the ultimate validation: acknowledgement and attention.

In that moment, Luke Bryan had some 25,000 people staring at him. He was on stage with a microphone and a spotlight on him, commanding everyone’s undivided attention. He is in charge, and in that scenario, he has to be the bigger person. He has to understand that he has a responsibility.

Even worse is the horrible statement from the Luke Bryan camp (see at bottom) where he didn’t apologize, didn’t explain why he decided to go out in the crowd and initiate physical contact, and didn’t even acknowledge that he haphazardly and clumsily pseudo punched a dude. Just suck in your pride and apologize so we can all move along to what should have been the big country music story of December 1st, 2016, which is all the money the Volunteer Jam and the 15,784 who attended raised for the troops, and what a badass Dolly Parton is for helping out her friends in neighbors in Sevier Country, Tennessee after the devastating wildfires.

And there’s something else worth taking issue with in the statement from Luke Bryan’s camp. It says, “It was insulting not only to him, but more importantly to the men, women and families sitting around him who were there to support and celebrate Charlie Daniels and the efforts of raising money for the military veterans…”

But maybe it was the folks out in the crowd that felt Luke Bryan’s performance was inappropriate for a family setting. At the time the punching incident occurred, Luke was performing his current single “Move.” Have you seen the lyrics for this down-talking, misogynistic piece of crap?

And the whole time Luke Bryan is singing “Move,” he’s doing his signature “Move” on stage, which again, for a bunch of Charlies Daniels and Travis Tritt fans, is nearly tantamount to insulting their mothers. And if this is all about family values, what kind of example is Luke Bryan setting by taking a swipe at a crowd member?

Luke Bryan is what he is, and in the appropriate venue, if that’s what folks want to be entertained by, well knock yourself out. And even after this stupid punching incident, I don’t think Luke Bryan is some horrible person. He just got steam headed and lost his cool. It’s happened to all of us. And if he actually apologizes, people can forgive him.

But let’s stop making stupid moves when it comes to booking these types of events. Frankly the Volunteer Jam has been one of the worst offenders of this over the years, bringing in Colt Ford or whoever else they’ve had in past years that makes no sense. You’re just asking for trouble, just like the CMA’s did when they booked Beyonce in 2016, or Willie Nelson’s 2016 4th of July picnic when they booked Brantley Gilbert.

Are the people booking or signing off on these shows actual country music fans? Because you’d have to have your head up your butt to think these are smart booking moves. And we seem to be seeing this more and more in recent years, mostly as LiveNation and TicketMaster get more intimately involved in the organization of such events. This is what happens when you put corporate bean counters in charge as opposed to folks who actually pay attention to the music. And if it’s Charlie Daniels himself who signed off on Luke Bryan, well someone should have counseled him better. I don’t want to get in the way of Luke Bryan supporting the troops, but there’s way more appropriate venues.

Country music can be about inclusiveness and trying to make the tent bigger, but it also has to understand that country music currently straddles the cultural divide, and to avoid conflict, it has to be aware what side each artist stands on. Some artists can cross over, such as Chris Stapleton, Eric Church, even Dierks Bentley to some extent. But seriously, don’t book Luke Bryan at a Volunteer Jam, or the big story coming out of it won’t be the funds you raised, but the ruckus that was started.

A man in [the] front row was making crude hand gestures toward Luke during his performance. It was insulting not only to him, but more importantly to the men, women and families sitting around him who were there to support and celebrate Charlie Daniels and the efforts of raising money for the military veterans – some of who were in the audience. The concert security personnel saw the man’s disruptive actions of the event and he was escorted out.