Why These Texas Music Beards Could Be in Peril 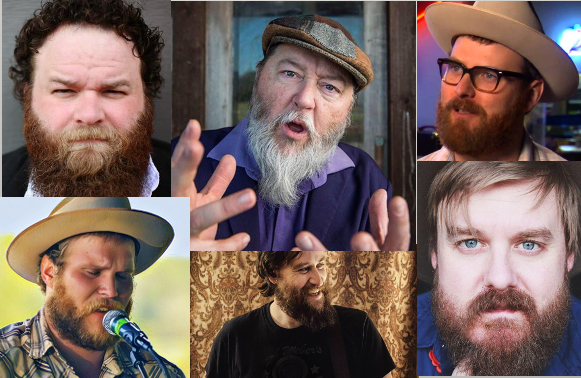 It’s a perilous, daunting time to be a beard in Texas music. Even though whiskers have become popular facial fare over the last few years, and some folks have been sporting them for so long their close friends and loved ones have no recollection of what their rosy red cheeks even look like anymore, a group of 23 bold Texas music songwriters and performers have banded together to pledge to shave it all off if they can reach their goal of $30,000 raised for Hurricane Harvey flood relief by November 1st.

Started by songwriter Larry Hooper, “Chin Music” as it’s called has put the fate of some of the most signature beards in Texas music on a speculative footing, including the silver streaks of Shinyribs’ Kevin Russell’s mane, Bart Crow’s Grizzly Adam’s look, and Drew Kennedy’s daunting hedge of human whiskers.

The pledged “Chin Music” artists are:

It is all going to benefit the Rebuild Texas Fund, where the Texas Music Office in Austin has requested all charitable musical endeavors in the aftermath of Hurricane Harvey point to. Many of the artists pledging to shave their beards if the goal is met have direct ties to the Texas coast. Some went to volunteer in the area after the devastation, and some have pledged musical efforts to helping with the recovery, or have already given money themselves.

But as we all look for ways to help give back and contribute, this is one of many efforts to make the money raising process just a little bit more fun. Look for some of these faces (bearded or not) to also participate in the statewide fundraising effort called Texas Music Flood set to transpire on October 8th. 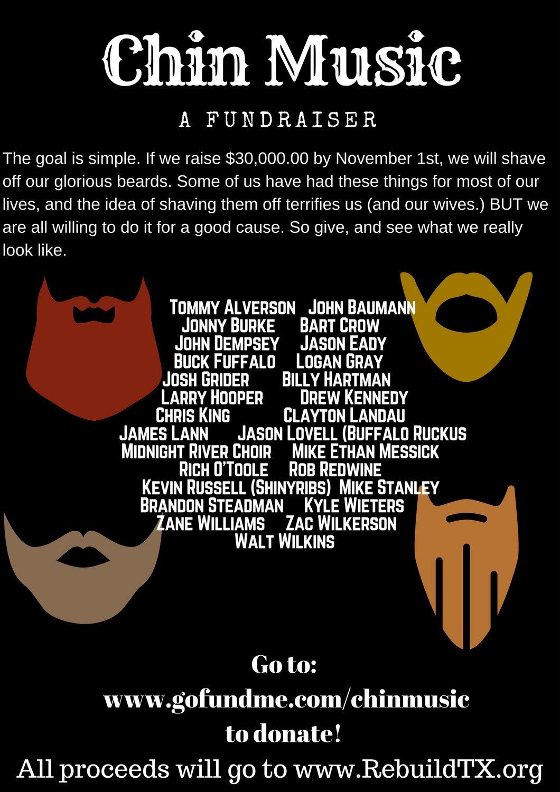