Why Time Has Been Kind to Garth Brooks’ Music 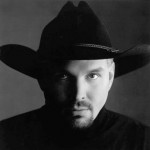 “Garth Brooks did for country music what pantyhose did for finger fucking.”

This is a quote attributed to Waylon Jennings, and one that’s hard to argue against. But over time, Garth Brooks’ music has fallen more into favor with traditional country music fans who once revered him as the country music anti-Christ. Why? Because country music’s current decline has revealed Garth’s music as not being as bad as once thought, and in sharp contrast with today’s music, it’s actually country.

The 80’s were kind of a mess for the mainstream country music world. Fans had to stare at Hank Williams Jr.’s decapitated head levitating in the middle of a Confederate flag, or squint real hard to make a superstar out of Ricky Skaggs to come away with any memorable 80’s-era icons.

And then came Garth. A lot of country purists may be reluctant to admit it, but when Garth Brooks first came onto the scene, they probably had no problem with him. There was no reason to. Unlike a lot of the crossover successes from country music’s past, i.e. Olivia Newton-John or John Denver, and the current crossovers like Lady Antebellum and Taylor Swift, Garth Brooks was country, and good. And in many ways, he was just the shot of adrenaline the declining country genre needed.

And then Garth got big. Real big. Bigger than any other musical act all time other than the Beatles and Elvis. Then he passed the Beatles.

The reason the Waylon quote speaks so deeply to the heart of many country music purists is not necessarily because of Garth’s music, but because of the man, and the impact he made on the business of country. To many, Garth Brooks was good until his music became an inlet for millions of interlopers into the country genre. He sold millions of albums in Asia. He seeded country music into football stadiums, and over-saturated the culture with his songs, while his albums monopolized the top of the music charts for years at a time. Garth and his music became easy to hate from a purist or artistic standpoint as the masses bought into it in droves.

Structural changes to the business of country music were really what Waylon was referring to in his quote. As an old-guard Outlaw, Waylon could see the erosion of all the principles of self-governance for the artist that he and the other Outlaws had fought for, as Music Row retooled and obsessed over finding or manufacturing the next “Garth”. The hyper-attention to the here-and-now this created also interrupted country’s long-running order in how it dealt with its aging talent like Waylon and other “legacy” artists.

And then there were a lot of the specific things that Garth the OSU advertising graduate did, like emulating KISS in his stadium shows and flying out across the crowd on wires, his battles with Blockbuster Music for selling his used CD’s and other ultra-protective practices that made a man who had sold over 100 million albums look greedy, his somewhat-failed “Chris Gaines” crossover gimmick, his bullying of the Super Bowl, and his “retirement” in 2001 that seemed to fly in the face of the idea that musical artists make music out of love. And after signing an exclusive deal with Wal-Mart to sell his music, it seemed easy to surmise that Garth Brooks had only ever been in music for one reason.

When it was announced that Garth Brooks would be one of the 2012 Country Music Hall of Fame inductees in his first real year of eligibility, it was hard to call it a surprise, and getting mad over it seemed like getting mad at a young puppy for soiled carpet. Garth’s impact on country music was so deep and indelible, his induction was unmistakeably inevitable, however unfortunate some might see it.

In the end, Garth’s stage antics and sales numbers and behind-the-scenes impact are not going to be what fans focus on. They’re going to focus on the music, and what has really injected Garth’s music with redemptive qualities has been the steady decline in mainstream country music over the era that Garth Brooks arguably initiated.

Folks say all the time about Waylon Jennings and other country legends that they would never make it on country radio today. But the same could easily be said for Garth Brooks. He’s too good, and too country. Compared to most of mainstream pop country today, Garth would be classified somewhere between honky tonk and hard country, and would be playing a club circuit. Compared to the “new Outlaws” and their laundry list songs, you could classify Garth as “real”. Taylor Swift may be the most real artist in country right now, but she’s not country at all. Garth Brooks was over-produced for sure, but does this mean he was inherently “fake” compared to what that term in country music means today?

Autotune wasn’t even around in Garth’s heyday. It’s hard to push Garth as an expert musician or an amazing songwriter, but he had enough of a hand in both that he was inducted into the Songwriters Hall of Fame in 2011. He may have been country music’s biggest sellout, but did Garth ever sell perfume? When people start to preach about what country music should be, much of Brooks’ music fits that model, with fiddles and steel guitar and heartfelt songs.

That doesn’t mean Waylon’s quote about Garth was unfounded. Regardless of how “good” Garth’s music was or is, it’s irrelevant to the adverse effect he had on the country music business, and how his music might have effectively muted many other artists that were still measures better.

And just like every artist, Garth had bad songs and bad albums as well. But another move that might have helped Garth is that early retirement some use to say his heart was never in the game. If his heart was not in it, at that time or ever, wasn’t retirement the more noble course than continuing on? Garth’s Chris Gaines skit is much maligned, but maybe this was Garth’s attempt to stay engaged with a business more and more he was feeling estranged from. Maybe Garth saw the moves to pop that country was making, or how shallow his own presentation was, and was unwilling to continue.

Garth is 50-years-old and about to enter his legacy era, where you not only enjoy the fruits of your labors, it’s also where you forge the true nature of what your legacy will be. True country music legends like Willie Nelson and Johnny Cash not only enjoyed a resurgence of interest in their music, they became elder statesmen of America, creating indelible legacies beyond the music world.

The question for Garth Brooks now will be what legacy he will create for himself in the next 20 years. But if country music itself continues down the path of abandoning its roots, the legacy of Garth Brooks’ music will likely only continue to brighten.