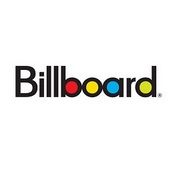 Yesterday Billboard announced a new rule impacting their industry-standard music charts that will take into consideration YouTube views as part of the broader algorithm that determines the chart placement of songs. This is part of a bigger movement by Billboard that started in October of 2012 to update their charting to include data from the new habits of music consumers, including digital downloads and song streaming.

Similar to the effect of the new rules implemented last October, immediate beneficiaries to the new chart rule emerged. Producer Baauer whose song “Harlem Shake” has become a viral YouTube sensation debuted at #1 on Billboard’s all-encompassing Hot 100 chart, hit #1 on the Streaming Songs chart, and went from #12 to #1 on the Dance/Electronic Songs chart. Rihanna’s “Stay” went all the way from #57 to #3 on the charts, and Drake’s “Started From the Bottom” went from #63 all the way to #10 on the strength of YouTube views.

When the new generation of Billboard rules were initially put in place, Billboard’s editorial director Bill Werde said the company was looking into including YouTube numbers in their charts, but were waiting for “cleaner data.” Apparently that cleaner data is now here, and the full spectrum of music consumers’ listening habits will now be factored into the Billboard song charts.

The next question is, what impact will the new rule have on music?

It clearly gives a huge boost to the visual format that tends to be able to react much quicker than traditional radio and has the benefit of the viral event. In fact the new rules will likely feed the viral nature of YouTube. Consumers and industry use Billboard’s charts to determine popularity, and the higher a song charts, the more attention it gets across all media formats. If a song goes viral on YouTube and charts high, it increases the chances that song will be added to radio by programmers, or played in a heavier rotation. Artists and labels who are YouTube savvy will benefit from the rule, and the ones that aren’t will find themselves at a distinct disadvantage.

What Billboard’s YouTube data does not consider is quality, and the curiosity factor. Whereas songs on the radio, or songs that people purchase are being consumed because the public has deemed them appealing, music on YouTube can sometimes go viral for how bad or polarizing or offensive it is. Take for example Rebecca Black’s “Friday.” The song would have rocketed to #1 on the charts under this rule, yet the majority of the viewers of the video drew an unfavorable reaction to it. It was the car wreck factor that forced the song viral. This means that songs could chart because the public vehemently hates them instead of universally liking them.

Billboard editor Bill Werde has said that he sees this as a problem, and is considering solutions, including making the stipulation that a song must chart on any of Billboard’s other charts before being considered.

The new rule could also impact the popularity arch. When a song or other media goes viral and becomes ubiquitous throughout culture, it tends to create a tiring factor or a backlash that is measured in strength many times by how quickly the media went viral, how widespread it is, and the polarizing nature of the content. This could result in songs becoming extremely popular for very short periods, but then being almost completely forgotten as consumers move on to the next viral craze.

The new rule also increases the technology paradigm. Since anyone can make a YouTube video, and any video has the potential to go viral, it puts power into the hands of independent artists and their fans that do not benefit from the support of the traditional music business like big stars. At the same time since there is no filter on the content, it adds to the increasing glut of music vying for consumer’s attention every day, making it harder for consumers to navigate through the music world and find quality.

It’s important to clarify that this rule will not necessarily include every single video on YouTube. The audio has to be “authorized” in a way that Neilsen can verify the song and sync it up with other data.

What should artists to to take advantage of the new rule? Any song that an artist or a label wants to release as a single now must be accompanied by a YouTube video, even if it just includes a static picture or lyrics. Those views will be necessary to compete with the other songs in the charts.

When Billboard made their initial changes in October 2012, there was a small, but fervent backlash from some fans and artists who felt they would be hindered by the new rules, especially the rule that considered crossover radio play in Billboard’s genre charts. Some of the concerns voiced at the time came to fruition. Others did not. Like with Billboard’s other new rules, it will take time to determine this rule’s full impact. But for the first time since the dawning of the digital age in music, virtually all of the avenues that consumers use to enjoy music will be factored into the charts; charts that history will use to gauge the popularity, importance, and impact as song had on us at any given time.