Will Hoge Interview – An American(a) Story 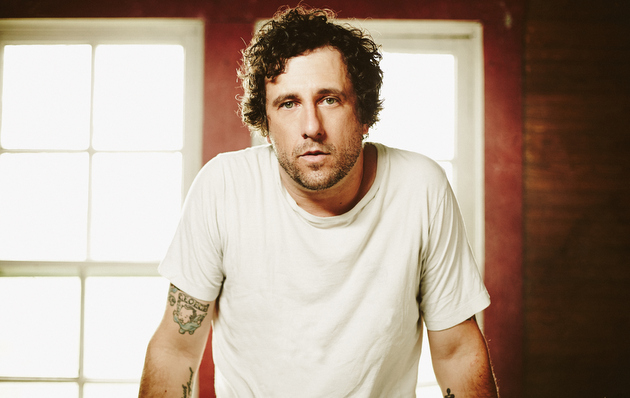 **Editor’s Note: This interview was conducted by Ken Morton Jr. He is a distinguished country music writer, and the Owner/Editor of That Nashville Sound. Ken is also the organizer of the Golf & Guitars charity event scheduled for May 18th and 19th in 2015.

With all the hullabaloo surrounding recent radio executive comments about the importance of radio in validating a country artist’s career, Will Hoge stands as a shining star example about how you can carve out a career in music doing it independently. Despite a year-and-a-half stint with Atlantic Records, Hoge has developed a significant following of fans and produced ten albums over the course of the last two decades. An extremely prolific songwriter, Hoge has written a small catalog of songs for others and even received a Grammy nomination for Eli Young Band’s number one hit, “Even If It Breaks Your Heart.”

What comes next is this week’s release of Small Town Dreams, a new album produced by Marshall Altman and assisted by the likes of Chris Stapleton, Gary Allan and Vince Gill. Now with two boys at home, Hoge seems to have entered a new phase in his songwriting with plenty of nostalgia. It’s pure Americana. It’s Americana in its sound at times, but much more so in its topic of storytelling. He’s telling the small town American story of growing up, moving away to chase dreams, looking back and making a new home.

The album also includes “They Don’t Make ‘Em Like They Used To,” which should be one of the early favorites for Song of the Year. A dedication to his father, the song has a level of intimate poignancy that rivals anything else released to the marketplace in recent memory.

Saving Country Music had an opportunity to sit down and talk to Hoge about his brand new project and what’s next for the artist.

Small Town Dreams reflects growing up in the sleepy little town of Franklin, Tennessee. Why was this important as a title?

I think that it summed up the whole record. I think so much of the writing and the imagery of this record was formed by growing up in that little town. Right before we were titling it, we were going through some stuff and trying to figure out what we were going to call this thing. I found this old photograph of my Dad had taken of me and five or six buddies on our bikes in this field out behind my parents’ house. It brought back a lot of memories from this record, seeing a bunch of our ten-year-old faces. They were innocent with a wide-eyed look at the world. You could be anything you wanted to be at that point. It really brought back a lot of those experiences. And that feeling shaped the whole record, really.

Is that a different perspective on your hometown than from your younger days? 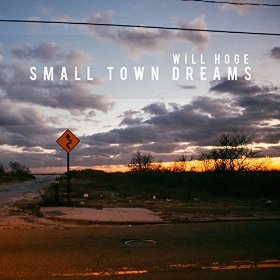 Yes, totally. So much has changed. There was an innocence in that time for me and that really should be for any kid growing up. You do lose some of that—especially being in this business, you get kicked around. You work your tail off and you just feel like you’re pushing a giant rock up a hill for a decade and a half. You gain some perspective as you move away from that for a little bit geographically and philosophically.

Now I have a different perspective, having my own kids. I see that innocence in them and it’s brought a love and respect for it again. You gain a new perspective. As a young man, you want to get away from that small town thing that you have growing up. You want to carve your own path and do all these things. Then there’s a spot where you sit back and look back and recognize that there was a true beauty of all of that. It’s that which can make you smile about it all.

As a songwriter, is there a personal piece that you want to hold near and dear to only you, or are you an open book when it comes to sharing those intimate experiences and feelings?

It’s pretty open book-ish, without it being a damn bleeding-heart journal. But I want as much of me in there as I can.

You have managed to impart an honest and non-clichÃ© reaction to growing up in somewhat rural small town. With country radio filled with pick-ups and backroads, do you have to approach a topic like that differently or carefully to avoid falling down those same traps?

I am not a type of artist that worries a lot about what radio is or isn’t. That’s not important to me. At the end of the day, there’s only so much I can do as an independent artist there anyway. That factor is affected by me more in general anyway. I feel that so many of the tailgate-daisy-dukes-drinking-in-a-pick-up-type songs have such a shelf-life. By the end of summer, it is going to be beat-up, tired and boring. Those aren’t the songs I want to write. I want to write songs that I can play as a 20-year-old or I can play as a 60-year-old. I feel that as long as I maintain that, it won’t factor in a lot. It’s not a song I’ll likely write.

“They Don’t Make ‘Em Like They Used To” is easily my early pick for song of the year, Will. It’s truly outstanding. Can you give me a little background on it and what was the impetus behind it?

Sean McConnell and I wrote that song together and it’s just really a conversation about fatherhood. That’s something that weighs pretty heavy on my as the father of two young boys. Sean is a father to young kids too. I think I had lunch with my dad that day before we started writing. So many of these songs that I enjoy and love the most just come out of conversations. That was really the crux of the whole thing. It was born from this conversation of what it’s like to have things change and how you raise your kids in this working man’s environment. Even though we’re musicians, we’re still the types that are in the trenches slugging it out. It’s not like we’re flying around on private planes or just counting our money. There’s this workmanlike mentality to it as a songwriter and artist. We just tried to reflect all of that in a song. [“They Don’t Make ‘Em Like They Used To”] instantly stood out to me as well, so I really appreciate you saying that and seeing the same thing.

There’s a look back in lyrics in storytelling on the album, but I know there was a similar approach in how it was recorded as well. RCA’s historic Studio ‘A’ was part of this process as well, wasn’t it?

Not to sound trite, but it was available. We were going to record really quickly after writing “Middle of America” and Studio ‘A’ was one of the places available. I had never gotten a chance to work there, so we jumped at the chance. At the time we were recording that song in there, it was going to be the last single recorded in that building. They were about to shutter it. That wasn’t really an honor that I wanted to be known for (laughter). So, I was really glad. We only got a chance to do that one song in there. But it’s such an inspirational place.

I’m sure that PR and management doesn’t want me talking about this, but we have future plans in there. There’s a whole other record that we have plans to do soon in that building. We need to get this record out and out of the way before we can do it. It’s a magical place and I can’t wait to do a whole record in there.

Are there some ghosts and energy that have some influence on you as an artist in there?

Yes, totally. They hang on you in a place like that.

You wrote “Guitar or a Gun” with Gary Allan. How did that come about?

Dylan Altman and I had some time scheduled to write with Gary as we were both working on a record. I have a lot of good friends in his band. I really wanted to get a song cut by Gary. I had started writing “Guitar or a Gun” and sort of had about twelve verses done to that song (laughter). I had all these alternate endings and alternate mid-sections. Did the kid buy the guitar? Did the kid buy the gun? One he buys the guitar and becomes a rock star. One he buys the guitar and becomes a failure. One he buys the gun and robs a bank. There were all these different things. I love the song and I called my manager when we were on our way to go work with Gary and told him about this song. He said that if I was in a room with Gary, I really needed to put my best foot forward. So I threw out this concept for a song and what we ended up doing was shaping the song and leaving it more about the experience. There’s no real resolution to it and I loved that idea. We took it down from this fourteen verse thing that no one would ever play into this actual song about something meaningful. It was great. We wrote two songs that day.

I like Gary a lot. Here’s a real guy and a real artist and it was great to work with him a little. I didn’t get to be on his record, but I got him on mine so I guess that’s the second-best way to do it.

I have one last question for you and this one’s meant open-ended. What is country music to Will Hoge?

I want to say it’s a great tradition with a great lineage. It is great stories. It is great stories which you can dive in. I think that’s what it’s always been and always will be. There will always be people that complain about the content or what is or isn’t country. But I’ve lived in Nashville for 42 years and it’s something that is always talked about. But at the end of the day, great stories and honest presentation always wins out eventually. We hope to honor that in what we do. I’m just honored to be a small part of it in any way I can be a part of it.

Listen to “They Don’t Make ‘Em Like They Used To”: